Straight From The “Hart”

People in Hollywood are always busy doing something, but Kevin Hart might just take the title of “The Hardest Working Man in Hollywood.” In 2014, he starred in three different feature films: Ride Along, About Last Night and Think like a Man Too. That may seem like a lot, but he also had supporting roles in Top Five and School Dance.

Even that isn’t enough for Kevin Hart, though, because he has his hit TV show, Real Husbands of Hollywood, for which he won the NAACP Image Award in the Best Actor in a Comedy Series Award. In 2014, the NAACP also named Kevin the Entertainer of the Year.

Kevin is an irrepressible comedian, and he shows no sign of letting up. He is currently releasing The Wedding Ringer, and in March this year, he will follow that up with Get Hard. And he’s already wrapped work on Ride Along 2, and has The Secret Life of Pets, Central Intelligence and Captain Underpants in production.

Wow, that is one crazy schedule!

Kevin did make enough time in his hectic life to become engaged to his fiancee, model Eniko Parrish.

I was able to talk to him about his new movie, The Wedding Ringer, a comedy co-starring Josh Gad and Kelly Cuoco-Sweeting.

KH: It was the great script. I got it about five or six months before we started shooting. And it had been sitting around for quite some time. You’re talking eight to ten years.

KW: Wow! What gave you the confidence to pull the trigger?

KH: I thought it would be a good vehicle for me, and would show me in a different light. It’s a film where I could display some versatility. That’s why I said I wanted to do it. It was different from any movie I’d ever done before.

KW: Did you worry that the premise was so farfetched that it might be hard to pull off?

KH: No, because it was grounded. Reading the script, as crazy and unbelievable as the premise was, the characters were actually grounded. The road to friendship between Jimmy [played by Kevin] and Doug [played by Josh Gad] was what I thought was really unique about the picture. It made it so much more than just a movie about a wedding. It’s really about a guy who told a lie, and his lie spirals out of control to the point that he hires somebody to kind of make that lie a reality. And along those lines, the two of them actually end up liking each and realizing that their bond was necessary, because it’s something that people need. These are two people who avoided friendship for so long because they thought they didn’t need it. But then they realize, “Damn! This is a void that needs to be filled.” And following through with that is what this movie is ultimately about.

KW: How would you summarize the message you want people to take away from The Wedding Ringer?

KH: That friendship is important, regardless of who you are, how tough you are, or how much of a loner you might be. The thought of not having companionship is not a good thing. It’s something that we, as humans, need. And I feel that once you get a dose of it, and it’s genuine, it’s something you want for a long time.

KW: Did you ever assume a fake personality or crash a wedding in real life?

KH: [Chuckles] Fortunately, no. The good thing about me is I haven’t had to fake an identity. Have I lied and done some stuff that I’m not proud of? Of course. But I’ve never had to be someone else, which is a good thing. When that day comes, I’ll know I’m doing something wrong.

KW: Did being surrounded by a lot of seasoned comedians like Josh, Kaley Cuoco-Sweeting, Jenifer Lewis, Affion Crockett and Cloris Leachman take any pressure of your having to carry the load in terms of making people laugh.

KH: Oh, yes. Of course! We had an amazing cast. The actors and actresses in the film brought so much to the table that it wasn’t about me being funny all the time. There were moments when I could sit back and let other people drive, which was refreshing. In the past, I’ve often been responsible for the humor, and had to generate those funny moments by myself. But, in this case, we could have pretty much handed that ball to anybody.

KW: Between making five movies last year and doing Real Husbands of Hollywood, youA’re the busiest brother in showbiz. And you have Get Hard with Will Ferrell coming out a couple months after The Wedding Ringer. How do you keep up the pace?

KH: I’m focused. I have goals I’m trying to accomplish, and the best way to accomplish those goals is to work hard, really, really keep my eyes on the prize, and understand what’s at stake. And now that I see what the possibilities are, it just makes me grind and work harder.

KH: Yeah, was I hand model? [Chuckles] The answer is “no,” but I wish someone would ask me that.

KW: Was there a meaningful spiritual component to your childhood?

KH: Yeah, my mom was very religious, heavily into church, and she kept me into church as a child. I’m not overly religious, but I am a person who believes in God. I understand that thereA’s a higher being watching over me, and that I’m blessed. So, I make sure to count my blessings and to say “thank you” as often as I can.

KH: My earliest childhood memory? That’s a great question. Probably trying to dress up like Michael Jackson when I was about three years-old.

KH: I see a good person, an all-around good individual who was raised well, who understands life, and who is trying to maximize the possibilities of what he can get out of it. I also see a good father and a good husband-to be. I could go on and on since I see a lot of good things in myself. [Chuckles]

KW: Congratulations on the engagement, Kevin!

KW: The Melissa Harris-Perry question: How did your first big heartbreak impact who you are as a person?

KH: You learn from it. It makes you a better person. It makes you stronger, even though it wasn’t a positive experience. You understand and you go, “Okay, this is something I should or shouldn’t do.” At the end of the day, that’s the beauty of life. A negative can be a positive, depending on the type of person you are, and how you look at things.

KH: With me, there is no difference. What you see is what you get. The only difference is that I cut out all Hollywood at home. I’m about my kids, and about spending time with them when I’m home. Nothing comes in between. It’s solely about them and for them, 110%.

KH: Oh my goodness! To be in three places at once.

KW: The Judyth Piazza question: Do you believe there’s one key quality all successful people share?

KH: No. I think successful people have a variety of personality traits. But one trait they might share is that they got to where they are by working hard. That’s something I know for sure that I do. With that being said, I don’t take a good work ethic for granted, and I don’t overlook it, and I’m quite sure otherse in my position don’t either.

KH: That hard work and dedication pays off. It’s very easy to say you want to get somewhere, and to speak those words. But it’s not so easy to appreciate the effort it takes to get where you want to go. Hard work pays off.

KH: As a great father, as a guy who was dedicated to his craft, and as a great example and role model to young kids, to show them that you can achieve whatever you put your mind to.

KW: What’s in your wallet?

KH: Thank you, Kam, I appreciate it. 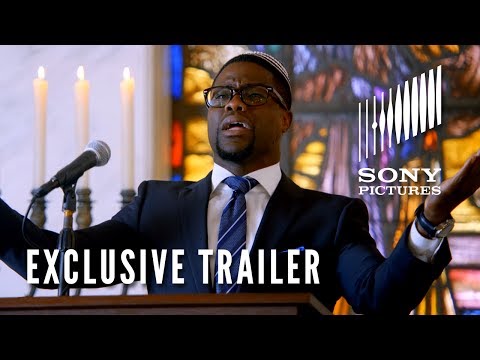