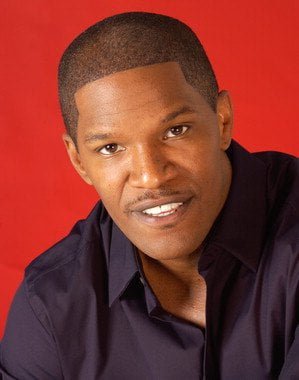 Born Eric Marlon Bishop on December 13, 1967, Jamie Foxx has come a long way from his humble beginnings in tiny Terrell, Texas. In the wake of delivering his career performance in Ray in 2004, he collected an Oscar, Golden Globe, Screen Actors Guild, an NAACP Image Award and countless other accolades for that unforgettable impersonation of Ray Charles.

The versatile actor/comedian/singer/musician has since released a Grammy-nominated CD, Unpredictable, while continuing to make more movies, including Stealth, Jarhead, Miami Vice, Dreamgirls, and his latest, The Kingdom, an international potboiler about an elite team of commandos with five days to find the madman behind the terrorist bombing of a Western compound in Saudi Arabia. Here, Jamie talks about his role as FBI Special Agent Ronald Fleury.

KW: Hi Jamie, tell me a little about The Kingdom.

JF: The way the movie opens, it gives you the history of how Saudi Arabia got into money. And once you get into money, all sorts of things happen. All sorts of compromises, all sorts of greed, and so all over the world that becomes the hotbed. Basically, we’re showing this camp where people who are working for the oil companies have this sort of paradise. It’s blocked off, and nobody can get in. But then there’s trouble in paradise. Somebody who’s hiding behind the veil of being a good Muslim is creating chaos by blowing people up. So, when my character’s friend gets killed in one of these explosions, I try to not make it personal, but then I just want to personally go over and see if there’s anything I can do to sort of get closure on losing my friend. And then, doing that, a beautiful thing happens. I meet another guy there who’s the same as me, a Saudi police officer [Ashraf Barhom] whose hands are tied, like how some police officers’ and federal agents’ hands are tied when they’re dealing with big things like this. So, we bond and get this friendship going, and through this friendship we both get the courage to go into that abyss of manipulation to really find out who this person is who’s causing all this havoc. And that’s the movie.

KW: how does Agent Fleury approach cracking the case?

JF: He has to incite the people over there who want these same things stopped in their community. And he does that by showing them that no matter who it is that when someone kills someone, no matter what you believe in, it’s a terrible thing. And it goes on both sides.

KW: And so a cross-cultural trust is developed.

JF: Yeah, and I see in Ashraf’s character that he really does want to do good, but he can’t, because it would be going against The Establishment, in a sense, against the wishes of those who don’t want this crime to be solved. Maybe there are some fear tactics in play. Whatever it is, I’m sensing that he really wants to do something good about it. I really want to do something good about it, and whatever happens to all of us, it just happens. To see it sort of evolve into this “I trust you now, and I’m really here to help you. And I see how we can make this into a positive situation.” is what’s golden about the film.

KW: How’d you like your playing opposite Ashraf Barhom?

JF: Ashraf is incredible. It was incredible to be able to work with him because he comes from a totally different place, and would look at us Americans like, “You Americans are very different from us. Different.” Those were actual moments that were happening on the set for real. So, to see that also captured in the movie was incredible.

KW: Would you then describe this as sort of a buddy flick?

JF: Yeah, it really is. Of course, dealing with the realness of the situation that’s going on in the Middle East, that’s where it rests. But it’s also beautiful to see how real people interact despite the extreme conditions all around them. Another thing that’s beautiful is how Peter Berg shows the Saudi and Middle Eastern people enjoying their culture, their religion and praying, and just being with their family.

KW: How was it having him as a director?

JF: Pete Berg is incredible, because he’s an actor’s director, because he comes from the acting side. I’ve watched his work on Chicago Hope, I had a chance to work with him before briefly in a film [Collateral], and I’ve seen his movies. When you’re working with him, he has three cameras going, and he just keeps going. Sometimes, he doesn’t even stop the tape, which is great for me, coming from the comic background, since improve is definitely in my arsenal. So, to be able to keep going, to keep rolling and to keep stretching in your character with each take was fun. And he’s a fun dude, too. He likes to keep it light, and that’s what it should be about. When you’re doing something in this business, it should be fun, and you should be having a good time while you’re getting things done.

KW: What was it like working with Jennifer Garner?

JF: It was a pleasure to work with her. You can’t say enough about how much heart she had, because she had to put up with a lot of testosterone. And she was nursing her little baby at the same time she was shooting all these action shots. It was amazing to see that process of how she was giving 110% to this movie and 110% to her daughter. I think she’s the strongest person in the world to get back into shape after having a child and then dealing with those working conditions in the desert.

KW: What was it like shooting on location in Abu Dhabi in the United Arab Emirates?

JF: It was great. They opened up the doors to the palace, 855,000 square kilometers of just the most beautiful architecture you’ve ever seen. They treated us like royalty. Any food you wanted was there. Hats off to them. And they even got a chance to see the film. You know that a film is good when even they appreciate it and embrace it. It was just beautiful how they treated us. I can’t wait to go back and experience some more.

JF: That heat was something else. Luckily, we were able to start shooting early in the morning, and be done by one or two in the afternoon, so it was great.

KW: Did you enjoy shooting the action sequences?

JF: Yeah, that’s what I like, when they get to shooting them guns, and chasing people, and fighting and falling and all that kinda stuff towards the end. I loved that. Basically, what happens is we’re on our way out of the city and we know that we’ve kinda solved the crime and yet we kinda didn’t solve the crime and one of our guys [played by Jason Bateman] gets captured. So, we have to go get him, and that’s when everything goes absolutely haywire. Then there’s a chase and a shootout and fight scenes that are absolutely incredible.

KW: What should audiences expect to get from The Kingdom?

JF: What you can expect to get from this movie is a ride, to really latch onto these characters and to forget about the whole political thing. You’re just riding on this wave of emotions with the characters that doesn’t stop till everybody’s exhausted at the end after the payoff. So come ride with us on The Kingdom.