Today I had the opportunity to ask Zachary some questions about his filmmaking. Hello Zachary tell me about yourself? 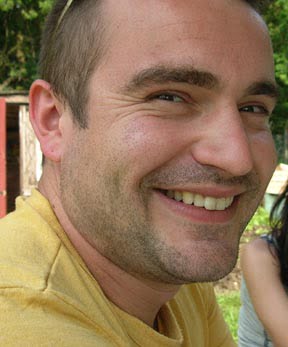 My name is Zachary Denman; I am 28 years old and live in London City. I was brought up in Kent, and then moved to London at the age of 16 to pursue my art career.

I attended Art College to study a fine art degree at the age of 19 focusing on making short experimental films/video installations. My main focus throughout college was in editing/post production, I started on the Media 100 and then the famous Final Cut Pro was introduced and a revolution in digital filmmaking had begun.

During and after I finished college I worked on various stalls/markets selling my own hand painted craftwork. Also making experimental video works, which were screened on various on-line websites as well as some fringe festivals.

In 2002, I set up my own postproduction company ODC pictures in Warren Street, London mainly editing reels and promos, some short films. Soon my work expanded into doing visuals for various London clubs & bars.

In 2004, I began to focus on telling narrative stories and started writing scripts. I fully understand story and the pieces needed to complete the script. Through studying various books and watching 3 to 4 films a day, you begin to understand all the elements needed to complete a film. But what I love about film is you are forever learning. You can read or see how it works, but the main thing is how you do it as an individual, that’s magic!

I believe film to be the most powerful medium in our world today, so this has encouraged me to make films with messages that carry meaning. A film can change your life, so it must have soul and extract something from the world we are living in today. Films are to make you think objectively about where, why and who you are. 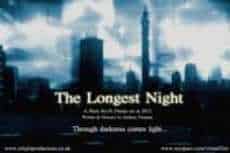 Share with me some insight on the film “The Longest Night” and what was your inspiration to produce this film?

My reading of The Mayan Calendar influenced “The Longest Night.” The Mayans were an advanced civilization that built a calendar spanning over 26,000 years on earth; some people say the whole universe. All the dates mentioned within the calendar correspond to huge major world events that have happened on the earth. The film “The Longest Night” is based around what the Mayans called the zero date, where there calendar ends on December 21, 2012.

This cycle only happens every 26,000 years and it is called the galactic alignment, where there will be a planetary alignment that is very rare.

Many tribes and religions predict that its effects will be the end of the world, but there are many theories. I found this whole concept amazing and I wanted to translate this into film somehow. Then I wrote “The Longest Night” which I plan to develop in to a feature film later this year.

How long have you been involved in filmmaking?

My first experience on set was when I was 16 and I have worked on and off sets for the last 12 years. After moving to London, I met an Art director who got me working on some film sets and that is when I knew that I wanted to make films.

Tell me about some of your other films and projects?

I have my other short film “The Human Experiment,” which I wrote, produced, animated, edited, filmed and did the music for being developed into a feature at the moment. I am also directing a couple of music videos this year.

What do you look for in an actor/actress?

I love passion and belief. Someone who has drive and is willing to do what it takes to get the best performance. They must be able to let themselves go.

Will your films be released on DVD and will they be submitted into any festivals?

“The Longest Night” will be submitted to Sundance, Cann, Raindance, Portabello, Encounters and many more. It is still going through the submission process at the moment, but I am confident it will get there.

The films may be screened on all on-line websites and web streamers.

When “The Human Experiment” is completed as a feature this may go to the cinemas, but will certainly get a DVD release, so look out for it!

For more information go to: www.inlightproductions.co.uk.

Thank you very much for the wonderful interview Zac and keep up the great work.