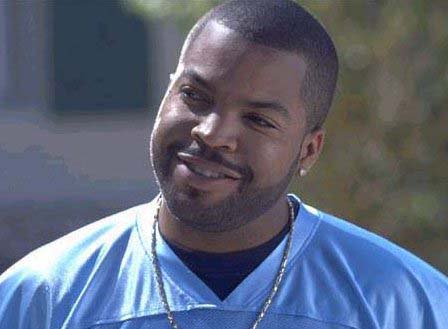 O’Shea Jackson, aka Ice Cube, was born in L.A. on June 15, 1969. The West Coast gangsta’ rapper found fame as a member of the group N.W.A. whose first album, “Straight Outta Compton,” featured the popular thug anthem “[Expletive] the Police.” Ice eventually branched out, embarking on his own not only phenomenal solo career, but also kick starting the successful careers of many aspiring hip-hop artists as a producer and collaborator.

KW: Does this sequel pick up right where the last movie left off?

IC: The Persons, we are a family now. We’re living in my small, cramped condo, and it’s time to get a bigger spot. That’s where all the problems come. That’s why the movie’s called Are We Done Yet. Because we buy this nice house, and realize it’s a piece of junk. That’s where the story kind of takes off and you get all the laughs that you got like the first one.

IC: It’s cool to have him like another dynamic. So, it’s not just me and the kids, but it’s me and this dude, Chuck, who keeps poppin’ into our lives. This is a small town, and he tries to wear every hat in town. So, he’s the realtor, and then when he comes back, he’s the carpenter. Everybody we need to fix the house, here he comes with that hat on. He’s just like a bolt of energy.

KW: How is Nick’s adjustment to life as a married man with an instant family?

IC: Everybody’s trying to get comfortable with each other. Nick, he’s going from being a bachelor, kinda’ living life like he wanted to, to being a family man. What I like about Nick is he doesn’t go from being cool to corny. He keeps his personality, and tries to fit it in with this family life, which is what most people try to do. So, I think most people can identify with him, especially adults who are familiar with this situation.

KW: How did you like being directed by Steve Carr again?

IC: Steve had the potential, the energy, and the vision to be a great director. We gave him his first shot on Next Friday. It was cool to come back after he had some big movies under his belt [Dr. Dolittle 2, Rebound, Daddy Day Care], and work with him, and see that he knows what he wants. It’s just been one of the easy and most laidback projects that I’ve worked on, because I know Steve’s going to be there, he’s going to be cool. Steve never has an attitude. He’s always ready to go. And I can’t wait to work with him again.