Technology has been shrinking distances, bolstering quick and long-distance communication in real-time, and also taking the passion for filmmaking to cyber space. Now you don’t need to enter your films in festivals through hard copies and take time for in-person attendance of film festivals, thanks to Fan Boy Film Festival.

Michael Kanik is the founder of the Fan Boy Film Festival that offers the opportunity to filmmakers for getting their films entered and selected entirely online. In the e-chat below, Michael tells how online festivals like his encourage filmmaking in today’s world of fingertip technology.

Ernest: Would you agree that the idea of an online film festival is unconventional? Did you feel it was challenging?

MK: Absolutely it is. It’s very disruptive to the traditional process, but I like disturbing the status quo. And the inspiration comes from my brother. He actually co-launched the first online film festival a few years ago. It was fairly successful. But I thought it needed to be pop culture-focused and given away for free-AND with PRIZES! He walked away from it, so I decided to launch my vision of an online film festival. It’s actually a lot more work to pull one off than people realize. But it’s been fun. 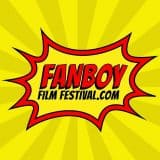 Ernest: What was on your mind when you decided to go ahead with it?

MK: I wanted to give people a chance to attend a film festival without the lines, without the lotteries in hopes to see the movie they want. Fan Boy Film Festival takes out the headaches from film festivals and lets you enjoy the films in the comfort of your home. I also wanted to create a platform where artists (filmmakers) – I refer to them as artists because I think every filmmaker is creating art – can share their work without having to deal with the traditional Hollywood B.S.

Ernest: Do you believe the online voting system by viewers shifts the authority of judgment to the public, rather than a select few experts or critics?

MK: We hope so. We don’t believe in stuffy judge panels or secret dark room meetings by “Hollywood veterans” who decide on the merit of a film. Ultimately, we believe that it’s the fans who should judge a film. That’s why the winners are decided 100% on votes by registered Fan Boy users. If it’s good, let the fans decide it. No politics.

Ernest: And do you think it’s a strength of the festival?

MK: I think it’s more than just a strength. I think it’s an advantage. If you are a filmmaker, who are you actually making your film for? Is it to impress some guy who doesn’t really care about you, but only the money he can make on your film? I think most filmmakers are trying to create art to share with the masses. . The Fan Boy Film Festival is a platform where artists (filmmakers) – I refer to them as artists because I think every filmmaker is creating art – can share their work without having to deal with the traditional Hollywood B.S. and they will only get judged by the people who really matter.

Ernest: How does your festival’s voting system ensure transparency and prevention of deception? I mean viewers could vote more than once under different IDs for the same film, or no?

MK: We have a very sophisticated backend system that helps track IPs and preserves the legitimacy of our voting system. We’re always a few steps ahead of that kind of behavior.

Ernest: Awesome! One thing that interests me about your festival is the category of fan films? Is that why the festival is it called Fan Boy Festival?

MK: It’s actually called Smart Device. Today, anyone can create a film. I just saw a few high schoolers shooting a film in the park today. More and more people are creating films on non-traditional equipment like a smart phone or tablet. We recognize that and thought that should be a category. You’ll never see one of the big film festivals create a category like that, or offer a prize. At least not anytime soon. Not until it becomes mainstream. You can make a good film on a smart device. And if it’s good, the Fan Boy voters will let you know.

MK: We accept all formats. And yes, submitting as well as viewing is 100% free! All anyone has to do is register for a Fan Boy Film Festival account.

Ernest: What are some of your sponsors and how did they become interested in the festival?

MK: We have some pretty generous sponsors and donors. We have Inktip, Totally Pop Culture, and Video Maker Magazine. We have some other sponsors that have yet to be announced.

Ernest: Is there going to be an award ceremony to give away prizes in person, like conventional ceremonies? Or will awards be announced online and prizes shipped to winners?

Ernest: Are there any particular advantages of online film festivals like yours that make you think that these are the future of film festivals?

MK: Everything is online these days. Once filmmakers stop thinking inside the box and start accepting this is the way of the future, you’ll see more and more of them embrace this and demand conventional festivals offer an online option. It’s just a much more streamlined process.

Ernest: In closing, what is one word that comes to you when you think of a film festival?

Ernest: Michael, thanks a bunch for taking time for this chat!