Ava DuVernay has worked in the world of film as a marketer and publicist for more than 14 years, forming The DuVernay Agency in 1999. Her award-winning firm has provided strategy and execution for more than 80 film and television campaigns for acclaimed directors such as Steven Spielberg, Michael Mann, Robert Rodriguez, Bill Condon, Raoul Peck, Gurinder Chadha and Reggie & Gina Bythewood.

Here, the brainy and beautiful businesswoman-turned-filmmaker discusses her directorial debut, “This is the Life,” which offers a rare insider’s view of the underground urban music movement in Los Angeles. Already the winner of Audience Awards in Toronto, Los Angeles and Seattle, this riveting documentary about the roots of rap has just been released theatrically by Forward Movement and is set to debut on Showtime in April.

KW: Hi Ava, thanks for the time.

KW: Congratulations on your directorial debut! How was the premiere party at The House of Blues?

AD: It was unbelievable and unforgettable… Truly a remarkable night… To have all these amazing artists reunite in celebration of our documentary was a dream come true.

KW: What interested you in making This Is the Life?

AD: Well, I was a part of The Good Life movement as a young artist. Eventually, I went on to handle publicity for studios and networks, to work all over the world, execute huge premieres and red carpet events, but in all that time, I never experienced anything as creatively pure as I had at The Good Life. When it was time to make my first doc, I knew it had to be about that very special place.

KW: What prior experience did you have with directing?

KW: How did you prepare to shoot this movie?

AD: The most extensive preparation was in connecting with and relaying my vision of the story to all the participants. This film is the true story of many people’s lives, so beyond the obvious technical preparation, it was the personal connection and building of trust that was at the forefront for me throughout the process.

KW: How was it seeing old friends over the course of the shooting? Had you kept in touch with most of them?

AD: It was wonderful to not only see all the old friends, but to have the opportunity to sit down and have long conversations, really delve into the memories. It was a beautiful time for me personally.

KW: You were once an aspiring rapper? How would you describe your style?

AD: I don’t know if I was ever an aspiring rapper, as in aspiring to have a record deal and be a rap star. I liked to express myself through rhyme and to practice lyrical patterns that were unusual. I liked to hang with my friends who were all rhyming. I liked being a part of The Good Life family. At the time, I was doing what I loved, and not really thinking much beyond that – in terms of commercial viability or aspirations.

KW: Were you disappointed when you didn’t make it as a rapper?

How did you feel when Eve exploded with your rap nickname?

AD: No, not at all. I never pursued it like that. I was a student at UCLA and was just a local young woman enjoying the hip hop scene. It was never really meant to be more than that. 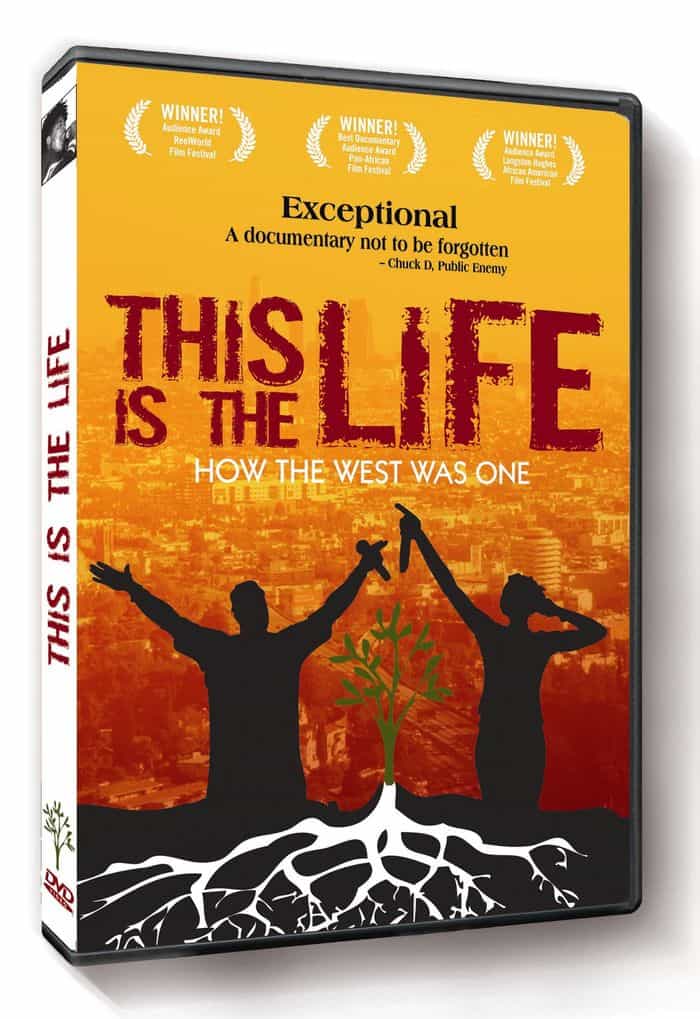 KW: What famous rappers would you say were influenced by performers in This Is the Life?

AD: In the film, we explore the connections between several emcees of note and their Good Life counterparts. Particularly, Ice Cube and Bones Thugs & Harmony. We lay it all out for the viewer to judge the influences for themselves.

KW: Do you still get up on stage anywhere on open mic night?

AD: No, I’m no longer performing.

KW: Then, where can folks go to hear a sample of your rapping?

KW: Which do you enjoy more, rapping, directing or being a publicist?

AD: Oh wow! What an interesting question. I’m proud to say that I am someone who very much tries to remain in the moment. At each of those moments – as an emcee, as a publicist and now as a director – I am completely immersed, completely present, completely enjoying it. I can’t say I love one over another because as I was doing each, I loved it through and through.

AD: I am happy, and hopeful, and healthy, and here! What more can we really ask for?

AD: I live in what Angelenos call “The Valley.” Sherman Oaks, California to be exact.

AD: Yes, whenever my ego starts to get the best of me – I know that’s just fear rearing its ugly head.

KW: How do you feel about Barack Obama’s becoming President?

AD: I feel empowered to do just about anything. If he can achieve his dream, I can achieve mine, and you can achieve yours. Whatever they may be.

KW: What was the biggest obstacle you have had to overcome in life?

AD: Last night, at a screening of THIS IS THE LIFE. An emcee performed an amazingly hilarious freestyle after the show and we all fell out of our chairs.

AD: Be not afraid.

AD: Thanks, Kam. It’s an honored to be interviewed by you. Keep up the great work!