We were heartbroken to hear that there is a search underway for 16-year-old sailor Abby Sunderland and that she is feared lost at sea. When she embarked on her voyage, her mother Marianne Sunderland spoke with momlogic about her daughter’s journey.

Here are some of the highlights of that interview from January 29, 2010:

ML: How is Abby doing? 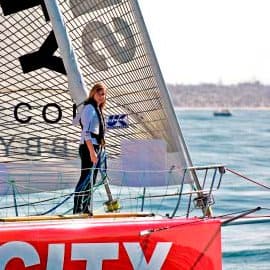 Marianne: ML: As a mom, how do you keep yourself from going sick with worry?

Marianne: Sometimes I wake up during the night and I think about what could happen and think of her out there alone on the ocean. I start to get nervous. But I believe that God controls the wind and the waves and whatever comes to her.

I hated watching Zac be uncomfortable and go through struggles, but he learned from those and was able to use the skills he gained later when he really hit bad weather or any sort of trouble.

I keep telling Abby she’s encountering any glitches or problems for a reason, and it prepares her for the next thing. I said, “When weather is rough, or you’ve got an autopilot glitch later on, you are going to know this boat like the back of your hand.” 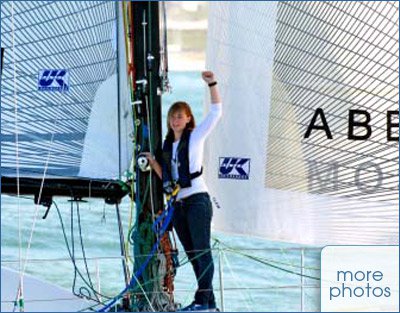 ML: Do you think people are more critical of Abby sailing solo than they were of Zac, simply because she’s a girl?

Marianne: I think that for some, there is a bit of a gender bias. Some people are more critical because she is a girl. And her route is more dangerous. But Zac got a lot of flak, too. I don’t really see that as a major issue.

ML: What would you say to other moms who are maybe too worried or nervous to let their kids follow their dreams?*

Marianne: Look at your own life. Think about your kid in the future when they are in their late 30s or early 40s and have followed someone else’s plan their entire time on the planet. They went to school, got a degree, got married, got a house. Maybe they’re successful, but they’re not really fulfilled. In the long run, they are going to be their own person. I think you have to remember that.

I also think every kid is different, and every parent is different. Some are more prone to trouble than others. But Abby is a good kid, and I trust her completely.

I understand that need to protect, but you’ve got to let go at a certain point.

Our thoughts go out to Abby’s family in this difficult time, and we hope that she is found safe and reunited with her family soon. We will keep you posted as this story develops.