The Hollywood Sentinel shares an entertaining and exclusive interview with Sherri Murphy, founding CEO of the matchmaking agency Elite Connections.

Hollywood Sentinel: For those who do not know, please tell us who you are.

Sherri Murphy: Wife and Mother. Mama Sherri; that’s what my granddaughter calls me. CEO of Elite Connections, owner and founder. I love animals and haven’t eaten meat for 40 years. I rescued two pugs from Pug Nation L.A. I’m an adventurous person. My husband and I have traveled all over the world. We have a house in Costa Rica and go there a few times a year. I still ski off the top as fast as anyone and play tennis with some fun guys in Westlake, California. 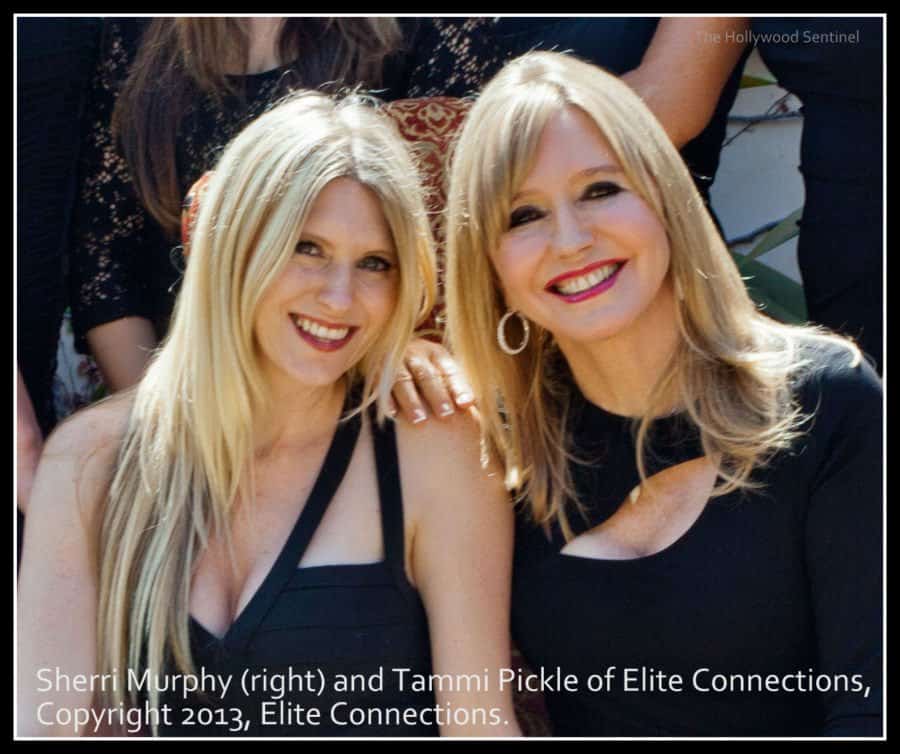 Hollywood Sentinel: What motivates you as a person?

Sherri Murphy: I enjoy helping other people. I am happy and love being married. If I have a client that wants the same – I really want to help them find true love. I’m a competitive person. We have some ruthless people in our industry. They have pushed me to be more successful than I ever thought I would be. I think if I retired all these great matchmakers would not have a job that they really love. That motivates me. Our job is stressful but we all have fun. It’s a family. I set up an Elite Connections Adventure Challenge. The matchmakers are all working hard to win a trip to Costa Rica. I’m renting a guard gated ocean view estate and hopefully we will all go together, it can’t all be about work. I want to have fun with our matchmakers and for them all to be successful.

Hollywood Sentinel: Please tell us about how Elite Connections began.

Sherri Murphy: I was a single mother of two struggling in the real estate biz. I wouldn’t date anyone I worked with or from my tennis club. I wanted to keep my dating life private. My friends posted personal ads. There was no way I would ever meet a stranger. I’d never have put my info on the web. A matchmaker called me. I joined and met Bill my husband on my first date. But I left that date thinking what an awesome way to meet people. I started my company 2 weeks later.

Hollywood Sentinel: Why did you decide to start Elite Connections?

Sherri Murphy: I was attacked by a serial murderer – I got away, he didn’t hurt me but I helped catch him.

Sherri Murphy: Once you’ve been through something like that you are much more aware of the dangers in life. I wanted a safe way of meeting quality men. I’d been divorced more than once and thought one day… How do women meet men that have good professions? I couldn’t stand talking about real estate and would never have been with a man in that profession. I worked for first time buyers and they were mostly married. I thought, would I be alone forever? So I tried something different and joined with a matchmaker. There was a need for a lot of people like me. There were nice together people out there… But where were they? They were working, or hanging out with their family on the weekends – like me. We needed someone to put us together.

Hollywood Sentinel: Did you ever work at another dating agency?

Sherri Murphy: I bought into the agency that matched me. But we didn’t see eye to eye on how the Company should grow. So I started my own business right away.

Hollywood Sentinel: Have you ever used a matchmaker service? If so, what was that like?

Sherri Murphy: The company I joined used video. Everyone except actors were terrible in the videos so you really had to have an open mind to meet anyone. The matchmaker lied about my date being single (divorce pending), his job and where he lived. He lived On the beach – yes. But in a run down apartment But I married him four years later anyway and we have an awesome life together.

Hollywood Sentinel: What is the biggest misconception people have about Elite Connections and matchmakers?

Sherri Murphy: That its an easy job and you make a lot of money. It’s a very hard and stressful job. You are dealing with someone’s heart and ego. It takes a long time to build a successful business. It doesn’t happen over night. That’s why companies come and then are gone in two years. They focus on making money not making the clients happy.

Another misconception is that only losers join. It’s the farthest thing from the truth. Together successful people come to us. People serious about settling down. They are busy with work, with their families. Everyone dates on their own. They just want a pro to ramp it up and help them meet quality people that are serious about finding the right person. They don’t want to waste their time on the wrong people.

Hollywood Sentinel: What is the hardest part about your job?

Sherri Murphy: When people are so rigid in their criteria. Say a woman comes in. She’s 45 5’4″ and will date up to 47 and over 6 feet. Seriously – you could be passing over the love of your life over 2-3 inches. It’s LA. And people want perfection, but there is no such thing.

Bruce Edwin: If you could change one thing about the dating field, what would it be?

Sherri Murphy: That men would be more open minded on looks and give a nice woman a chance. Women do! I wish That people would give each other three dates before they blow people off. I seriously thought my husband and I would just be friends. It was five to six dates before I really started to fall for him. I’ve had men tell me – I’m not asking her out again because she said she wants to be friends. I have enough friends. I say that’s a great start… Go out again. I told my husband – that I wanted to be friends. It’s a great place to start!

Hollywood Sentinel: What is the strangest thing that has happened to you in your job?

Sherri Murphy: My ex-boyfriend signed up with us. But he was a good guy and we’ve stayed friends. I mailed a girls profile to a client for his first date. He called me up and said “is this a joke? I think I know this girl. I lived in Atlanta and met this cute girl in a bar. We kissed but I was moving to California and didn’t keep her number.” It was the girl he’d made out with. She had been visiting her dad in Atlanta And so i put them together and they dated 6 months. It didn’t last. But they both were thinking about each other and out of one thousand women I picked the girl he was thinking about. Funny right?

I sent a profile to a woman that was sick of dating. She told me no she was taking a break. I insisted that she meet him. And told her I’d never match her again if she didn’t go on the date. They were married a year later. My daughter picked out my date from my matchmaker’s clients (she was 13). my daughter has been a matchmaker for my company 10 years now and our V.P.