Recently, I met with JD Cowels of www.allspicecafe.com. He never would have guessed that going to college in upstate NY in the 70’s would have brought him down the road of hot sauces today? Created in the mid 60’s at the Anchor Bar in Buffalo, NY, wings were the rage at many of the college towns in upstate NY back when he went to school. Coming across a basic recipe for a wing sauce he started to experimenting and changed it up quite a bit. He never thought about selling the sauce, it was used as a grilling sauce, mixed with chili, on eggs and home fries, mixed with salad dressing, the list grew on and on. For the next 15 years the sauce would be brought to barbecue after barbecue, super bowl parties and many other events.

His day job at Kodak had him traveling all over the world and through some work friends he got a reputation for liking hot and spicy foods. Hot and spicy Thai and Indian foods quickly became some of his favorite foods. Many of his new friends also started liking the hot sauce (by the mid 90’s referred to as Cayenne Habanero) and started hounding him about selling the sauce. 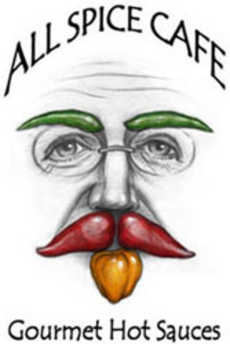 JD, has won many awards including the Caribbean Spice taking 1st place in the Hot Pepper Awards in Manhattan in 2007. More recently he won “Best of LA” as the best hot sauce. “The awesome thing about this is you can’t enter the Best of LA, they find you!” 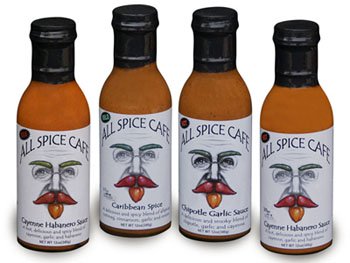 The Coastal Vineyards Salsa and Hot Sauce Club says turn up the heat to the great salsas and hot sauces of www.allspicecafe.com