Los Angeles has thousands of eating establishments which I really like. One of those eateries is FIN Asian Tapas, owned by restaurateur Mike Flanigan. Born in Ireland, Mike learned the business of customer relations when he was 12 years old collecting glasses at his Uncle’s bar. Later, he worked at other bars.

Mike also learned to enjoy some of the finest beers at 15. As life would have it, young Mike had his own ideas of exploring life and after learning the business of cooking, decided to travel to the United States and become an electrical engineer. However, with long hours and no creative way to use his talents, he entered the real estate field, and four years ago, he opened Fins.

The eclectic cuisine served at Fins is amazing in that the sauces are prepared with several flavors incorporating French, Mexican, Korean styles. The atmosphere is that of a contemporary style but simplistic.

My guest who joined me had just returned from a trip form St Petersburg and Iceland. Tom Hallick, the former star as Brad Elliott on “the Young and Restless,” was joined by his wife, Yin Jiang, a concert violinist with Andrea Bocelli and New West Symphony.

During the course of our conversation with Mike, Tom spoke about one of his first loves as the first to host Entertainment Tonight. One of his extraordinary experiences was interviewing Siegfried and Roy at The Frontier Hotel. While Tom had one camera on him and one on Sigfried and Roy, into Tom’s line of sight comes a 600kg Bengal Tiger around the corner of their apartment to the couch Tom was sitting on. Tom didn’t miss a beat during the interview, while the cat was purring. He did however, sneeze a lot, since he was allergic to cats.

During our conversation, we were served hors d’ouvres which consisted of Beef Gyoza, a pan fried beef dumpling with lobster cream sauce shrimp tacos, and Vegetable Cut Roll, consisting of asparagus, gobo root, avocado and cucumber.

Other items included a Seaweed Salad, prepared with chuka, wakame, suginorshiro seaweed, with a tosazu dressing. “This is the best seaweed salad I’ve had in a very long time,” Yin said. 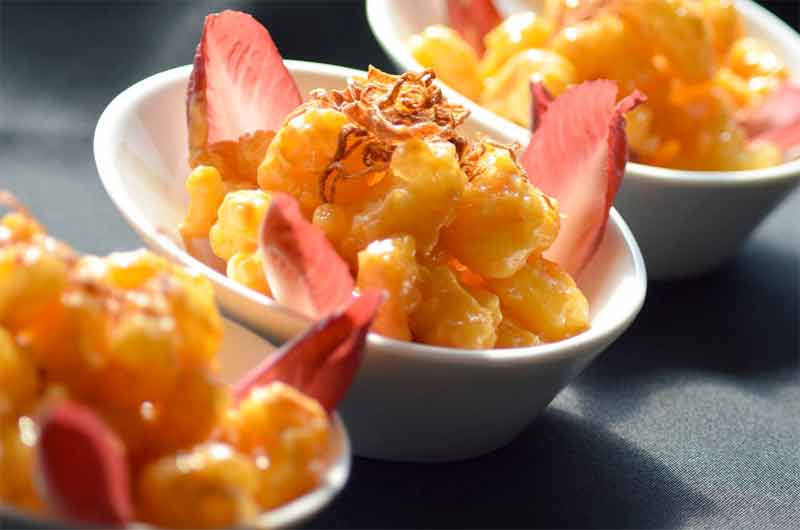 After course one and two, our third course was most enjoyable. The Yuzu Beurre Blanc Grilled Salmon was terrific. The Atlantic salmon was prepared with sake, carrots, green and yellow zucchini. We were also served a Ribeye Steak, prepared with ginger, garlic glaze, yukon gold shishito mashed potatoes. 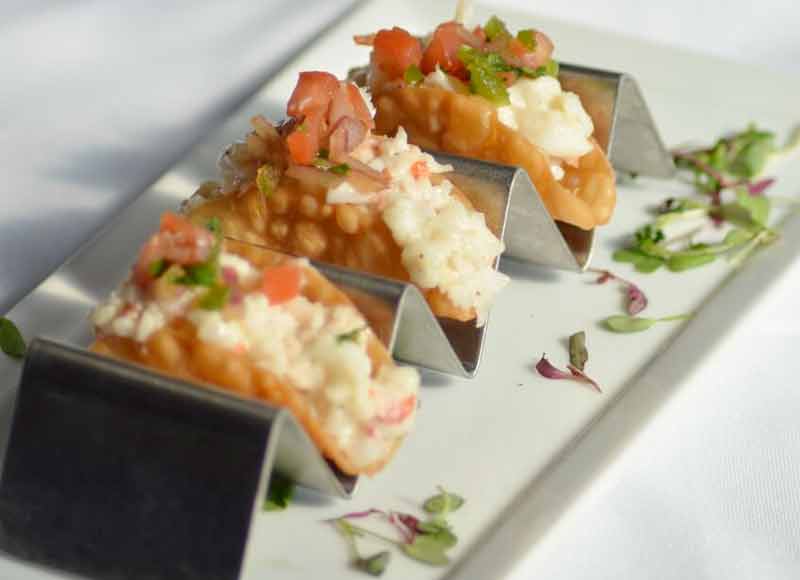 The final entree was a Grilled Tofu prepared with apparatus, shitake mushrooms, carrots, and a garlic soy broth. “This is as good as it gets” were the words from Tom Hallick.

Even though we were really full after this beautiful meal, there is always room for dessert. And what a dessert it was! A fresh cheese cake, creamy chocolate, and a Key lime charon pie. Amazing!

All three of us, Tom Hallick, Yin Jiang and I, were really in awe of the fabulous presentation of every meal, which you can clearly see in the photos. 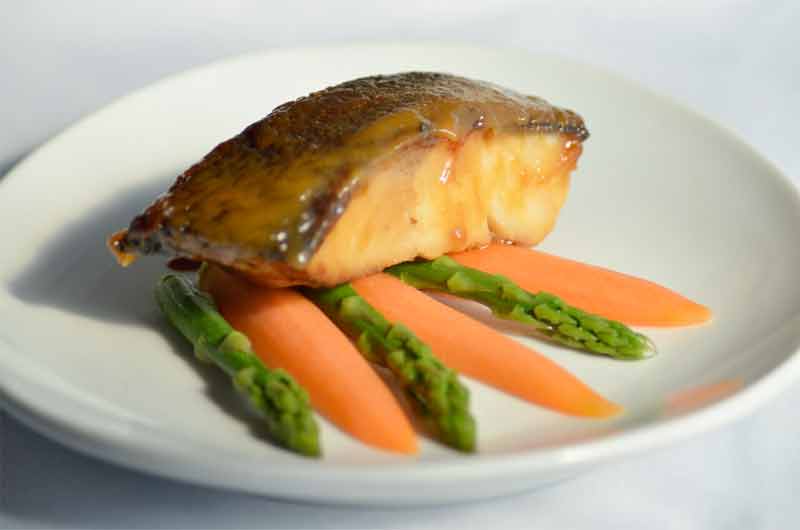 Our evening didn’t end there. Mike sent us to walk around the front of the restaurant and down the side, to the back of the restaurant. There we found The Alley, a plush cocktail lounge with sucker couches and live music.

It was the perfect ending to a wonderful evening. 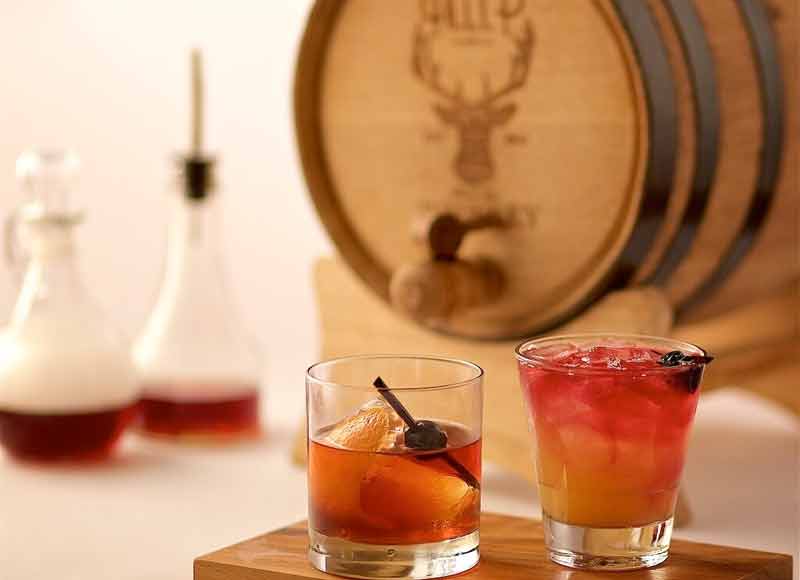