There’s a history to the planting of lawns. That may be part of why I hate to lose my lawn to this drought.

Remember when grass was something your dad mowed once a week? And pot was a kitchen utensil your mom cooked dinner in? Well, to many of us who grew up in the days of WWII, grass still means only one thing; it is that soft, cushy green stuff we walk barefoot on in the summertime, and ran bare bottomed on when we were kids dashing through mom’s backyard lawn sprinklers.

Strictly speaking, there is no single plant called grass. The word actually refers to an entire botanical family, the Gardenia, which numbers some 5,000 species, including corn, oats, rice, sugarcane, bamboo, and citronella. All share certain structural characteristics as well as the unusual faculty for growing from the bottom up – that is, new leaves appear at the base, not at the tip. Older ones wither and turn yellow at the top, which explains why grass must be mowed repeatedly.

The idea of covering our yard in a mixture of grasses was more rampant in America than anywhere else in the world. But it was in England that the trend had its roots in the early English landscape garden movement.

Why Do We Americans Care So Much About Our Lawns? 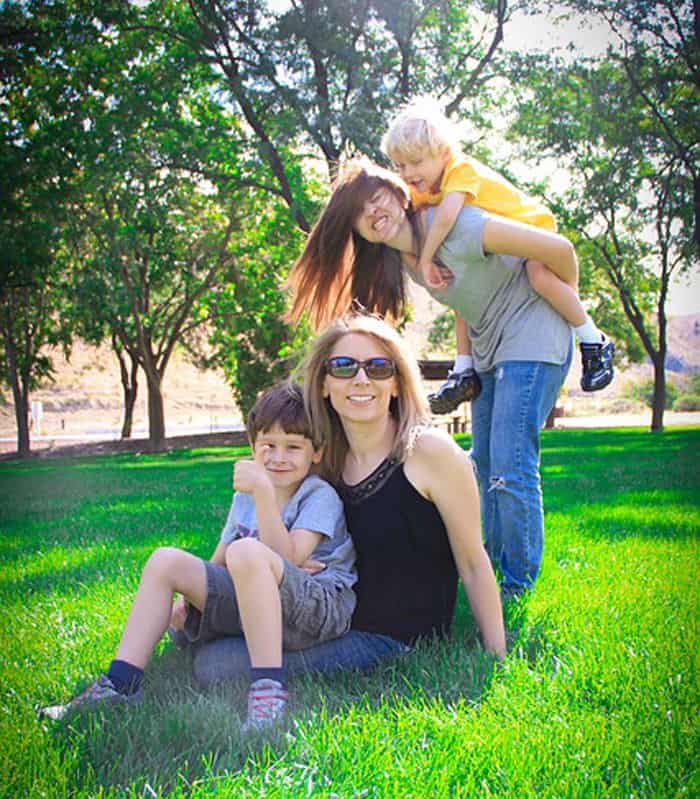 As far back as the 1830s the American horticulturist Andrew Jackson Downing depicted Americans as a transient people who, through gardening and horticulture, formed an attachment to a place.

Since those early days of growing a lush, green lawn, Americans have poured money and pesticides into keeping their grass green and well maintained. Despite the air pollution caused by maintaining our lawns, the truth is they do much more good for the environment than harm. Mississippi Agriculture Forestry Experimental Station tells us that grass is as necessary as the air we breath. According to their research, the home lawn and the turf areas surrounding churches, parks, and office buildings do more than just serve as a pleasant green backdrop. The grass plants that make up the lawns serve as miniature air-conditioners and pollution-abatement centers.

On a block of eight houses, the front lawns have the cooling effect of 70 tons of air-conditioning. The plants, in transpiring water to cool them, also cool the surrounding area. Roughly 50 percent of the heat striking a turf area is eliminated by transpiration. When the temperature of the sidewalk is 100 degrees f, the temperature of the adjacent turf remains near 75 degrees. This cooling may last into the night, with studies showing a 13-degree cooling at 9 p.m. This air-conditioning is not free, however. An average 5,000 square-foot lawn transpires about 3,000 gallons of water on a hot summer day. If this water is not supplied by rain, it must be applied by some other means. 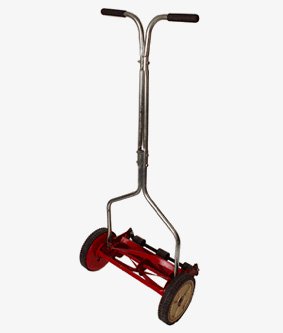 One of the most significant by-products of a living green backdrop is its effect upon the atmosphere. A 250-square-foot lawn produces enough oxygen for a family of four. The average lawn traps significant amounts of carbon dioxide, peroxyacetyl nitrates, and ozone as well as particulate matter.

There are four ways to plant a new lawn: seed, sod, sprigs and plugs. Seed is the traditional way, and has the advantage of relatively low cost. If you’re planting a large area, seed is probably the way to go. Over the last three decades, turf grass sod has become widely available. Somewhere, somehow, most grasses are available as sod. Sod is a good choice when the planting area is smaller, or when tehre is a lack of time or resources to nurse a seedbed until germination. Think of sprigs and plugs as pieces of sod: they’re essentially the same as sod, but divided into smaller units. Plugs are actually small squares of sod, and sprigs are pieces of mature lawn grass that can form roots and grow. There are a few lawn grasses, such as hybrid Bermuda, St. Augustine, and some zoysia varieties that are available only as sod, plugs, or sprigs.

The kind of grass that you can plant as seed include bahia, bent, Bermuda, blue grama, buffalo, centipede, fescue (all kinds), bluegrass, ryegrass (both annual and perennial), and some zoysias.

Bahia grass (Paspalum notatum) is a tough, coarse grass that is popular in the Southeast as a low maintenance and generally low quality lawn. 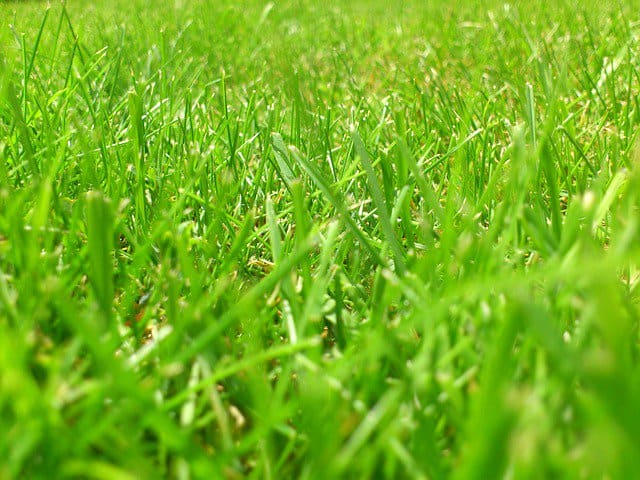 Bermuda grass (Cynodon dactylon) is the most important lawn grass of the Sun Belt. It has all the essential characteristics a lawn needs for those regions – heat and drought tolerance primarily. The very aggressiveness of Bermuda is also it’s key disadvantage. When creeping Bermuda invades flower beds and ground cover, it’s called “devil grass” by frustrated gardeners. Bermuda grass is tough and fast growing enough to be one of the most popular grasses for sports fields. It’s good for pet owners for the same reasons: damage from whatever cause will repair quickly.

Blue grama grass (Bouteloua gracilis) is a North American native grass that is well suited to the northern plains. Like Bermuda grass, it grows best in summer and is drought tolerant.

Buffalo grass (Buchloe dactyloides) is, like blue grama, a North American native grass, a once dominant grass of the vast American short-grass prairie. For obvious reasons, it makes good sense as a lawn grass in much of the low-rainfall West.

Centipede grass’ (Eremochloa ophiuroides) prime virtue is its ability to survive and even thrive in acidic, poor soils. Because temperatures below 50 degrees kill centipede grass, only gardeners in the southeastern United States (and parts of Hawaii) grow it.

Fescue, tall or broad-leaved (Festuca arundinacea). Traditional varieties, such as ‘Kentucky 31’ and ‘Alta,’ are tough and coarse-bladed pasture grass. But now many improved varieties are available that nearly match Kentucky bluegrass in look and feel.

Kentucky bluegrass (Poa pratensis). By far the most popular type of lawn grass for most of the northern half of the country. It is also planted further south, usually in areas with significant coastal influence, such as coastal southern California. It grows there, but long term survival is rare.

Ryegrass, annual (Lolium multiflorum). Annual ryegrass has one redeeming virtue: its low cost. For that reason it is often used to overseed dormant warm-seasons grasses in southern regions. Because it prefers cool temperatures, most will die out of a warm-season lawn once hot summer days arrive. 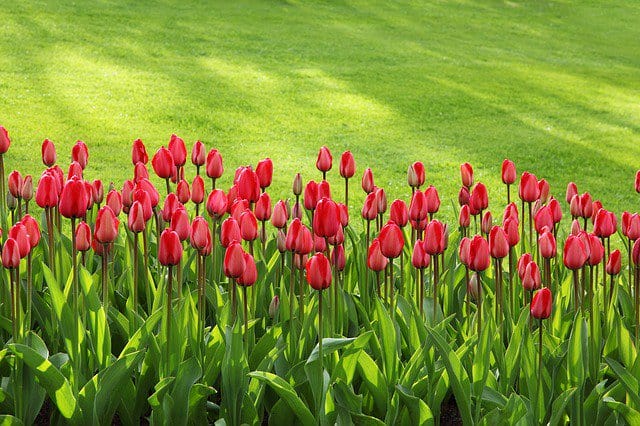 Ryegrass, perennial (Lolium perenne). The best varieties of perennial ryegrass have a desirable fine, soft texture, and dark green color of Kentucky bluegrass. While occasionally used alone, they are most often combined with Kentucky bluegrass and fine fescues. Seashore paspalum (Paspalum vaginatum) is a native of South African sand dunes and is well adapted to similar environments in the United States It is noted for its tolerance of salty soil and irrigation water. It can survive on ocean water, and is well suited to partially recycled gray water. Its look and feel is similar to Bermuda grass, and it similarly spreads with both above- and below-ground runners. It is planted by sprigs, plugs, or sod.

St. Augustine grass (Stenotaphrum secundatum) is one of the most important grasses of the South and West. It’s fast-growing, deep-rooted, and coarse-textured with broad, blunt-tipped blades.

Zoysia grass (Zoysia species) is often touted as a miracle grass, and while many of the claims of its virtues are true, there are also drawbacks. Three species available: Japanese lawn grass (Z. japonica), Manila grass (Z. matrella), and Korean grass (Z. tenuifolia). Korean grass is more a ground cover than lawn grass. It’s wiry but fine-textured and creates interesting mounds as it grows.

Bluegrass is a native not of Kentucky as most people think, but of Europe. It apparently crossed the Atlantic as part of the cattle fodder brought by 17th century French missionaries. Bermuda grass is believed to have come from Africa in the holds of slave ships, where it was used for bedding. Some weeds, too, were a late and unintentional importation. Broad leaf plantain, for example, which had been unknown in the New World, was christened “white man’s foot” by Indians because of its shape and source. St. Augustine grass, Stenotaphrum secundatum, is a perennial robust grass widely used for pastures and lawns. In the warmer climates of the tropics and subtropics it rivals bermuda grass in importance.

Today there are more than 20 million acres of lawn in the United States, or between 1 and 2 percent of the total land area. Their planting and upkeep support a billion-dollar year industry and demand uncountable hours of unpaid weekend and evening labor. Artificial substitutes do exit but most homeowners would rather pay the price of upkeep for the real thing.

The lawn mower remained a hand-pushed cutting tool used by suburbanites for decades. The power mower came into popularity in the 1960s and when the 1980’s and “me” generation came along, creating a cultural and economical change, everyone on the block had their own gardener.

Tips For Watering Your Lawn 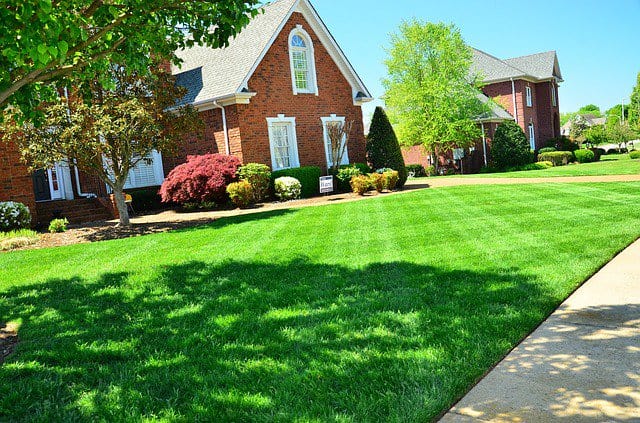 As far back as I can remember, the soft green inviting blades of grass have comforted and cushioned the soles of my bare feet and those of my household. The front lawn is, was, and I hope, always will be a part of Americana. It’s where our dog, Poochie, scoots, wiggles and runs rambunctiously through the water spurting from our garden hose, where the family cat slumbers peacefully in the shade of a wispy birch tree, and where scampering squirrels dart back and forth, up and down, from tree to tree. It’s where our family toddlers have traditionally learned to crawl, take their first steps, and then to run. It’s where, through the decades, we’ve sat together as a family on blankets, while eating barbecued hot dogs and Hamburgers. It’s where the kids sparkled on the forth of July, glowed on Halloween night and set up their lemonade stand every summer; Where we held our garage sales and our neighborhood Easter egg hunts. And where family and friends always pause to make small talk before coming in to our home and upon leaving.

I’m not sure why we Americans surround our homes with lawn, but I do know that we like having it, even though it’s high maintenance, but like papa always said, “Anything worth having is worth working for.” Besides, if we didn’t have grass, we’d have nothing to look at when we peek over the back fence to check out our neighbor’s grass, the grass that somehow always appears greener on the other side of the fence.