“When you can live forever, what do you live for?” – Stephenie Meyer

A cool young woman of craft and determination, Stephenie Meyer, during the early days of her first novel, would have table reads at the local diners with neighbors and other housewives. She grew excited when she would get several dozen listeners to hear her read. Such is the action and force Stephenie Meyer wisely used to promote herself and get her work out there. But of course, she did not stop there. Researching how to publish a book, she began shopping the manuscript. She was ignored by five publishers, and rejected nine times, before she got her final yes, which brought her a near million dollars for her first ever deal. Sweet and humble, Stephenie acknowledges that there are better writers out there than she. Regardless, she did it, and we think she’s one amazing human being. 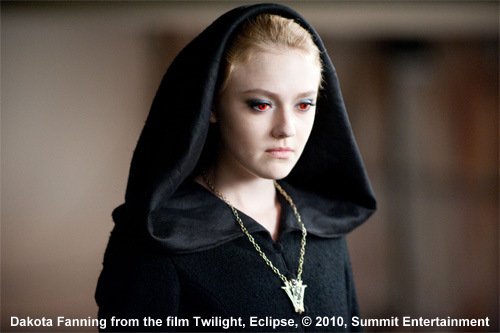 The project, based on the fourth novel in author Stephenie Meyer’s Twilight series, is currently being written by Melissa Rosenberg with Wyck Godfrey, Karen Rosenfelt and Stephenie Meyer producing. THE TWILIGHT SAGA: BREAKING DAWN illuminates the secrets and mysteries of this spellbinding romantic epic that has entranced millions.

“The hardest thing is at the end you have to say bye to all these people who you have worked with for so many months. It was really sad not to see them anymore. But you have the parties that you go to and you get to see them, like the premieres and the screenings.”

– Dakota Fanning on the Movie Business