Although Terry Fator captured the hearts (and funny bones) of America when he was selected as the top act on season two of America’s Got Talent, he’s remained humble and kind to everyone he meets.

His sold out shows at The Mirage, which have brought the gift of laughter to thousands, have set a new trend in entertainment for Las Vegas – a city that has long been considered the live entertainment capital of the world. Fator performs new impressions, new celebrity voices and has a wonderful array of puppets each night in the Terry Fator Theatre.

Fator was bitten by the entertainment bug when he was no bigger than his puppets, right around the age of 10. 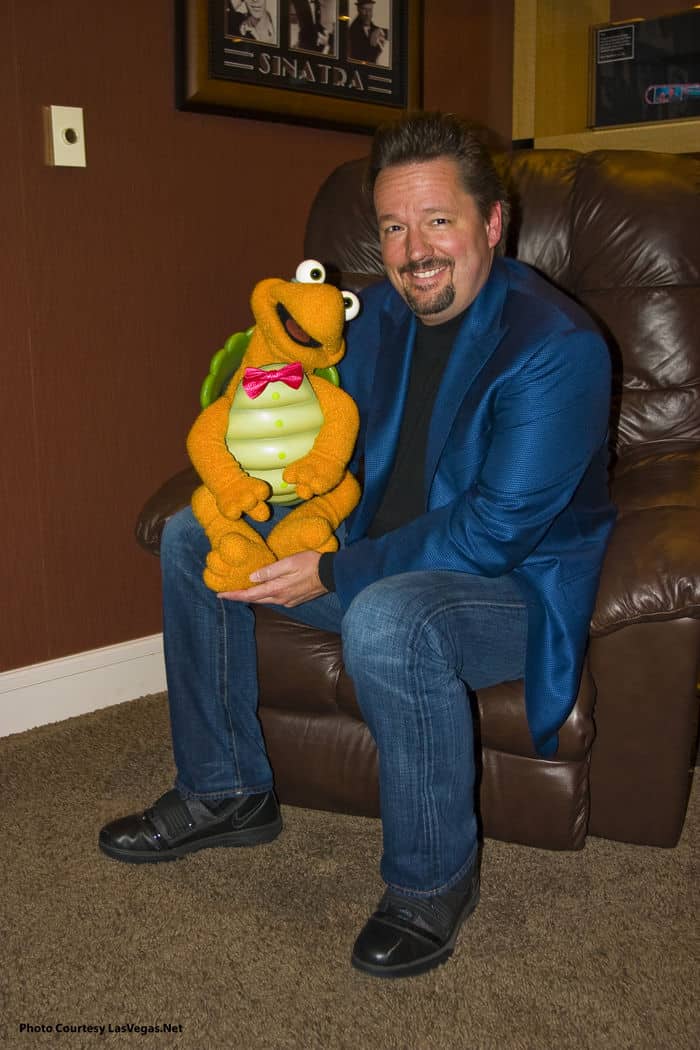 Terry refers to those early years: “When I was little I would go to church with my parents and see a ventriloquist perform. I found it so fascinating that I went to the library to pick up a book and learn about it. From that moment I was hooked and always visualized myself as a ventriloquist.”

Fator says he found he had the ability to impersonate singers by practicing ventriloquism while driving his car.

Fator worked on his craft to perfect his delivery and also added a little touch of comedy to his routine, making him one of the most dynamic entertainers in his field. An expert in mimicking celebrity voices, he brings to life his puppet co-stars, including the adorable Emma Taylor and the newest member of his puppet family, Vikki the Cougar. His show also includes performances by musical stars Cher, Justin Timberlake, Garth Brooks, Elvis Presley and The Pussycat Dolls.

So, how does Terry Fator keep his life on an even keel with being the hottest show on the Las Vegas Strip?

“It goes back to my parents,” he says, “and the values they instilled in me. They taught me that hard work pays off and that belief in yourself and dedication to what you envision are necessary to achieve your goals.”

Recently, Terry attended the Iraq Star Fundraiser at Universal Studios in Los Angeles, California. Fator paid tribute to American troops and co-hosted with Dr. Phil McGraw, who led the night away with a silent auction for all those in attendance.

Terry is the kind of individual who exemplifies character. He displays that during each one of his shows, being sure to give a special shout out to all US service men and women stationed at home or overseas.

What’s more heartwarming is Terry’s profound respect for the handicapped and the elderly. After every show, he invites them to the front of the meet-and-greet line and signs their autographs first and doesn’t quit until he’s shaken hands with everyone. In fact, it’s not uncommon to see him sign autographs for nearly an hour.

Terry Fator performs center stage with a live seventeen-piece band nightly at 7:30pm in the Terry Fator Theatre at The Mirage (dark Sunday and Monday). There’s nothing quite like Terry Fator & His Cast of Thousands. It’s the next generation of entertainment.