2011 is here! We wish you all a great new year with improved business, happiness, and prosperity. As always, let us know at the bottom of this page what you want to see new or different in our articles and interviews. We appreciate you.

There is a notion in sports that a game played at the team’s hometown will increase their level of success. The reason why this is believed by many is that the team is considered to be more comfortable there, and has more fans present that may increase their self-esteem. The other team-on the flipside-is presumed by many to be less comfortable, have less fans present, and have more oppositional crowds that will lower their self-esteem.

All of life, assuming one has goals, is like a game, and the objective in our life should be to increase the odds to the greatest degree possible to ensure our chance of total success at winning and achieving those goals against all odds, whether at home in our natural environment, or on the other team’s territory. 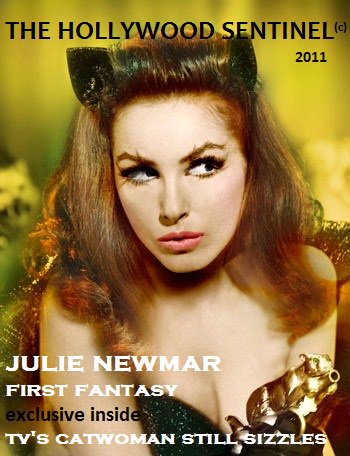 One obstacle to winning at our goals in life is to overcome adversity and opponents. An opponent may be considered by some to be the economy, the marketplace, another similar person or company, or the like. The fact is, if we give power to our opponent or obstacle, we decrease our odds of winning. The goal should be to increase our odds of winning, and not of the opposition. If we are in a competitor’s territory, and feel that they will win, then they most likely will win. If we have an opponent that lies about us and attempts to destroy us, and we react back to them using all our energy, then we are giving them exactly what they want-they want to upset us, and disrupt our life and business, and we let them. Someone or something is only an opponent if you let it be, and so therefore, you yourself are really your only opponent.

If you are scared of the competition, and obsessed with them, whoever they are, then they will get more energy that you should be giving yourself, and you will be in fear, rather than in charge of, your environment. You must win on any playing field, and consider no obstacles or odds of failure, no matter how great, to be valid. If Hollywood stars had let odds against them affect them, they would never have pursued stardom. The same is true of any great and successful person in life. Being stopped by odds and statistics is for conformists, who consider themselves no greater than the common denominator of a crowd. Believing in such is a conformist mentality, which should not exist in the mind of those at liberty to manifest their own reality and create their own greatness in conformity with their true will. This does not mean that one should not study the statistics of one’s aspirations or craft, and see why others failed and succeeded. But after that study, we must rise above having actions of self-determinism predicated on stranger’s forecasts of failure. To live in such fear is for the weak.

It has been said that the best revenge is success. This is often very true. Your opponents want to raise your stress level and upset you. They want you to get heated up and fail, and they may revel in being able to do this. But the true power players stay calm, cool, and collected, laughs or grins at their competition or enemy, and know they can crush them with a fraction of the force their opponents use. That knowledge enables this successful group to be serene and in control, and not be affected by others’ attempts at weakening them through upset, ridicule, jabs, lies, treachery, or the like. Even in sports, the best players in the world who are hot-heated and cannot channel their aggression to stay within the scope of the game, eventually not only end up ridiculed by fans and the press, but they end up with penalties that move them back further. Loss of temper is a move backwards, not a move forward.

This same practice can be applied as simple an act in business as sending an e-mail. Instead of responding back immediately to someone’s e-mail that upsets you, type away your most vicious diatribe back at them if you wish, but first delete their e-mail and put your e-mail in the address to line instead, and only send it to yourself to read later. It will make you feel better, and then, consider at least some hours later when you are calm, what is your best strategy to accomplish your goal before replying to them. The same is true of someone’s offensive words. Apply TV’s occasional five second delay to your words when someone upsets you.

Being successful and powerful is being in power over yourself. Until you have power over your own temper, mind, and prediction of success, you will remain weak and usually fail. Get in control of your mind, your temper, your odds, and your life outcome, and then, you can win every time, no matter whose playing field you meet your opponent on.