A Cure for the Common Cold?

The cold virus is among the world’s most prevalent of wintertime diseases and its symptoms are among the most stubborn to cure. Just about all of us have suffered from the effects of a winter cold. Three quarters of the people in the United States have at least one cold a year.

The remedies to treat these symptoms range from antibiotics, antihistamines and analgesics. There are many alternative medicines used to treat the common cold. A wide variety of these medications and treatments include healing philosophies, approaches and therapies.

In my family, the cold virus was treated with a bowl of Mom’s hot chicken soup.

Some foods are just naturally synonymous with wintertime, and the aroma of homemade chicken soup bubbling on the stove is a sure sign that the cold season has arrived.

Of all the traditional food dishes I was raised on, such as pasta, ravioli, and focaccia, it’s Mom’s chicken soup recipe that remains the most comforting in my memory.

It was as familiar to me as the smell of Sunday sauce simmering on the stove and just as predictable. Mom’s old soup pot, dented and dinged, wasn’t much to look at as it set upon the stove, but the soup bubbling inside was priceless to a hungry appetite. Like grandma, mom believed that eating well was the center of good health and a wholesome nightly meal the heart of her home.

On cold winter days, the best part of a school day was coming home to mom’s kitchen and the aroma of chicken soup simmering on the stove. It’s an image still crisp in my memory-mom scooping up huge ladles full of hot broth, the kitchen windows all steamy from the boiling soup pot. I never could resist the urge to scribble my name across the steamy kitchen window panes.

Mom inherited her recipe for chicken soup from grandma. Like most Italian immigrants, grandma came to this county without much more than the clothes on her back. But she did bring with her the innate ability to prepare bountiful and traditional cuisines. For Grandma, cooking was a way to express her emotions; it represented her joy at living in a new land and the continuity of her family’s traditional recipes. It was these same recipes and beliefs that grandma past along to her daughters and her granddaughters.

To this day, the aroma of onions and celery boiling in a pot of chicken broth has a comforting effect on me.

Like many people this past winter, I suffered through my share of cold and flu symptoms. In search of a miracle cure-or at the very least a bit of relief-I made frequent trips to my local drugstore. I stocked up on bottles of decongestants, cold syrups, cough drops and sprays to ease my pains. I bought myself heating pads to keep me warm and ice packs to keep me cool. My medicine cabinet brimmed with the latest in commercial cold remedies as I tried to ward off the evils of the flu season. And yet, despite my diligence, none of these chemical preparations succeeded in making me feel better.

As I sneezed and coughed for the umpteenth time, I remembered my childhood days of the 1940s and mom’s remedy for the common cold. I recalled how we had no heating pads to keep us warm and no electric blankets to heat our beds. mom smeared our chests with vapor rub, and warmed us with hot-water bottles and quilts heated over our old-fashioned floor furnace. But, the most important part of the therapy came as faithful as clockwork, when mom would dash to the kitchen and set a big pot of water on to boil. A few minutes later, the healing aroma of simmering onions, celery, and seasonings began to fill our nostrils. mom’s chicken soup and her tender loving care were enough to bring about a speedy recovery. 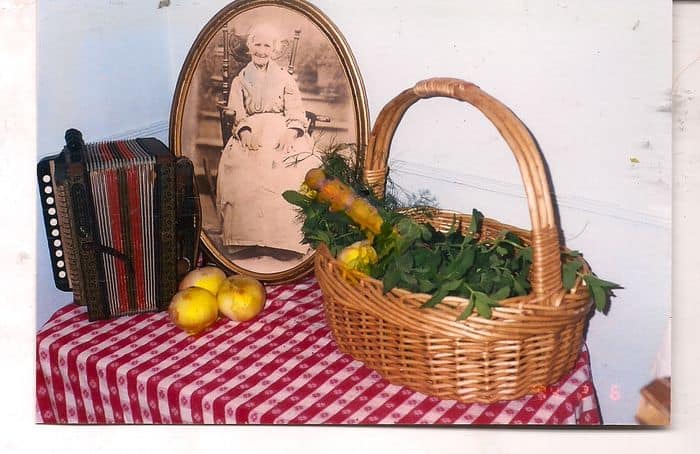 Filled with nostalgia for those comforting days, I gave mom a call. An hour later my doorbell rang. To my happiness, there stood mom at my front door, a steamy pot of her homemade chicken soup in hand. As I sipped bowl after welcomed bowl of her old-fashioned folk remedy, I could feel my head clearing and my cough subsiding. My nostrils cleared as the familiar aroma of mom’s soup filled the air. After downing two big bowls of the healing soup, my stuffy nose and sore throat were gone, my hacking cough eliminated, something none of the store remedies were able to do.

Could mom and grandma be right in believing that chicken soup can cure a cold? Could there actually be some medicinal properties in the simple ingredients of chicken soup? Can a little hot water, onions, celery and chicken broth truly be a medical treatment for the common cold. We know parsley contains chlorophyll, a traditional remedy to cure bad breath and to settle uneasy stomachs; carrots and celery are rich in vitamin A, so important for good eye sight and healthy skin and poultry meat is a good source of the B vitamins, including riboflavin, niacin and biotin so necessary to use oxygen and protein in the body.

Or is the cure for the common cold inspired by something less pragmatic? Could the feeling of well-being actually be caused by the power of memory and the unwavering belief in family rituals? The credence given to these long held ancestral beliefs is powerful medicine and may truly be responsible for bringing about a cure. 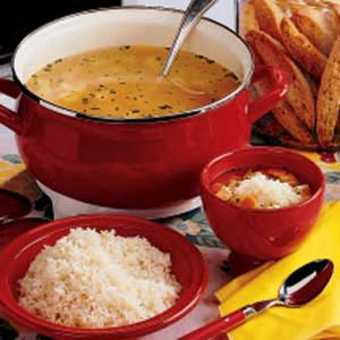 2 garlic cloves ( of course!) removed later if you wish.

Using a deep soup pot, submerge whole chicken in water. Add onion, celery, bouillon, salt and garlic, set parsley aside. Cook all together for 1 hour until chicken is tender. Turn heat off and remove whole chicken from soup pot. Let cool. Strain soup into clean pot. Press onions and celery firmly to extract all flavor when pouring through strainer. Put soup pot back on stove to boil. Add carrots and cook until carrots are tender. Skin and bone chicken, using only the best part of the chicken. Cut chicken into large meaty chunks. Add chicken and chopped parsley to soup. Do not bring to a boil after adding meat, otherwise the chicken could become stringy and tough. Serve with boiled rice.