Mentink is a “top chef”-well, at least according to Sacramento Magazine. She was named one of the city’s top 20 chefs in its February 2008 issue. Executive chef at Bidwell Street Bistro in Folsom, Calif., she has worked at the intimate neighborhood Zagat-rated restaurant since its opening in 2000. Mentink supervises the seven-person staff, works the saute and middle stations regularly, prepares seasonal menus, and handles food cost, ordering and inventory for the restaurant’s $1 million in annual sales.

Sacramento Bee reporter Bob Sylva described Mentink in a Jan. 30, 2008 article as “a combination of taste, talent, ambition, timing. Mostly hard work. She is a groundbreaker, a role model, a taskmaster.” Mentink received her culinary training from Lederwolff Culinary Academy in Sacramento, Calif., and has amassed many culinary awards throughout her career. In August 2008, Bidwell Street Bistro was named Sacramento Magazine’s Best Restaurant in Folsom. 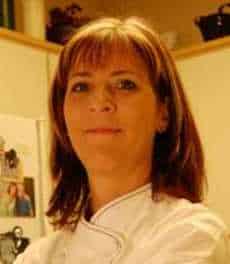 The restaurant earned the title of Favorite Overall Restaurant in Folsom by Style-Folsom El Dorado Hills magazine in 2007 and 2008. A member of ACF California Capital Chefs Association, she was named its Chef of the Year in 2007. Before working at Bidwell Street Bistro, she worked as sous chef at Piatti Ristorante & Bar, Sacramento, and as interim chef at Summit Restaurant at Harrah’s Lake Tahoe in Lake Tahoe, Calif.