Do you believe in pixies; sprites or leprechauns? Many of our ancestors did.

My Italian grandmother used to speak of the “little folks,” those pixyish little pranksters who would overturn buckets of fresh milk, clog up machinery, and take small objects and hide them around the house. There were other fairies as well, benevolent creatures that helped those that were in need. One in particular was named Monaciello. It was believed by many that Monaciello was a good fairy who dressed in a hooded robe and came out only at night to lead the poor and needy people of Italy to hidden treasures. Grandma spoke of this good fairy many times, but, like the rest of her family, she never actually saw one.

Where In the World Are The Pixies? 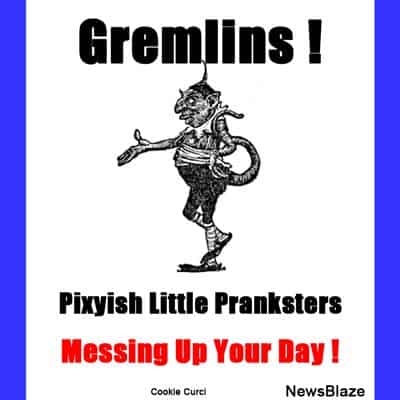 Most every country’s folklore has them, the “little pixies” who usually go about causing more mischief than good. England has them, those little green dancing fairies that have their own king, queen and royal court. The Irish have their infamous leprechauns who all possess a hidden pot of gold. China has its flower fairies that are responsible for spreading the fragrance of flowers throughout the air. Arabia had its genies that grant wishes, and hide out in strange places such as bottles. Hawaii folklore tells of the “menehunes” who, it is believed, build small bridges and roads.

Among the Household Sprites include the Scandinavian Tomte, the Finnish Haltija, Slavic Domovoi, the Heinzelmannchen and some Kobolds of Germany, and English Hobs, and Hobgoblins, the Welsh Coblyn, some of the Hawaiian Menehune, the ancient Roman Lares, and many others. They are the sprites of the household, and they take vital interest in the families they have adopted.

Here in America we have our own form of mischief-makers. Those naughty little pranksters who get into everything from car motors to television sets. We call them Gremlins, like elves, gnomes and leprechauns; gremlins are a product of fables and folklore. But unlike the other versions of little people, the folklore of the gremlin began only as far back as World War II.

These are the gremlins of myth and legend, which first gained popularity in the U.S. Air Force, as mischievous sprites who specialized in sabotaging aircraft and gunpowder. Today, however, these little mischief-makers aren’t confining their pranks to aircraft. The results of their mischief can be seen or felt in everything from shopping carts to washing machines.

Gremlins are naughty, roguish, trouble making pranksters who clog up our car’s engine, foul up reservations, put our TV cable on the blink, and put the crimp in an otherwise smooth running day. Gremlins can be found hiding just about everywhere and in any place. Nine times out of ten, that uncooperative shopping cart that gives you so much trouble at the supermarket is controlled by one of these little whimsical creatures.

Why else is it so difficult to disengage one of those iron baskets from a long line of carts that suddenly attach themselves to each other as if welded together? Every shopping day, I kick, pull, rattle, jiggle, and beseech these baskets to untangle so I may do my shopping. I mumble incoherent profanities, I rant and rave, until, finally, in frustration, I give up and repeat the whole relentless process on another line of carts.

And you can bet your sweet bippy that the cart I’ve drawn will have a mind of its own. The wheel on the left will automatically want to turn right, or the wheel on the right will lock into the left-turn position.Either way, me, my basket, and three of its wheels, head for the store, while the fourth wheel heads back to the parking lot. (There are days when I swear I hear faint giggling coming from those mischievous little gnomes).

A New Kind Of Gremlin

As if grocery store gremlins weren’t enough to confound our day, there’s always the RTA (Ready to Assemble) packaging gremlin. Yes, I said packaging Gremlin. Today, with so much of our products coming to us from foreign countries, those already complicated instructions are being written by well-intentioned people for whom English is a foreign language.

Gremlins just love to erase a word or number here and there, just enough to confuse the assembler and weaken the construction of the assembly. When I see the word “Assembly Required” appearing on a package, I’m overwhelmed by a cold, clammy chill. Because I know instinctively that somewhere, somehow, inside that box, little gremlins are hard at work making sure that a bolt, screw, or connecting rod is missing from the enclosed parts. And, quite naturally, these little gremlins will see to it that this missing piece is never discovered until the last crucial part of the assembly. At which point, the assembler must decide to either wait two weeks for the missing part to be delivered by mail, or take what they’ve put together so far back to the store and start over!

Gremlins Are Into Everything

Ever notice when you’re in a hurry how stoplights always last an extraordinarily long time? Gremlins! Street signs getting smaller and smaller? Gremlins! These little gnomes like to play with our eyesight, too, especially those of us over forty. They make street signs appear smaller, telephone book print too small to read, and nickels look more and more like quarters.

Do you ever wonder what happens to that other sock every wash day? This question remains one of life’s little mysteries. Where do those missing socks go? The matching pairs of socks in my husband’s sock drawer decreases by one every laundry day. They just don’t get up and walk off by themselves … or do they?

It’s my belief that it’s those mischievous little gnomes at work again; little folk that go from house to house snatching up our socks, scissors, glue bottles, scotch tape, and remote controls. Little gremlins that tangle our garden hoses, play havoc with our computers, mess up our phone lines and do anything they can to annoy us and put the kinks in an otherwise pleasant day.

The choices are, we either believe in these tricky little gremlins or face the fact that our memory isn’t as good as it used to be, our manual dexterity is dwindling and our 20-20 vision a thing of the past.

I’m all for believing in the little pixies … how about you?