Nine of the books nominated for 2015 NAACP Image Awards, for outstanding literary work, were represented among the best-sellers on the Winter 2015 edition of the Power List of best-selling books written or read by African Americans.

These nine titles were all released in 2014, and all ten saw strong sales prior to their nominations being announced in December, and since.

Here are the Image Award-nominated books ranked in order shown on the Winter 2015 Power List: 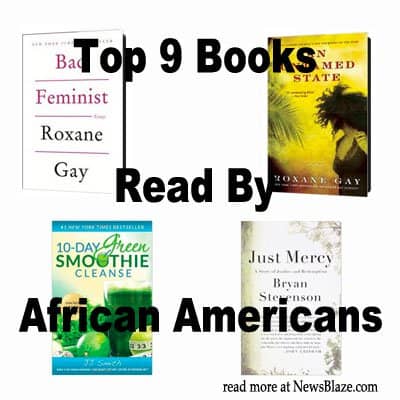 The NAACP Image Awards ceremony will take place on Friday, Feb. 6 at the Pasadena Civic Auditorium in Pasadena, Calif. It will be broadcast live on TV One at 8 p.m. EST.

The Power List is compiled by collecting data from online book sellers, random samples on relevant Facebook pages, and a quarterly survey of 1,200 African-American book clubs. The lists (Paperback Fiction, Hardcover Fiction, Paperback Non-Fiction, and Hardcover Non-Fiction) are released on the fourth Monday of the month following each calendar quarter, and is a joint project of AALBC.com and Cushcity.com.

The Winter 2015 lists may be viewed at the Power List web site: www.powerlist.info.