The pains of the contemporary period of people explained in the history book titled ‘The Bleeding limbs of the Sikhs’ written by Sardar Avtar Singh Gill, Additional District & Sessions Judge (Retired) is like the modern-day shameful history of people especially Sikhs, that impels them to forget cruelty meted out to them in the past since they stand cheated out now more badly without any justice in sight for them ‘Maharaja Dalip Singh like cheated out’ at the hands of aliens in the history.

The author depicted the pains, the killings, the disappearances and the stories of persons especially the Sikhs, to keep them alive in history, in the face of cheaters within and outside the Sikh community. 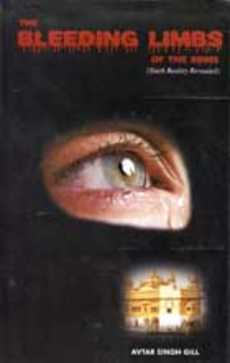 The Army Attack (Operation Blue Star) on Sri Akal Takhat, Durbar Sahib (Golden Temple) and other religious places in Punjab, the destruction and the untraceable theft of Sikh religious valuable manuscripts and the historical books are to remain unforgettable inflicted pains being part of the history in so named independent India.

The author would always be recoganised as an unbiased historian for summing up the painful killings and the sufferings including untold stories, of Sikhs in such an exceptionally wonderful sequence of the said period.

The book not only unfolds untold unbearable sufferings of the Sikhs but questions the history of protecting the religion or the politics of religion only to teach a lesson to them in all respects, in a fraudulent way. The author deserves admiration for the courageous and painstaking work penned down by him.