Jane Critchlow, is a gray-haired, white woman, an Associate Visiting Professor of Photography at Oberlin College, and previously at Maine College of Art.

Oberlin is a private liberal arts college in Ohio, the first higher learning institution in the USA to regularly admit female and black students.

Most of us now have a smart phone, and it is the smart phone that has popularized “selfies” and “besties.” The “bestie” is the “best friends” photo format, in which two subjects reflexively move close together and smile, while one of them holds the camera at arm’s length and takes the picture.

After hearing President Obama speak about racism, Jane Critchlow realized that she was negatively profiling young African-American men. A strident liberal who took pride in her racial awareness, she says she was quick to denounce this practice by others.

She realized this was the ultimate personal hypocrisy, so she decided to confront it by going out into the street and stopping young black men to ask if she could take their portraits, and “a bestie,” with the two of them in the frame.

Critchlow knew she was creating an illusion. It wasn’t true, but it appeared that these young black men and she were friends. She says this visual lie invoked the expression, “Some of my best friends are black.”

What started Jane Critchlow on this project was the Trayvon Martin shooting. It made her want to do something about it, but despite being very liberal, she had to admit to herself that she had a fear of young black men.

As a photography professor, she knew that her camera would be the tool to use, to achieve what she wanted.

Her challenge to herself was to roam the streets of Cleveland, approaching African-American males wearing hoodies for permission to take their portraits. If they agreed, she would also ask afterwards if she could snap “a bestie” of the two of them together.

That effort resulted in her evocative photo essay “Some of My Best Friends.” What makes the pictorial particularly poignant is the contrast between the “before” and “after” countenances of Ms. Critchlow’s subjects. 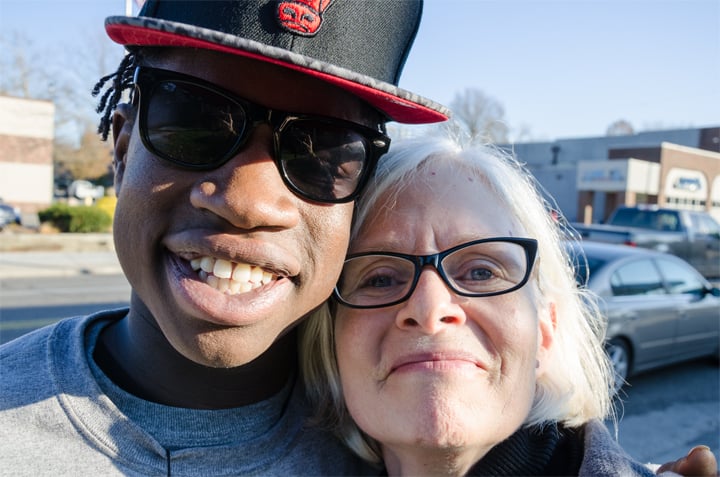 When first posing alone, most of the black brothers instinctively put up an emotional wall between themselves and the solicitous stranger, which was understandable given her unexplained agenda. Yet, they just as easily broke into grins and smiles revealing a warmth and ingratiating vulnerability once the same white lady behind the camera sidled up to them for an intimate “bestie.”

Ms. Critchlow says she was apprehensive prior to the starting the project, but her fears were allayed as what emerged from the shadows was a diversity of ordinary and extraordinary young men, each with his own dream. Some were students, artists, a soldier, and others were pursuing another walk in life.

This is a novel and moving project, that humanizes young black men, something that deserves to be replicated in every city across the country.

To get a copy of Some of My Best Friends, visit http://www.magcloud.com/browse/issue/600683 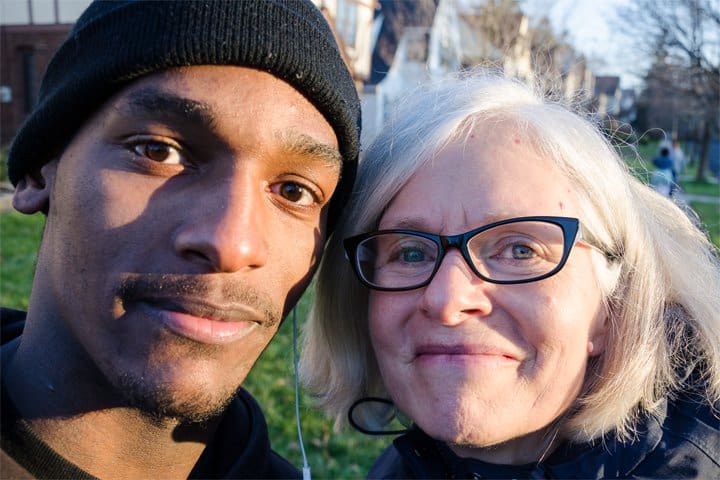 Some of My Best Friends: