“When I looked at my small son and wondered what types of information would be important for him to learn that I could pass along to him, I knew that I had to first prepare him to become a positive and proud African-American… So out of great love for my son and a deep concern for his future, I decided to write books that tend to point out some of the more obscure and forgotten about elements of the African-American ancestors’ experiences. – Excerpted from the book jacket.”

After Lee Chavous became a father a few years ago, he soon found himself worrying about his son’s prospective education. He knew that the formative years are critical, and that the history books tend to marginalize, overlook, or inaccurately recount the contributions of African-Americans. 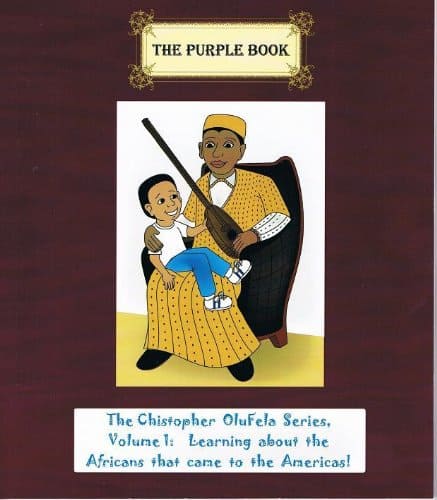 Wanting his little boy to grow up fully aware not only of his ancestors’ centuries-long struggle for equality but of how they also helped shape the country in myriad ways, Lee decided to write his own illustrated texts. Aimed at kids aged 8-11, the first in his very informative series, Learning about the Africans That Came to the Americas, offers an impressive overview of slavery from the black perspective.

For black youth, one of the unfortunate aspects of learning is having to unlearn misinformation, like the fact that John Brown was actually a hero who freed slaves, not an insurrectionist hung for stealing plantation owners’ property. That’s why it was refreshing to see that this book describes Brown as an “abolitionist.”

That distinction is important, because it rightfully recasts him as a hero to anyone who takes to heart the words of The Declaration of Independence which states that “All men are created equal,” and further stipulates that it is your right and your duty to revolt against any government denying your unalienable rights to life, liberty and the pursuit of happiness.

But I digress. As to layout, Learning about the Africans That Came to the Americas was cleverly constructed as a history lesson being narrated by a doting father to his young son named Christopher OluFela. The engaging story winds its way from a slave castle on the coast of West Africa through the Middle Passage to the shores of the Americas.

It addresses the brutality of slavery before recalling the amazing exploits of legendary freedom fighters like Harriet Tubman, conductor of the Underground Railroad, and Toussaint L’Ouverture, leader of the Haitian Revolution. And to show just how far we’ve come, the postscript features a tip of the cap to Barack Obama as the first African-American President of the United States.

Congrats to concerned papa Lee Chavous for publishing the first in what is likely to prove to be a priceless series of sensible supplements to the traditional American History textbooks.

To order a copy of, visit: AMAZON

Learning about the Africans That Came to the Americas!