A piece of paper that says you belong somewhere “to a country, a church, a club “doesn’t mean you feel you belong. If the purpose of institutions is to promote the interests of some people, it’s also to keep others out. This is the subject of Djelloul Marbrook’s first book of poems, Far From Algiers.

The Wick Poetry Center at Kent State University awarded the 73-year-old poet the 2007 Stan and Tom Wick Prize. The book, which will be published in the fall in book and audio versions, may be pre-ordered now at 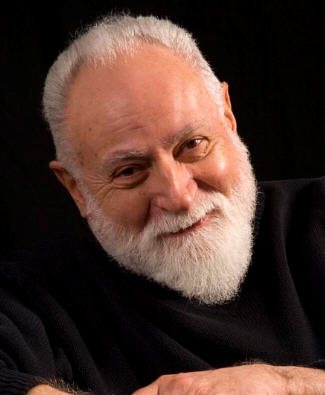 Marbrook has thought long and hard about culture clash, alienation and nativism. In the audio version of Far From Algiers he tells listeners that we are not just immigrants from one culture to another but also foreigners to each other.

The more globalization connects people, the more it undermines their sense of belonging. Unfamiliar people are perceived as a foreign threat, the very phenomenon that underscores terrorism. And the cost to the human spirit, which is what Marbrook’s poems address, is as disastrous as cyclones and disease.

Poetry is always the cutting edge of human experience. Consider any human innovation, and poetry is ahead of it in terms of understanding and vision. It’s rare that a poet takes on such a major theme in a first book. Marbrook says, “It was the sheer nihilism of the terrorist attacks of September 11, 2001, that enabled me to see them in light of my own struggles with alienation as the major cultural issue of our time.”

Almost everywhere in the world people are wrestling with paranoia, often perceiving others as foreigners who don’t belong, who don’t wish them well, and this same struggle occurs in school yards and families and small towns where foreign labor is needed but foreigners are unwelcome. It’s both a personal and a global issue. Far From Algiers is an attempt to give it voice by pushing a human sensibility up against the fences of denial.

Marbrook is a retired newspaper reporter and editor. His poems come from experience as well as intuition. The renowned poet Toi Derricotte, who awarded him the Wick prize, said it was difficult for her to believe this was a first book of poems, so sure-handed the poems seemed to her.