Around the globe, WhatsApp has become one of the most popular messaging applications largely due to its due to its focus on the core experience rather than silly extra features no one really thinks is important.

In the United Kingdom, this application is one of the most downloaded applications and users are always looking for the most clever or catchy WhatsApp quotes. Even though Facebook acquired it in 2015 for $22 billion, it appears that it operates independently. Many users consider this to be a good thing, as it seems that not a lot of people want to relate both platforms to one another.

As of April, WhatsApp has more than 800 million active users. If you stop to think about it, one in nine people on the planet are utilizing this application quite frequently. But users might not be aware that their chats and messages are easily accessible.

Yahoo, Apple, and Dropbox are companies that have received top marks in the EFF’s (Electronic Frontier Foundation’s) yearly report on data collection practices, while AT&T and WhatsApp attained joint-lowest scores. Based on how they handle government requests for data, the EFF’s ‘Who Has Your Back?’ report awards stars to tech companies.

The EFF’s five criteria for companies include: best practices generally accepted in the industry, whether or not they inform users when agencies try obtain information (to a certain extent), how long they keep a user’s data (even after a user can no longer access it), company transparency in regards to government requests for data or deletion of accounts/data, and how a company stands on user-policy. Get complete information on the criteria here.

Now in its fifth year, the data safety report awarded full marks to 9 companies, including WordPress, Wikimedia, Adobe and those previously mentioned above. The EFF notes that Verizon and AT&T received poor scores. This continues the trend in which big telecom providers fail to keep up with the rest of the tech sector. 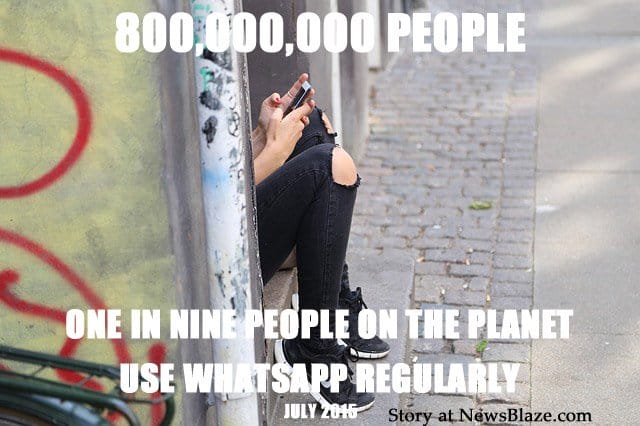 For adopting industry-accepted best practices, AT&T earned only a single star for requiring a warrant before handing over user data, while Verizon attained two stars for disclosing the number of times governments seek the removal of user accounts or content.

The companies that earned three stars are Snapchat, Google, Tumblr, Microsoft and Amazon. All of these firms met industry-accepted best practices, unlike WhatsApp.

EFF began rating companies in 2011. Separate criteria were all these best practices. Nearly all companies were rated poorly in that first report, with one star being the most common score. Customers are becoming more demanding about their data protection. As EFF points out, more companies are speaking out voluntarily about the government requests for data and providing users tools to fight back.

In every aspect of the damning report, the very successful Facebook-owned service was criticized. EFF noted that despite providing WhatsApp an entire year to prepare for the survey, it has not adopted any of the best practices they have identified as part of their report.

According to the EFF report, WhatsApp doesn’t need a warrant before handing over content received and sent by customers. So while they’re probably not interested in an average user’s best Whatsapp status updates, if there were information an agency believes is helpful to them they probably won’t have any problem obtaining it.