Papa John’s allegedly sent a total of 500,000 unwanted text messages to some customers in early 2010. The texts consisted of special offers from Papa John’s. Some customers complained that they were receiving 15-16 texts in a row, some of them occurred in the middle of the night. 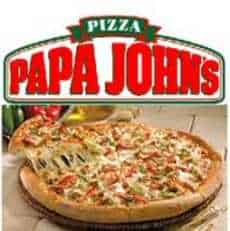 The law that is being broken in this case is the Telephone Consumer Protection Act, which makes it illegal to send ads via text without an opt-in option.

The lawsuit wants $500 per text message that was sent to customers. While I agree that yes what Papa John’s did was wrong, $500 a text that was sent is ridiculous! Offering a free pizza for every text received to a customer I think would be a fine arrangement. This is another example of people simply wanting something for nothing as most big business lawsuits are nowadays.

Here is a link to the lawsuit.