NewsBlaze News
Home Business Technology Is The New iPhone Worth Someone’s Career? Gizmodo Thinks It Is

Monday (April 19th) Gizmodo posted a news breaking article with photos and a list of new features and changes to the upcoming next generation of the iPhone that has not even been announced yet. According to Gizmodo, this is how they got their hands on the prototype:

On March 18th, Gray Powell, an Apple Software Engineer working on the iPhone Baseband Software was at Gourmet Haus Staudt located in Redwood City, California. He had the prototype iPhone with him which was disguised as a 3GS iPhone. When he left for home later that evening, he left behind his phone and possibly his career.

Someone found it that night and took it home. The next day the stranger called a lot of Apple numbers but got the run around. No one took him seriously at Apple though. He was given a ticket number, but never received a call back.

Weeks later, Gizmodo acquired the iPhone. Rumor has it they paid $10,000 for it. They apparently knew who lost the iPhone because they called the owner at work. They posted the private conversation in their article as well. Since when can you post private conversations without the consent of both parties? Perhaps Gizmodo had Powell’s consent, but from the alleged conversation I seriously doubt it. 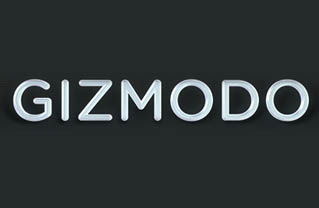 Here are the closing statements of the Gizmodo article:

“He sounded tired and broken. But at least, he’s alive. And apparently, he may still be working at Apple. As it should be, because it’s just a ****ing iPhone. It can happen to everyone, Gray Powell, Phil Schiller, you, me, and even Steve Jobs. Unlike Apple’s legendary impenetrable security, breached by the power of German beer and one single human mistake.”

First off, I’m not convinced at all that this is the truth. Let’s pretend for a moment it is though. Gizmodo knowing that this could possibly cost someone their career publishes this information anyway? I understand wanting to be the first site to post information about the next generation iPhone over 2 months before the announcement, but they didn’t have to post the story of Powell drinking and leaving the iPhone at a bar. If this is true and Gizmodo did acquire the phone the way they explained it, why not post the specs and the pics, and then contact Powell and give him the iPhone back without posting this elaborated story? They could have let Powell decide how to explain to Apple that this happened.

Powell did make a mistake by leaving the phone behind, and that is wrong and Apple should discipline him. Powell in my opinion would have a better chance keeping his job if this article wouldn’t have been published naming him as the source that lost the iPhone. But now since this story has been published, Apple has to retaliate to show the public how serious they take security. In my opinion they will make an example of Powell now since his name has been released to the public all thanks to the great folks at Gizmodo.

Now let’s get back to the real world: I don’t believe this story at all. It’s way too elaborate. And why even publish this? Was not posting the first pictures and preliminary specs of the device not enough? Let’s say Gizmodo did buy the iPhone from this random guy at a bar. The guy took the phone home instead of turning it in to the manager at the bar or turning it over to the police. This would be theft. So Gizmodo knowingly bought stolen property? That is just as bad as stealing it.

Next, if I lost a prototype iPhone, you bet your butt I would be back at that bar the next day looking for it, asking to review security footage, and doing all I can to recover it. If this person that found the iPhone was so concerned about getting it back to the owner, instead of calling “a lot of Apple numbers” as the article put it, he could have asked the bar he found it in to let him hang a sign up stating an iPhone had been found, or better yet, turned it in to the police like you are supposed to do when you find lost property.

Finally, how did the guy know how to contact someone at Gizmodo? Why did he decide to sell it if he was trying to do the right thing and track down someone at Apple? This just doesn’t add up, and I for one am disappointed with Gizmodo.

Keep your head up, Gray Powell

“Hey man, I know things seem really tough right now. We had mixed feelings about writing the story of how you lost the prototype, but the story is fascinating. And tragic, which makes it human. And our sin is that we cannot resist a good story. Especially one that is human, and not merely about a gadget-that’s something that rarely comes out of Apple anymore. But hopefully you take these hard times and turn things around. We all make mistakes. Yours was just public. Tomorrow’s another day. We will all be cheering for you.”

Really, is this supposed to be an apology?!?! Gizmodo is catching a lot of bad publicity for the way they did this story, and they post this stating that “we all make mistakes, yours was just public…” Wow that was classless. Kick the guy while he is down. Gizmodo closed with “We will all be cheering for you.” Does this help Gizmodo sleep at night? Do they really think that this article makes Powell feel any better? Come on Gizmodo, what you did was in poor taste, and the public is responding in a negative way. Instead of posting little blogs about all of us being human, all of us making mistakes, and that tomorrow is another day, just admit what you did was selfish, greedy, and had no regard for ending someone’s career; and take some responsibility.