NewsBlaze News
Home Business Technology Does Apple Discriminate or Do People Abuse the Power of the Press?

Earlier this week, Diane Campbell went to an Apple store in the San Francisco area to purchase an iPad. She pulled out $600 to pay for it and was told that she could not buy the iPad. The Apple store only accepts credit and debit cards.

The reason Apple does this is because there is a 2 iPads per person restriction in place to ensure more households would be able to have an iPad, and also so that people are not buying them up and reselling them across seas when the iPad was not available in other countries to simply make a profit.

A local television station got wind of this story, and now Diane Campbell’s name is known through out the world for being a disabled woman that was denied an iPad by the evil Apple store. I understand though why Apple has this policy. This policy is in place to benefit the consumer. What if she had went to the Apple store and they were sold out because someone used a credit card to buy the last 10 iPads the store had and was reselling them on eBay to make a profit? 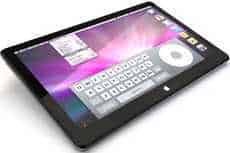 We would then see a news story stating Apple needs to set restrictions so the disabled citizens of America would be able to buy an iPad. If a credit/debit card was hard to come by, I could see the big deal in this story. But, you can go to Walmart and get a debit card that allows you to load money onto it via direct deposit or by giving your money to a cashier at Walmart to be applied to the card. Even though it is a prepaid card, it is recognized as a debit/credit card when ran through the credit/debit system and not a prepaid card. If she did not want to go through the trouble of doing that, she must know someone with a credit/debit card. She could have simply given the money to someone else and had them purchase it for her using their card. Instead she chooses to use the media.

The good news is Apple has reversed this policy and you can now buy an iPad with cash. Apple also gave Diane Campbell an iPad for her troubles. Good for Apple for making it right, and going beyond the customers expectations. I still don’t believe though Apple deserved the bad press and to be labeled a company that discriminates against disabled people because of a policy that makes sense.