We all know competition is stiff in the world of technology where Apple and Microsoft are racing each other to the top, or at least to prove they are the best. In an attempt to keep themselves in the news, Microsoft has been graciously handing out Windows Phone 7 smartphones to tech sites to be previewed. The Windows Phone 7 operating system took two years to develop and will be released hopefully by December 2010. Has Microsoft developed a fierce system or a lackluster system? Read on to find out. 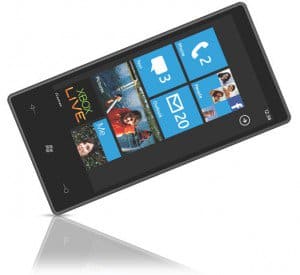 What makes the Windows Phone 7 unique and different?

The system offers a nice on-screen keyboard with period, comma keys and an emoticon button.

The Microsoft’s phone OS features document editing with support for mobile Microsoft Office. Unfortunately, there are a few drawbacks here: fonts cannot be changed, a restricted choice of colors is present and there’s no way of creating a PowerPoint document on the phone.

The camera options, a dedicated camera button and the shutter button, stand side by side on one side of the phone.

On the Windows Phone 7, Microsoft has featured its gaming brand, Xbox Live, on the system which was yet not available in the previewed phone. The Xbox Live on the Windows Phone 7 will definitely excite avid gamers and fans of the Xbox gaming system. But to have games on a phone is not new so Microsoft will need to step up its game to ensure their gaming brand will stand out among the rest in the new WP system.

As far as the Windows Phone 7’s platform goes, adjectives used to describe it are frustrating, lacking and purposeful.

Several features are missing on the WP7 such as there’s no third-party multitasking and no HTML5.

Overall, Microsoft’s new operating system, Windows Phone 7, comes with a couple of new features that both consumers and experts are looking forward to experience when the ‘real thing’ releases. Despite several features missing on the system, the Windows Phone 7 is still the most awaited Christmas present this year.