NewsBlaze News
Home Business Legal Why Would John Skelton Want To Do Harm To His Three Precious...

“I love my wife very much. May God and Tanya forgive me.” John Skelton

John Skelton posted this message Wednesday on his Facebook page. This was the day before Thanksgiving, the day before he got temporary custody of the three boys. One article I read (CBS-Profiler: Dad’s Story of Missing Kids “Bogus”) implied the post was made by Skelton on Friday. The time of this post is crucial. Premeditation of wrong doing is strongly implied if it was on Wednesday.

The three boys, Andrew Ryan Skelton, 9, Alexander William Skelton, 7, and Tanner Lucas Skelton, 5, were last seen around 2:30 PM on Thursday (Thanksgiving) in the backyard of John Skelton’s house. It’s unknown who saw the boys in the backyard. People has reported that Skelton was in Ohio Friday morning, between 4 AM and 7 AM, on an 18 mile stretch of road.

I’ve heard that the tracing of John Skelton to this location early Friday morning is a result of cell phone pings. Fire Chief Scott Damon of Cambridge Township Michigan, when briefing searchers, went so far as to say that Skelton: “may have just dumped them on the road.” I don’t know where he could have received such graphic information. John drives a 2000 Dodge Caravan.

John claims he attempted suicide by hanging himself. It’s suspected now that this suicide attempt never happened. I have heard, however, that he did break his ankle. John is confined to the Fulton County Health Center in Wauscon (I read) for observation. His occupation is a long-haul truck driver; but it looks like he’ll be grounded for a while.

The question arises, what is the cause of all this trouble? That is, why would John possibly want to do his three boys any harm? Remember, we don’t know yet that he did, but what happened to them? Here’s where things start to get a little weird. The mother Tanya Skelton filed for divorce in September and she wanted custody of the boys. But John countered with the fact that Tanya is a registered sex offender. 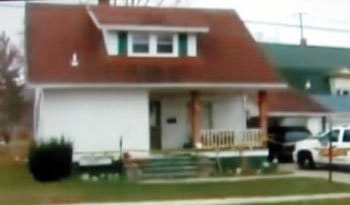 In 1999 Tanya was convicted of fourth degree criminal sexual conduct for having sex with a 14-year-old boy. The boy was doing handywork on Tanya’s rental property, owned by Tanya and her ex-husband. John alleges that Tanya was still in violation of her conditions imposed as a registered sex offender. How she was breaking these conditions was not explained.

Another odd bit (and it’s only disparate odd bits that we’re getting so far) is that John took the three boys down to Jacksonville, Florida back in September. I don’t think he told Tanya either? He must have been on one of his business road trips. This was legal at the time, however. For me, this can be explained away as rage against Tanya, defiance in her face in a battle for control of the boys. That’s what this is all about, control of these boys. This semi-kidnapping back in September may be thought of as a warning sign, a harbinger of foul things to come. I don’t take it lightly and question the mental stability of Skelton, even at this earlier fall date.

With these facts as a backdrop, the trauma of an ensuing divorce, the black-mark of Tanya’s past, the taking away of the children once before-we may be able to understand John’s mind-frame last Thursday, which was Thanksgiving. His way of thinking (disturbed as it was) would be if I can’t have the boys, then no one can, and certainly not Tanya. His flaming hatred for Tanya overpowers his own flickering love for his own flesh and blood. Tragic!