Residents from Chicago’s New City neighborhood can be forgiven for not being too relieved that convicted killer/rapist Andrew Crawford is eligible for the death penalty.

47-year-old Crawford was found guilty of 11 murders, nine rapes and an attempted murder in a Chicago trial last week.

The reason is they have heard “we got the killer” before. They heard it for years in the South Side neighborhoods of Englewood and New City but the murders of vulnerable women during the 1990’s continued.

In fact, in the same neighborhood and time period Crawford preyed, police charged Hubert Geralds Jr., with six murders, Geoffrey Griffin with one murder – suspecting him of eight more – and Gregory Clepper with fourteen murders. 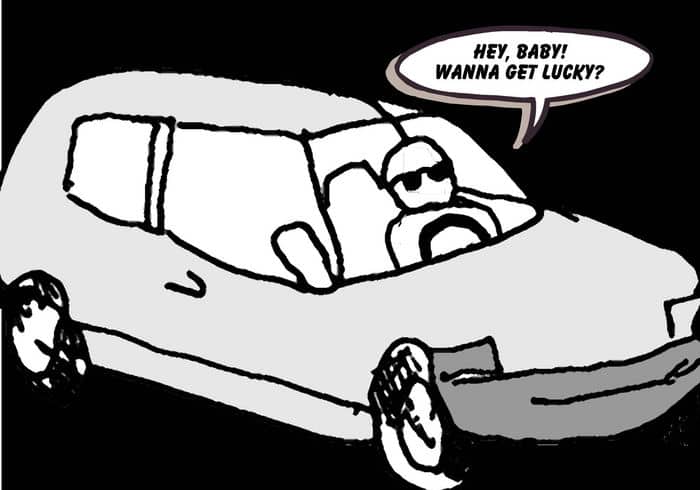 At one point, police said three killers were murdering women within 12 blocks of each other – two in the same abandoned building.

Police later charged Earl Mack Jr. with one of Clepper’s murders and another suspect with one of Geralds’ murders – making the “South Side strangler” everyone was hoping would be caught possibly six different killers.

Women at Genesis House, a safe house on Chicago’s North side, during the scourge discussed their wives-in-laws – women working with the same pimp – being found strangled in lonely outposts. But few could quit working and most tried not to think about it.

Of course Chicago is famous for John Gacy’s murder of 33 boys. And even today prostitutes on the street experience violence once a month according to a study co-written by the University of Chicago’s Steven D. Levitt, the author of Freakonomics. They are extorted into sex in one out of 20 transactions, he says.

Yet as Crawford is convicted, we know and hear less about the 40 plus women killed by the South Side strangler or stranglers – 80 women if we believe Clepper’s macabre boasting to police – than we know of Tiger Woods’ string of mistresses.

Of course one reason is the Pretty Woman factor wherein people want to think of bought sex as white party girls, punch bowls and billion dollar golfers not the unholy trinity of a woman, the monkey on her back and a man that could kill her that it often is.

“If white middle-class college students are targeted, then it becomes a national case,” Jack Levin, director of the Brudnick Center on Violence at Northeastern University in Boston told the Chicago Tribune in 1999. “If it’s black prostitutes, you’re talking about marginalized people. It doesn’t even get the attention locally.”

But there’s also the fact that families abusive enough to push women to the streets which many or most survival prostitutes have – think the movie Precious – are also families that aren’t heartsick over their absence and don’t report them missing.

And the fact that violence reported to police can be arrantly ignored as in the case of registered sex offender and Cleveland murder suspect Anthony Sowell whom police arrested 37 days after a woman told police he choked and raped her in his house. Sowell is charged with the death of 11 women and suspected of three more.

And finally there is collective denial over society’s throwaway women.

Like Chicago, 60 street prostitutes and drug addicts disappeared from Vancouver’s downtown Eastside neighborhood in the ten years before the arrest of Canadian pig farmer Robert Pickton in 2002. He is charged with 26 of the murders, six of which he was convicted for in 2007. Didn’t anyone notice or care?

Covering Pickton’s trial for orato.com, former sex worker Trisha Baptie says his crimes left her “reeling at the horror at what had been done to the women I used to work alongside on Vancouver’s streets” and that her “soul cried and mourned.”

But she also notes, “If I went missing today, I have total confidence it would be reported; I would be searched for.”

Hopefully Chicago’s most vulnerable women will be able to say the same thing.