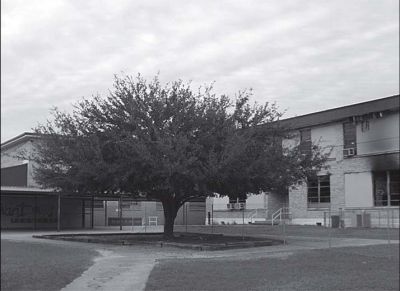 Blood on the leaves and blood at the root,

On August 31st of last year, a small group of black freshman at Jena High School approached the assistant principal to ask whether it was okay for them to enjoy the shade under a big tree located in what had come to be considered the “white only” section of the schoolyard. His response was that they could “sit wherever they wanted.” Relying on those words, they did just that, trusting that, should any controversy arise, the administration would support their effort to eradicate this offensive vestige of de facto segregation.

But Jena, population 3,000, is a backwards, backwoods Louisiana town, and when three nooses were found swaying from the tree the very next day, the African-American community complained to anybody who would listen that the hanging ropes amounted to a hate crime given The South’s sinful legacy of lynching. And although the culprits were caught, the city’s school superintendent excused the racist attempt at intimidation by saying “Adolescents play pranks. I don’t think it was a threat against anybody.”

So, on September 5th, the black students organized a peaceful sit-in under the “white tree” in protest of the slap on the wrist doled out to the perpetrators. The next morning, an impromptu school assembly was convened during which District Attorney Reed Walters icily stared in the direction of the African-Americans, all sitting together, warning them not to stage any further demonstrations. Furthermore, he concluded by leveling this thinly-veiled threat, “I can make your lives disappear with a stroke of my pen.”

Starting on September 7th, the halls of Jena High were patrolled by the police, and on the 8th the school was placed under complete lockdown. Several dozen black parents attempted to address the next meeting of the school board, on the 10th, but all were refused an opportunity to speak because the board considered “the noose issue” to have been addressed satisfactorily and fully resolved.

Nevertheless, over the Fall, confrontations continued to escalate, mostly a reign of terror on the part of white vigilantes, including an incident in which black students had to wrestle a white adult wielding a shotgun to the ground. But rather than arrest the assailant, the prosecutor reportedly winked and returned the weapon to the latter-day Klansman. In fact, the officer of the law saw no reason to intervene until December 4th when he charged a half-dozen African-American students dubbed the Jena 6 with attempted murder after they allegedly got the better of some whites in a fight in the school cafeteria.

Mychal Bell, 17, the first of the classmates to go on trial, was quickly convicted in a kangaroo court by an all-white jury presided over by a white judge in less than three hours. Now, he’s facing 22 years in prison. Before DA Walters follows through on his promise to ruin the lives of his co-defendants, too, let’s just pray that CBS’ 60 Minutes and the rest of the mainstream media intervene to question Walters’ motivations and embark on as earnest an effort to make mincemeat of his career as they did to disgraced Durham DA Mike Nufong for his overzealous prosecution of the Duke Lacrosse case.

Stay tuned for a showdown that is shaping up as a landmark decision on whether justice in America can be colorblind or if Southern trees will continue to bear strange fruit.

Impeachment In The U.S. What It Is And What It Isn’t

Woman Blasts Google For Workplace Retaliation After She Became Pregnant