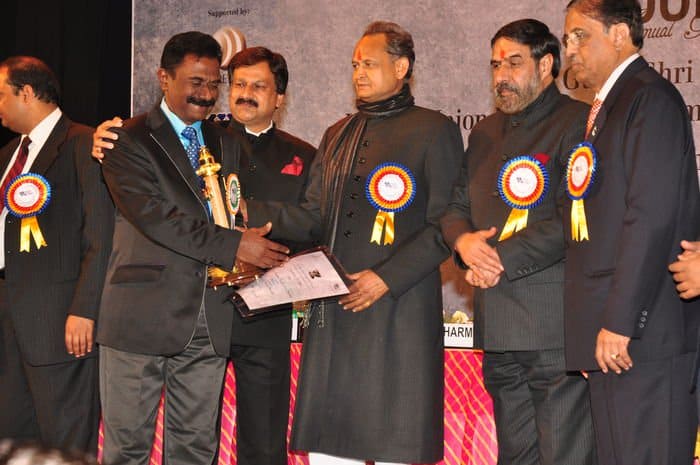 Speaking at the occasion, Mr. Anand Sharma, Hon’ble Minister of Commerce said, “It’s my privilege to be present today for the first time amongst the top luminaries of the Gem & Jewellery exporting community at this 36th Annual Export Awards event. The Gem & Jewellery sector is one of the highest contributors to this robust economy accounting for 13.63% of total merchandise exports. It thus becomes imperative for the Ministry to lend support to GJEPC in all its endeavours.”

These Awards today are in honor of the pride, prestige and celebration of industry excellence, especially to recognize the efforts of the exporters. At this gala event, amongst Industry experts and representatives from the Ministry, the winners were felicitated for the exemplary performance displayed over the past year by brands and companies alike. “Gem & Jewellery exports in India represent the combine of the rich Indian heritage along with the raised global standard of practices and processes. 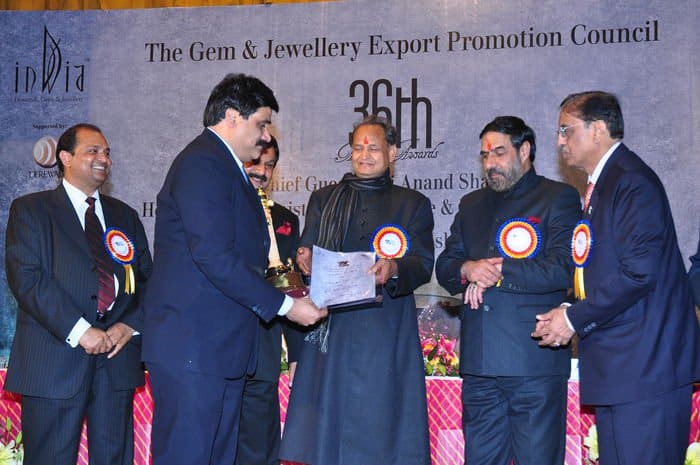 “With the total exports worth USD 21,233 million in the financial year 2008-2009, our contribution to the Indian economy is undeniable. With these Awards, we at GJEPC not only acknowledge the efforts of the winners who have been at the forefront of our growth but we also hope that their victory at this platform only urges the industry to emulate their example,” said Mr. Vasant Mehta, Chairman of GEJPC during the event. 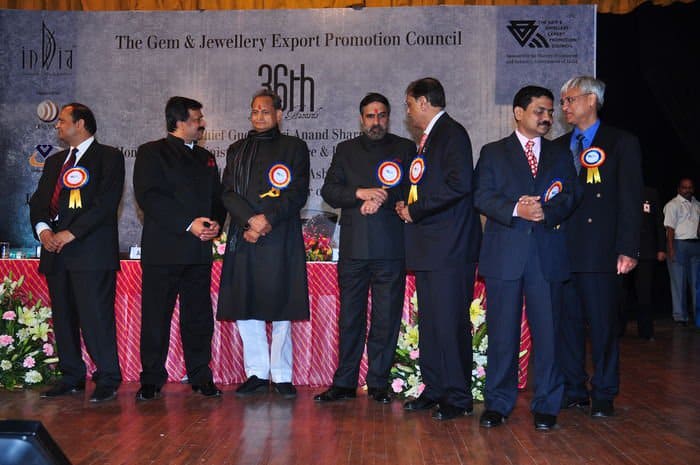 At the Annual Awards besides recognizing the efforts of the Exporters, the Council also awards the Importers from across the globe, the Banks financing the G&J industry and Students from various G&J institutes. GJEPC honors the exporters on the basis of their Export Performance, Value additions, Employments generation and Investment on R&D during the year 2008-2009. In addition to the acknowledgment of their global standards, GJEPC awards those who contribute to the overall benefit of the Indian G&J industry. Refer Annexure for details of the Award Winners. 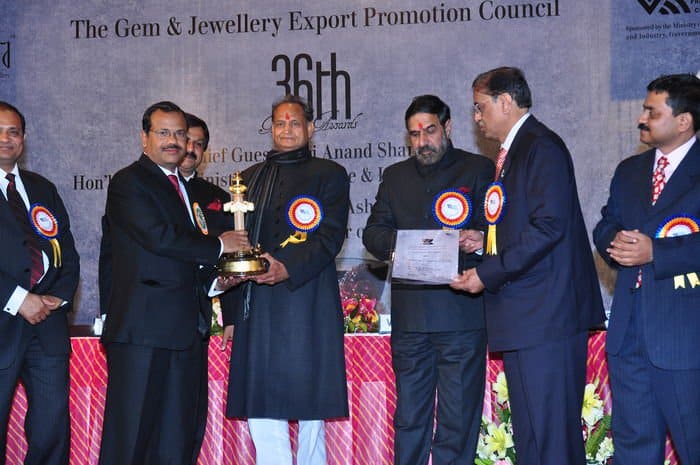 Over the past one year, the G&J industry having witnessed a downturn did pick up. With the total exports for the period April-November 2009 registered at Rs. 84671.74 crores versus the figure of Rs. 78493.99 crores in the same period previous year, the industry is definitely on a stable path. The resilience of the industry is apparent with the total exports up by 7.87%. The exports for Cut & Polished Diamonds has registered growth of 9.50% with figures of Rs.51644 crores in April -November 2009 as against Rs.47163.63 crores last year in same period. The volume being 362.10 lakh carats as compared to 322.09 lakh carats last year. 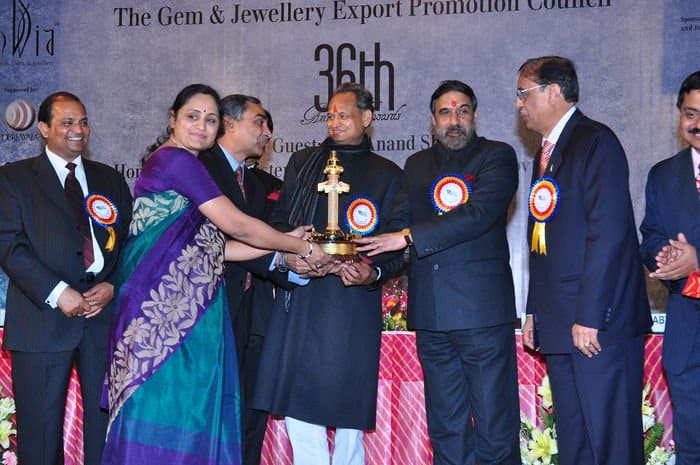 The exports figures for rough diamonds in April-November 2009 stands at 2295.83 crores and the figures for gold jewellery exports were Rs.28834.29 lakhs as against Rs.2594.15 & 27139.55 respectively last year. Coloured Gemstones have registered a growth by 10.23% with export figure of April-November 2009 Rs.908.60 crores against Rs.834.31 crores last year. The results show that apart from the export figures of rough diamonds and gold jewellery, which showed marginal drop, other categories have shown an improvement. 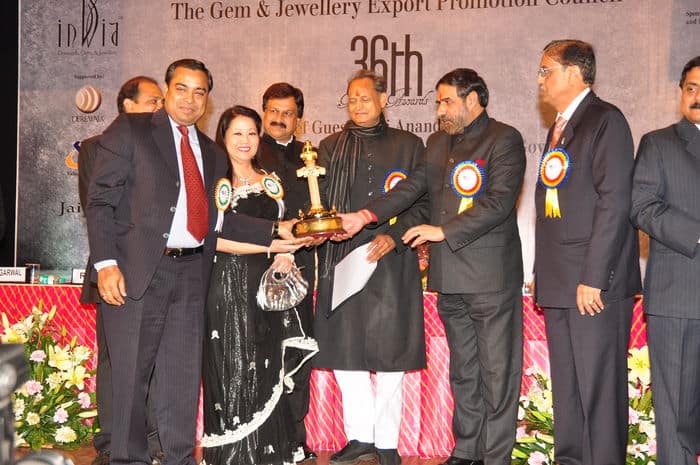 In addition, the G&J industry has immense employment potential. Currently number of people involved in this sector being 1,800,000, the industry is a huge contributor to the Indian economy.

GJEPC being the apex body of the industry constantly working to create inroads in the international markets and also at the domestic level various efforts are being made by the Council to uplift the trade. The coming year will see various such initiatives, for instance the GJEPC property called IIJS with its Goa & Mumbai editions is a platform that exposes Indian exports to the international market. ANANT, GJEPC’s campaign to promote single line diamond jewellery is a first of its kind campaign which has combined the scattered efforts of retailers and manufactures within India. 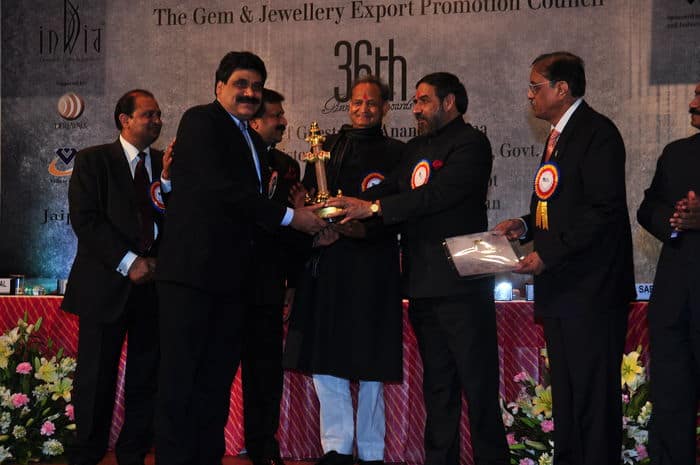 While it cannot be ignored that the industry has come a long way in recovering and now is witnessing an upward trend, GJEPC has realized that a continuous impetus needs to be provided to keep this trend going in the coming years as well. Through consistent flow of trade, the Indian G&J industry can attain global standards and be a force to reckon with internationally.

The Gem & Jewellery Export Promotion Council is an all – India apex body for Gem & Jewellery representing 5,500 members. Set up in 1966, it operates under the supervision of the Ministry of Commerce & Industry, Government of India. 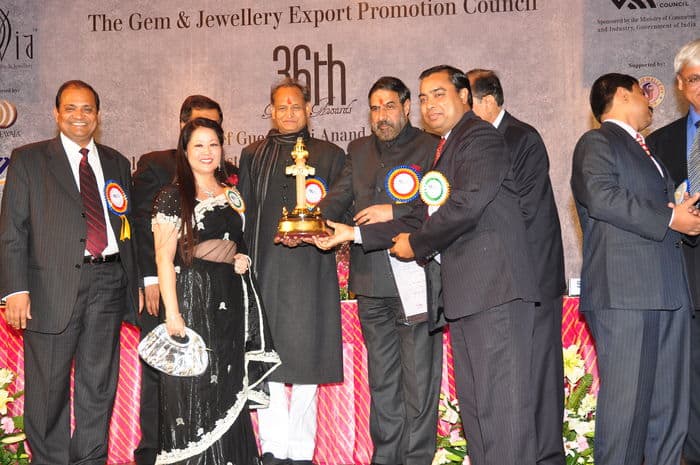