J.C. Penney Co. said that it will close about 40 stores this year and cut approximately 2,250 jobs, as it tries to improve its profitability.

Most of the stores, located in malls around the country, will close by April 4. The Plano, Texas, company currently runs about 1,060 stores.

Through the years, we’ve lost many of our favorite shopping haunts: Woolworth’s, Emporium, Harts, Kress, Grant’s and Bullocks. Mervyn’s and Kmart are closing many of their stores. Macy’s and Sears have also had their problems in the past.

Today’s economy and lifestyles aren’t what they used to be and there isn’t enough room for many of these traditional businesses. Discount stores will continue to compete with established firms-some will survive and others, such as Ward’s, will be lost. 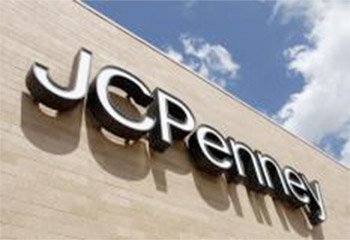 When the news of Ward’s closing got around, a friend of mine, who works for the company, put it this way. “Montgomery Ward’s was like an agent with only one client. It was necessary, it was important and it was loved, but not by enough people to keep it in business.”

A sad but true commentary on a department store chain that was once an integral part of our Americana.

Montgomery Ward’s department store is special to me. I worked in the PBX room of Ward’s Westgate store for many years. In that time, I made some abiding friendships. Ward’s wasn’t just another typical department store, it was where I worked and socialized; it was long lunch breaks in Shirley’s store buffeteria with all my friends and co-workers.

It was also a place where many a store romance blossomed. Ward’s was outdoor barbecues on employee appreciation day, store picnics in the summertime and, in December, our annual Christmas party where our favorite maintenance man, Larry, disguised in red suit and beard, handed out gifts.

More importantly, I met my husband, Dan, while working at Ward’s. After we married, I left Ward’s and devoted my time to writing. Dan continued working for Ward’s where he has been employed for the past 18 years. News of Ward’s closing reverberated through our household and social circle.

Looking back over the years to my childhood, I can remember how the arrival of the Montgomery Ward “wish book,” as it was commonly called, was the most anticipated part of my Christmas season.

For it was in these pages that I could point my finger at whatever toy I wished for and, like magic, it appeared boxed and wrapped under the family Christmas tree. The economy was good in the 1950s and Ward’s catalog sales reflected that prosperity.

To me, the Ward’s catalog possessed all the things little girls and women wanted most-toys and fashions. Mom, as her mother before her, was a faithful and diligent Ward’s shopper. The Montgomery Ward’s catalog, thick with pages of household items, was a familiar book on our coffee table. Any and all who visited our home invariably flipped through the catalog’s many pages, some to order, some to dream and some to wish.

Fewer events stirred the imagination more than the arrival in the rural home of the latest Ward’s catalog. People who never read a book read the Ward’s catalog with the same fervor as others lavished on a novel.

The concept of shopping from a catalog was a groundbreaking innovation for its day, not unlike today’s shopping on the web. The pages of the catalog were spiced with metropolitan sophistication, things such as ruffled chaise lounges, flocked wallpaper, art nouveau figurines and lacy dresses, and for the farmland residents, such things as tractors, gas lamps, farm equipment, overalls and housedresses.

This innovative merchandising idea that revolutionized the American home was conceived in 1872 by traveling dry goods salesman, Aaron Montgomery Ward, whose travels in rural America taught him the likes and dislikes of the buying public. Ward and his brother-in-law established a warehouse and drew up their first catalog, a single sheet of paper.

In 1884, the catalog’s 240 pages listed nearly 10,000 items. By 1895, Ward’s catalog was over 600 pages, sales had reached the $4 million mark. The Ward’s ‘wish book’ was in more homes then the Bible. Fourteen years later, Richard Sears, a railroad clerk and Alva Roebuck, a watchmaker, started selling from a catalog of their own. The Sears catalog was a big success, but Ward’s, because it was America’s first mail order catalog, remained the most popular.

Ward’s has another reason for being so special to American shoppers. It was in the Ward’s department store that a lovable little Christmas character named Rudolph was born. Rudolph the Red-Nosed Reindeer was created for Ward by its copywriter, Robert L. May.

In 1939, Ward’s wanted to give away a special book to children for the Christmas holiday. Ward’s asked its young copywriter to come up with some ideas. May created a story about a little reindeer that was not like all the other reindeer. He worked on the story plot for months before finally submitting his idea. Montgomery Ward executives loved the idea and printed up 2,500 copies and handed them out to shoppers. Children and grown-ups were enchanted by the little reindeer with the brilliant nose.

In 1946, Ward’s again published the book, only this time they distributed even more copies. In 1949, May ‘s good friend, Johnny Marks, wrote a 113-word song about the famous little deer. Gene Autry, recorded the song, which climbed to No. 1 on the Hit Parade.

It will be difficult adjusting to life without Ward’s. My husband and I have made lasting friendships during our years with the company. We have all promised one another that we will stay in touch, but finding new employment has a tendency to scatter people and dissolve relationships-and time and distance can make that promise hard to keep.

As with most customers and employees of Ward’s, I had hoped that the news of their closing was only a rumor. However, the official word came down from district offices. Shortly afterwards, the liquidation agents and bank solicitors arrived in the stores.

And so, as with the Oldsmobile, which stopped production the following year, another American tradition bites the dust. Ward’s will now be relegated to the past and spoken of in “Remember When” columns like this one.