I managed to get a preview of Google’s ambitious Chrome OS using a virtual machine image that was publically available for download. I had been excitedly waiting for the release since it was announced months back and was eager to get it up and running.

The main selling point of the OS is the claim that it allows users to be up and running on the web within seconds of powering on your computer. This seems an impressive claim that no other mainstream OS such as Windows or Mac OS X can claim. Not even close. Unfortunately, having only used it on a virtual machine, I cannot vouch for the performance when running it natively; however, I was running the virtual machine using 2 processing cores and 4Gb of RAM, meaning that ultimately, performance massively exceeded the general spec of netbooks whose users are essentially the target market for Google. 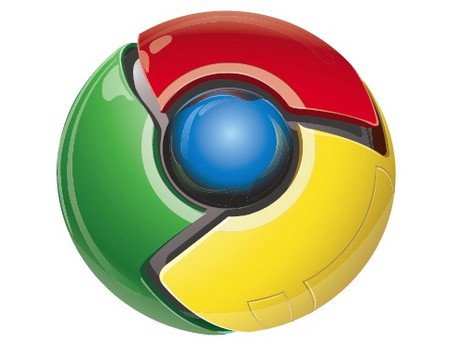 Anyway, on with the review. Initially, I was very impressed by what I saw. It seemed to deliver all that it promised in terms of features. A world of cloud computing, where everything is built into one browser. However, upon further inspection, the thought did cross my mind that it is no more than a glorified web browser with some spiced up bookmarks. On the other hand, the final release has not appeared on the scene yet and promises of more applications do whet the appetite for a new OS.

Google’s claims that this OS will rival Windows, do seem a little far-fetched at this point as in terms of functionality, it is extremely limited when compared to the more power hungry operating systems. Although this is the point of Chrome OS it would seem, providing users of PC’s with limited power and performance, an OS that will run smoothly whilst offering all of the features intended to be on netbooks or UMPC’s.

In my experience of using the OS, it is extremely fast to say the least. Featuring all of Google’s favourites such as Gmail and Google Docs, as well as a calendar.

There were two things that were noticeably absent from the OS, and these being the two main reasons why thus far, I have no intention of ditching Windows and dipping my toes into a new OS. Of course, these are the lack of video and audio players. Two of the things I use most on my PC. I’m afraid I could not use a PC where I had such limited means of listening to my music collection, for which I currently use iTunes or watching my Movies and TV shows for which I use VLC media player. Having read Google’s official Chrome blog, they do claim that they could integrate open source software for this purpose such as VLC or Songbird for audio. However, currently the only option is YouTube or an equivalent web based source of media.

In terms of aesthetics, the OS keeps very much out of the way. With all of the use being upon the web, you have no need for taskbars or anything of the sort, meaning all of your screen space is yours, unlike on windows where you have taskbars or OS X where you have docks and such things. However, for the little that it does offer, it is not bad, to tell the truth. Overall a fairly good looking environment to work in.

All in all, I believe it will probably catch the eye of many netbook users; however they will still have to get over the ever present barrier of people’s awareness. I predict a strong ad campaign from Google, otherwise it may be years before word spreads that they have provided a fast, portable and efficient alternative to the sometimes laggy Windows that has crawled its way past other Linux distributions onto netbooks. Best of all, it’s 100% free as it is based upon Linux, shaving 10% off the price of the average netbook.