Americans will now have a better and more effective recourse to correct false reporting errors on their credit reports. This follows the historic settlement between the New York State Attorney General’s Office and the big three U.S. credit reporting agencies. Those agencies collect and disseminate credit information on more than 200 million Americans.

The settlement announced recently require credit bureaus like Equifax, Transunion, and Experian, to change the way they handle errors, complaints, false debts reported by lenders and data furnishers. It includes how they report unpaid medical bills. This is part of the largest overhaul since the 2003 Fair Credit Reporting Act. The settlement will no doubt impact the way the credit reporting industry does business with the public.

What forced the settlement to take effect was the continuation of heavy pressure by New York Attorney General Eric Schneiderman, and reforms pushed through Congress by the U.S. Consumer Financial Protection Bureau.

“We certainly hope this does a lot for consumers,” said Chi Chi Wu, staff attorney at the National Consumer Law Center. “It doesn’t take care of every single problem with credit reporting, but it’s a huge step,” Wu said in a news article.

“The settlement represents the most comprehensive, voluntary changes to how the credit bureaus do business that I’ve ever seen,” said John Ulzheimer, president of Consumer Education at Creditsesame.com, in a interview with NewsBlaze.

Attorney Susan Shin added in the Nasdaq article, “The unfair practices of the big three credit reporting agencies have an outsized impact on the lives of hundreds of millions of people.” 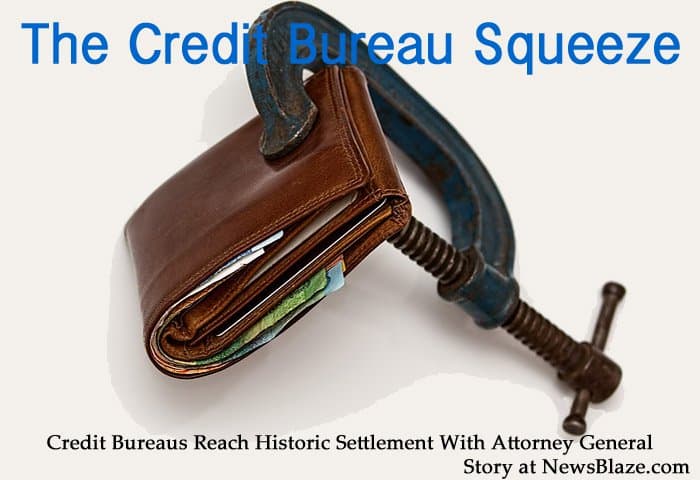 Under the final agreement reached earlier this year in March with New York State, Equifax EFX LLC, Experian Information Solutions Inc, and Transunion LLC; these three credit bureaus agreed to be more proactive in resolving disputes over information published on credit reports. It is a process that has continually stacked the deck against consumers in unfavorable ways that left unresolved errors on credit reports, according to federal watchdogs and consumer advocates.

Changes will apply nationally and gradually will phase in fully within the next six to 39 months.

The deal, “is a good sign that the reporting agencies are finally willing to step up their game and respond to the needs of hardworking consumers and their families,” said New York State Attorney General Eric Schneiderman,” in a statement published by Wall Street Journal.

Stuart Pratt, president and chief executive officer of Consumer Data Industry, a Washington-based trade group that represents credit bureaus, said also in a Wall Street Journal article, “This dialogue with a state attorney general (gave) us the chance to have a dialogue with each other and work on details on how we can proactively pursue changes to our practices.”

The deal underscores recent findings by the Federal Trade Commission(FTC), that showed in a study that “one in four Americans has at least one error or errors on their credit report.”

“Consumers with medical bills awaiting payments from an insurance company will benefit from mandatory delay of at least six months before a debt collector can report unpaid medical bills to your credit report, giving the insurance process time to get the bill paid,” Ulzheimer told NewsBlaze.

Such action shouldn’t happen anymore without a thorough and objective investigation according to consumer advocates.

With major changes on the horizon in the credit industry, let’s hope American Consumers can be treated equally when disputes arise over questionable debts put on their credit report and hopefully the big three credit bureaus uphold their end of the settlement they reached with Attorney General Office.