Celebrity Matchmakers are few and far between, and are often confused with other, less prestigious online companies, that may not be reputable. Reputable celebrity matchmaker Sherri Murphy is no stranger to this fact in the highly competitive world of matchmaking.

“Dating site OkCupid’s disclosure that the popular dating website intentionally misled couples about their suitability could open it up to a U.S. Federal Trade Commission inquiry, according to lawyers and experts in consumer-protection law,” states Reuters. 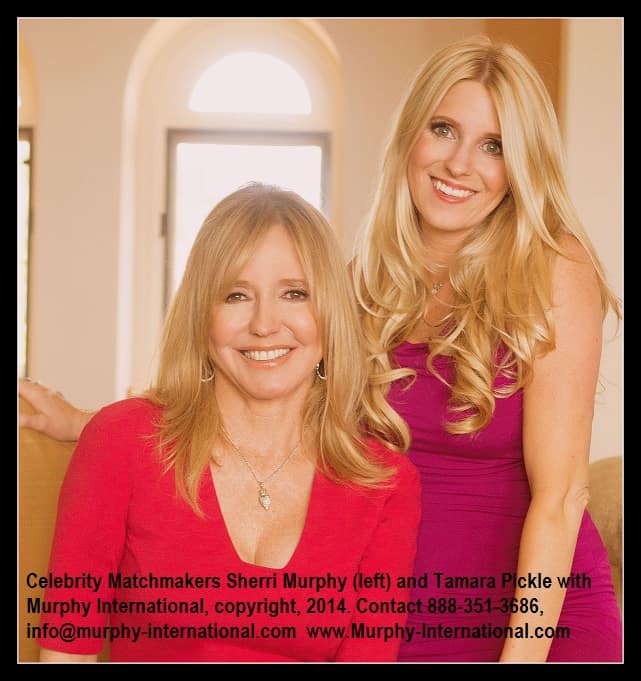 Sherri Murphy states, “I have seen many of the tricks that unethical companies try to do in this business. It is a shame, but that is also what sets our company apart by what we do. We are not an online dating company. We personally interview every one of our clients face to face. That fact, and our honesty and integrity are somee of the many things that set us apart from the countless other companies out there that may trick or lie to their clients, and do little for them.”

Earlier this month, OkCupid President Christian Rudder reportedly revealed online that OkCupid had conducted experiments on its users that entailed tests to find out compatibility. OkCupid reportedly stated, “We took pairs of bad matches and told them they were exceptionally good for each other.”

Celebrity matchmaker Sherri Murphy commented on this situation, saying, “That is just crazy! Why would someone do that to people? That’s like that Pavlov experiment of shocking dogs – it is just wrong and mean!”

FTC Reported To Be Investigating OkCupid

The Federal Trade Commission (FTC) is now reportedly investigating the company OkCupid to see if they may be in violation of a provision in the FTC act that prohibits unfair and deceptive practices by a company that result in misleading or harming consumers; this, according to Reuters.

How to Truly Find the Love of Your Life

As the founder of Murphy International herself will tell you, if you want the most success out of your dating strategy, you must choose the right matchmaker, and also, try to be more open-minded. Murphy International CEO and celebrity matchmaker Sherri Murphy states, “We cannot stress to our clients enough that if they were only a little less stringent about their parameters, they could significantly increase their chances of finding lasting love, not something insignificant that is based on superficial qualities, such as looks, height, and amount of hair on the person’s head, or their age.”

Sherri Murphy, who has done matchmaking for stars on Television including Latoya Jackson among many others, found the love of her life; her husband of 18 years, through a matchmaker also, and she is the first to admit, she was not that blown away by him to begin with, either. She adds, “He was a nice enough man that I begrudgingly accepted a second date with him, and even at that point, was convinced it would most likely end in a friendship, if anything. However, little by little, as I spent more time with him enjoying his company, that magic began happening. This kind person in front of me who adored me from the get-go started to become more attractive in my eyes. After three whole months, I finally decided I was in love with him, and that friendship blossomed into a marriage proposal only six months later!”

Be Open Minded About Falling In Love

Sherri says “Our clients at times are much too quick to brush off a perfectly decent person after a few dates simply because they do not hit all of their checklist items. Those are useful in a grocery store, but not so much in dating.” “Instant fireworks do not always happen for everyone, and even so, they are not a guarantee for a lasting relationship anyway. So, give a chance to the slow burns,” Sherri cautions, adding, “Keep your shopping list where it belongs and remember that they should never apply to people! Start opening your mind so you can finally open your heart!”

For a personal, free consultation with the celebrity matchmaker herself, who hand picks every match and screens them heavily in person, call Sherri Murphy directly at 888-351-3686, or e-mail the dating guru at [email protected]