On 9 January 2018, Amazon’s CEO Jeff Bezos and his wife Mackenzie made the Twitter announcement of their divorce. Analysts are trying to find the trading opportunity in this announcement.

As expected, the initial reaction remained negative for the company and the Amazon stock went downward in the next morning trading session. The stock immediately recouped its downfall, though. AMZN stock closed with a modest loss by Friday’s closing.

This behavior of Amazon’s chart is the classic “False Breakout Pattern“ shared by Meir Barak, founder of Tradenet, who’s live chat trading room is available on Facebook as well.

Traders need to be careful and diligent when they see such volatility. Meir Barak: “In such cases, I recommend continuing to allow the trading position of a trend reversal (i.e. allowing the profits to run), and using a strict stop loss in the event that the stock goes into consolidation mode.” 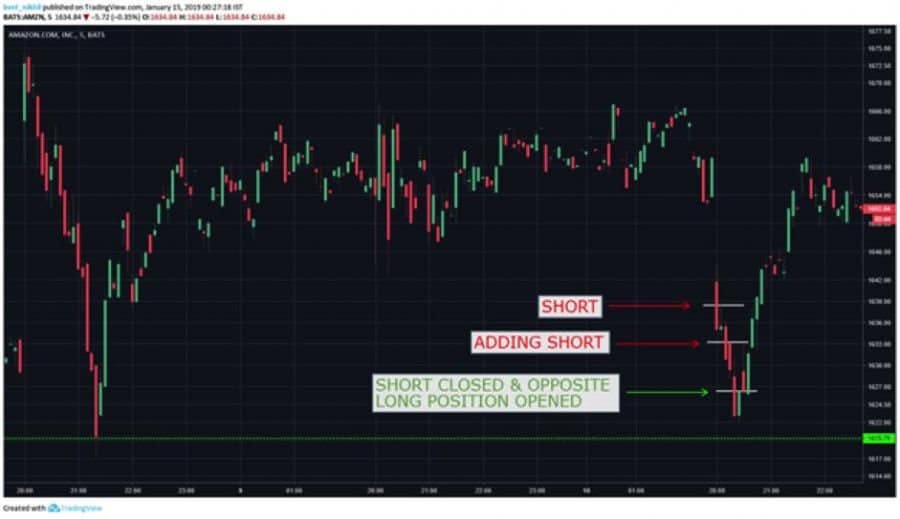 Jeff Bezos is Amazon’s largest shareholder, with a 16% stake in the company from holding 79 million common stocks. The divorce is expected to be filed in Washington, as it’s a Community Property state. In divorce cases, unless there’s a prenup, the assets that are acquired during the marriage are split equally between the spouses. It means ex-wife Mackenzie Bezos could end up holding an 8% stake in the company. There are three possible scenarios:

Overall, the fund managers and the analysts are optimistic about Amazon’s leadership and growth prospects. The street does not expect a divorce to lead to significant changes in the company. This assumption can be confirmed by looking at the unchanged stock volume and price.

Volume plays the most important role in deciding the trend of the stock.

The stock is currently trading at a 20% discount on its 52-week high price. The stock has significantly corrected from its top due to 3Q earnings results. Amazon reported healthy 3Q Earnings Per Share of $5.75, which was way above the consensus expectation of $3.14. The company fell short on the revenue expectations and also on the softer-than-anticipated forward guidance. All the negative information surrounding the company is reflected in the AMZN stock price. 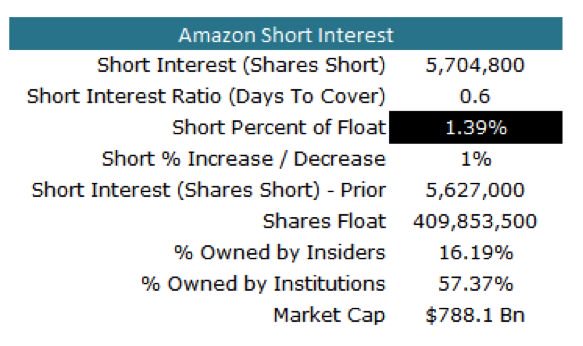 One barometer to confirm this theory is to check for the short interest in Amazon. The company has a very small 1.39% short percentage of the floating shares. It simply means that financial institutions have a [SB1] bullish view on the stock and/or they believe current stock levels are at the bottom and they will not go any lower.

Market participants seem to be very bullish on the AMZN stock price. The analyst community has given aggressive targets for the stock price on expected 4Q earnings. Amazon is giving 44 Buy recommendations and 1 Hold recommendation. Overall, the consensus price target is $2,129.6, which is 29.81% up from the current market price. Meir Barak adds: “expectations of Amazon are now extremely high, when you look at analyst average targets. Would keep an eye open on the stock just around earnings release. If they miss by a lot, they could see a deep dive.”

For intraday trading – $1,620 working as a strong support level for taking long positions.

For positional trading – $1,352.3 acting as strong support on the longer time frame. 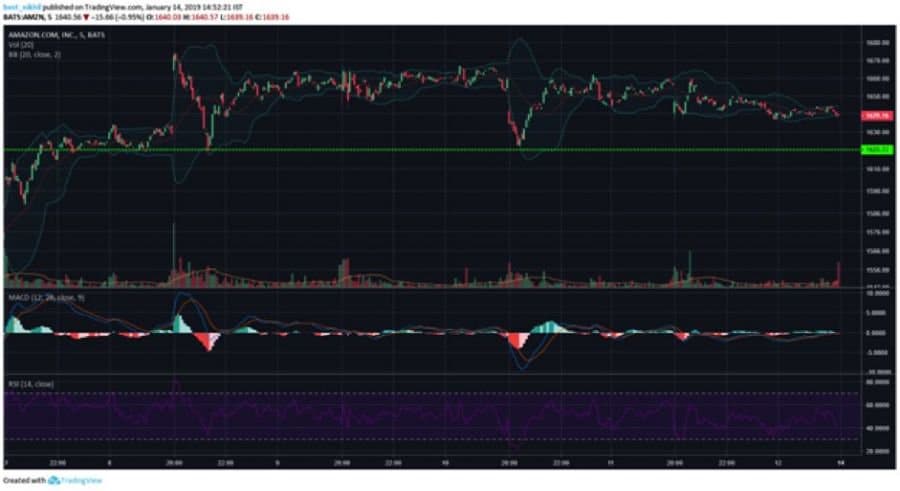 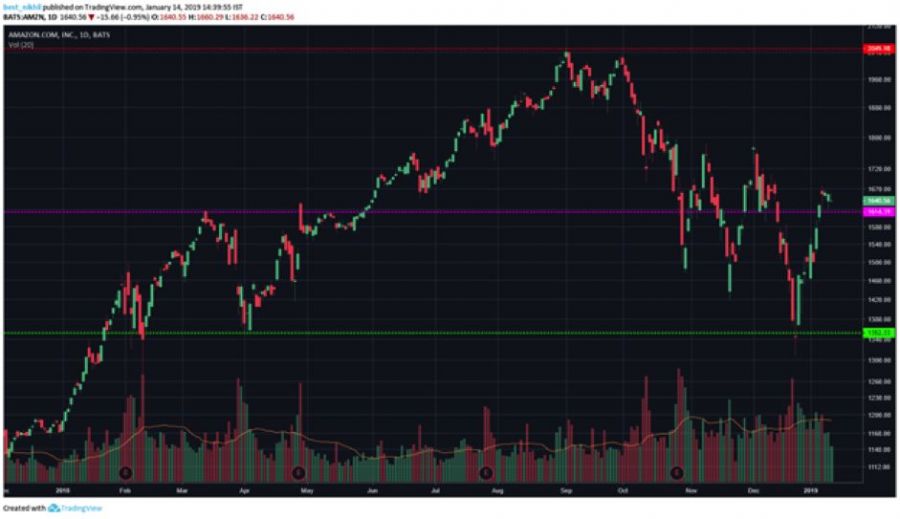