It was a Beautiful warm Montana Spring Day. The first real nice day in several weeks, due to snow and rain. Typical Montana spring type weather, It changes by the hour here… Love it though. We decided to take a ride to St. Ignatius and go through the old Mission Church and wander over to the National Bison Range and do the 16 mile loop scenic drive. Here’s what we saw.

History of the Bison Range

The history of the bison, or buffalo, in the Flathead Valley began in about 1873 when Walking Coyote, a Pend d’ Oreille Indian, returned from Blackfeet Country on the plains with five orphaned calves. When he had about 13 buffalo, he sold them to two ranchers, Michael Pablo and Charles Allard. At that time, of the 30 to 70 million bison that once roamed the plains, less than 100 remained in the wild and there were fewer than 1,000 left. The Pablo/Allard herd had become the largest herd in existence. Allard’s heirs sold his portion of the herd to Charles Conrad in Kalispell and animals from the Conrad herd formed the nucleus of the Bison Range stock. 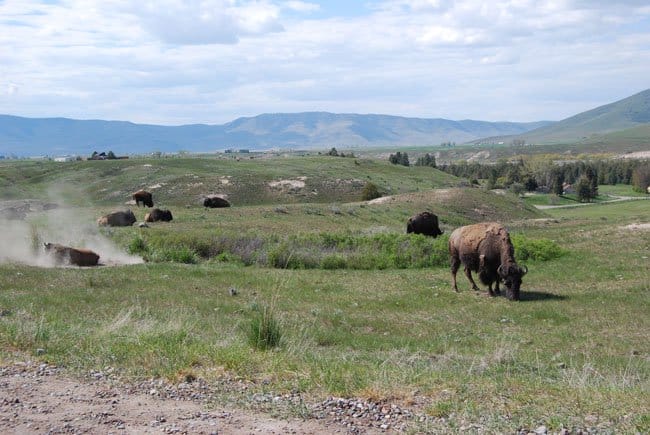 As the valley became settled, Pablo realized that his large herd of free-roaming buffalo would not be very welcome, and he attempted to sell them to the United States Government. When he received little response, he sold the herd to Canada. The sale of this last, large herd out of the country produced a huge public outcry which led to the formation of the American Bison Society. Through the efforts of William Hornaday of the Smithsonian Institution, President Theodore Roosevelt and congress were persuaded to set aside lands for the preservation of the American bison. Three reserves were established between 1907 and 1909 to save bison from extinction. 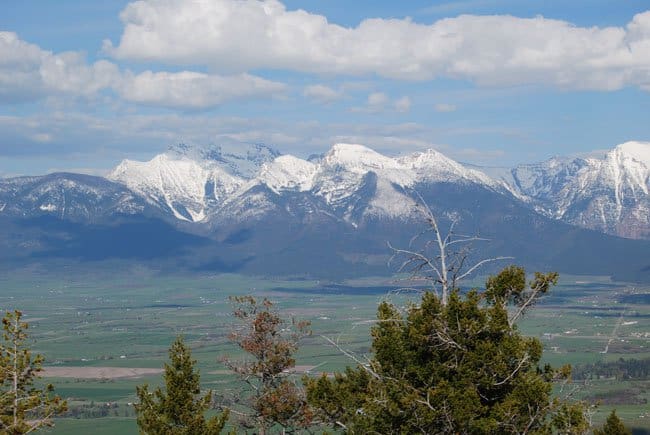 The National Bison Range was one of these, and was established in 1908. Today bison are no longer in danger of extinction and there are more than 140,000 in North America. A large percentage of these are in private herds.

Currently, some 350 to 500 bison roam the 18,500 acres of the Bison Range, which is a part of the National Wildlife Refuge System. The Range is made up primarily of native Palouse prairie grasslands, but also includes mountain forest, wetlands and river bottom woodlands. In addition to bison, these diverse habitats provide a home for some 50 different animals and over 200 bird species.

Towards the end of 16 miles, a 3 hour drive we came a upon a small herd of elk standing in Mission Creek. Look like they were cooling of from our first day of eighty one degrees, here in western Montana. 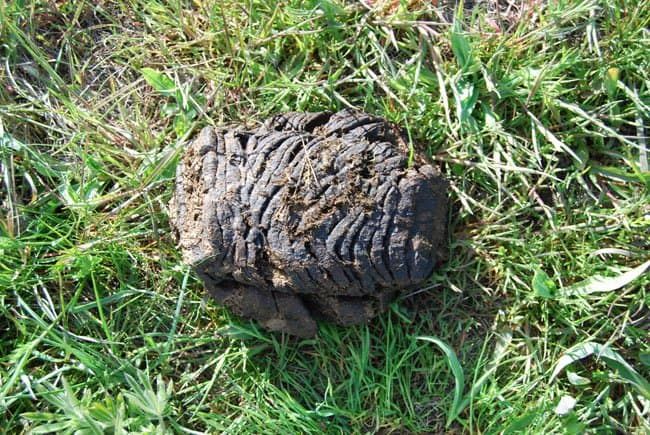 Or When the Chips are Down!!!

I would like to end this on the Buffalo Chip. If you lived upon the prairie traveling this would have been your only source of heat and cooking fuel. Only grass and buffalo chips as far as the eye can see. I image the Buffalo chip added an interesting flavor to the evening dinner. 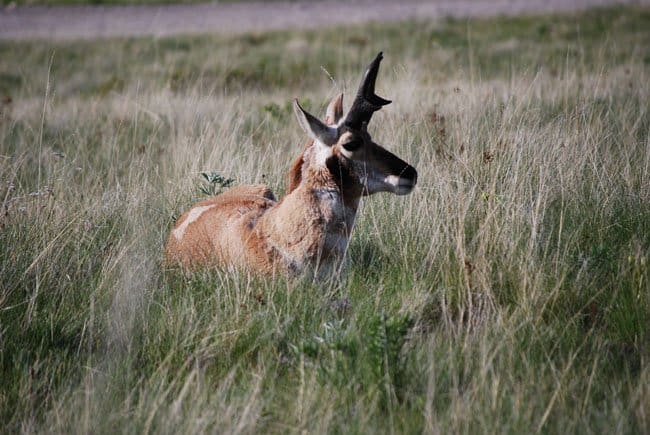 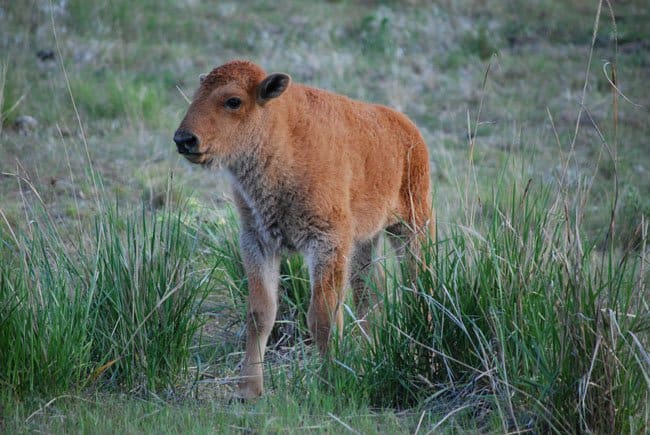 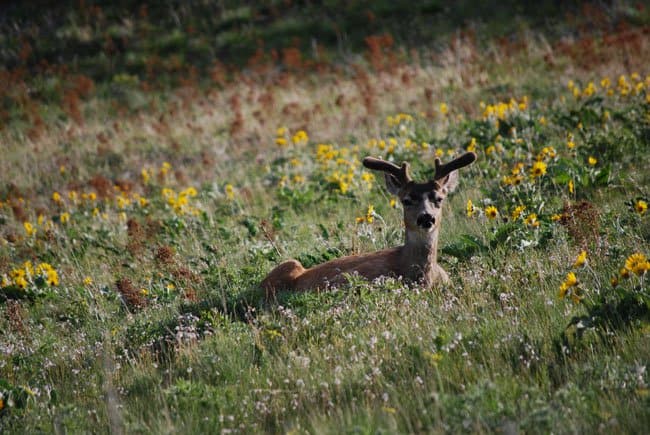