DETROIT – It was a cold and snowy Super Bowl Sunday but Junior Josh McFolley was hot as he tallied a career-high 30 points. It wasn’t enough as the University of Detroit Mercy men’s basketball team fell, 78-69, to University of Illinois-Chicago in historic Calihan Hall.

Senior DeShawndre Black tied his career high with eight assists, playing all 40 minutes but he was cold from the floor, going 0-11. Sophomore Cole Long pulled down a career-best nine rebounds.

Meanwhile, sophomore Dikembe Dixson scored a team-high 23 points for UIC as the third-place Flames clinched their sixth-consecutive victory. Sophomore guard Tarkus Ferguson had a double-double with 15 points and 11 rebounds. Ferguson and the Flames will play five of their next six games at the UIC Pavilion beginning on Thursday, Feb. 8. They take on Youngstown State at 7 p.m. CT. http://uicflames.com/archives.aspx?path=mbball

Detroit Mercy will return to action on Friday, Feb. 9, as the Titans take on cross-town Oakland in a game that will start at 9 p.m. and will be televised live on ESPN2. It will be played at the “O” Arena. http://www.goldengrizzlies.com/sports/m-baskbl/oakl-m-baskbl-body.html

Motor City Madness takes place on March 2nd – 6th, 2018. It will be at the news Little Caesars Arena in Detroit. http://horizonleague.com/tournaments/?id=2 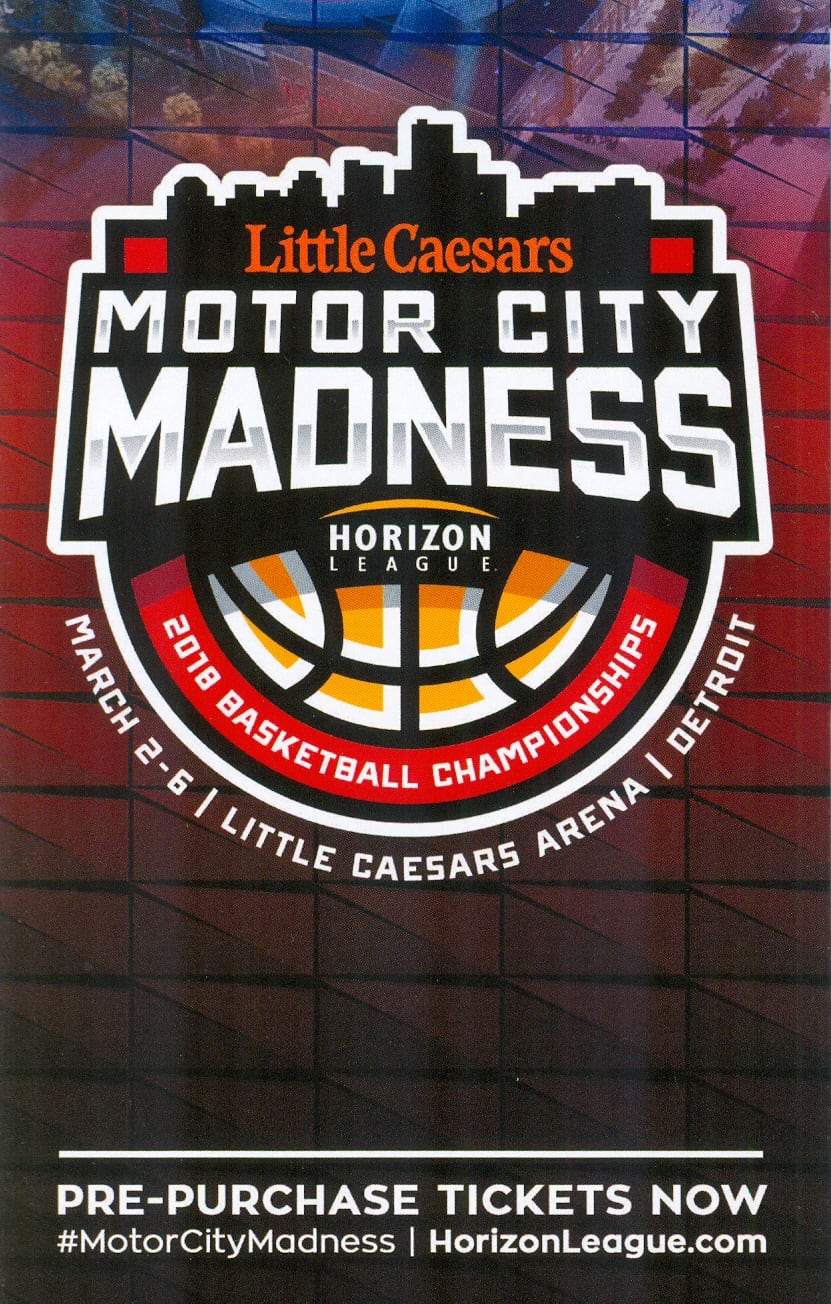