Raley Field scored big by securing a return engagement of Monterrey, a Premier Mexican soccer team, to play Preston North End, a Championship team of English League Soccer, in a game at the ballpark, July 26 at 8:00 p.m. Sacramento Municipal Utility District has helped make the game possible as title sponsor.

Monterrey returns to Raley Field after a spirited win last year with all-stars Severo Meza, Carlos Ochoa and Felipe Baloy. Monterrey captured the Clausura League Championship in 2003 and was runner-up in the Apertura League in 2004 and 2005.

Last year’s sell-out received enthusiastic support with more than 14,500 soccer fans in attendance. Based on last year’s game, tickets for the July contest are expected to go quick. 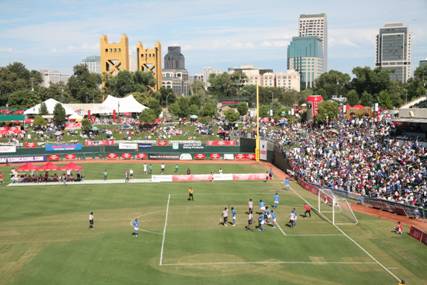 “I am very happy to be returning to Sacramento and to have the opportunity to play against England’s Team Preston,” said Miguel Herrera Aguirre, Monterrey Coach. “I would like to thank the organizers of this match for their hard work in bringing this event to the Sacramento community, and I hope that you all show up and make it a success so that more matches can be organized.”

Preston North End, one of the founding members of the English Football League in 1888, finished the 2006-07 season in seventh place in the Coca-Cola Championship (England’s second tier) with a record of 22-16-8 put them just one point shy of a playoff berth for the opportunity to be promoted to the English Premier League. 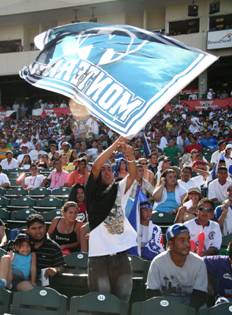 “This is an exciting event for soccer fans in the region and with the support of our title partner SMUD we are pleased to bring this event to Raley Field,” said Darrin Gross, Vice President, Corporate Partnership & Broadcasting for Raley Field.

“SMUD is privileged to be associated with Raley Field and such a popular community sporting event,” said John DiStasio, SMUD Assistant General Manager. “We look forward to being involved with our customers and carrying out our message of energy efficiency.”

Tickets are $23 to $32 in advance and go on sale Saturday, June 2 at the Raley Field box office, any Ticketmaster outlet, or at www.ticketmaster.com. Tickets are $25 to $35 at the gate. Group discount rates are available call 916-371-HITS.