“We are extremely proud of James’ commitment to the City as well as his commitment to training in an extremely tough sport,” said the Commander of the Operations Division, Captain Larry Saunders. “When you compete in the Police and Fire Games you not only represent yourself but the organization and community in which you work. We are all very proud of his success.” 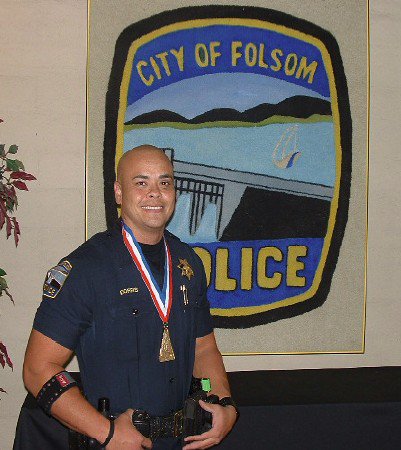 Dorris is a three year veteran of the Folsom Police Department, having transferred to Folsom from the Contra Costa Country Sheriff’s Department in 2005. He is currently assigned as a uniformed patrol officer. He trains off-duty, two hours a day, six days a week.

The annual Western States Police and Fire Games (www.2008wspfg.org) draw thousands of public safety professionals from 14 states to compete in over 60 sports.

2008 was Dorris’ fourth effort in the Games, winning bronze and silver medals in the past. “I am very thankful for the support the Police Department has given me over the years for my boxing endeavors,” said Dorris. “I especially owe a huge dept of gratitude to Sergeant Ty Schantz who has taken time out of his busy personal schedule to help me train.”