The biased, one-sided media in this country portrays President Trump’s foreign policy as one stumble away from nuclear annihilation. For thinking Americans, they realize that Trump is up against a hostile press corps that never got over their candidate losing the presidential election.

Nevertheless, the president prevails time after time. From savage trade disputes with the Chinese to reining in the dictatorship of North Korea, Trump is in the driver’s seat and America should know it even though the media acts like a Pravda filter to anything good this president does.

His trip to Europe to meet with our NATO allies is an excellent case in point of the censorship partisan media puts on this man’s accomplishments. His simple demand was that our allies pay their fair share of the cost of defending them from their Russian aggressor. That should not be a headline-grabber since that is the solemn document they all signed decades ago when they were defenseless and needed us desperately.

But the shrieking press sees it differently. Apparently, Trump was “rude” to the Europeans and had no business asking them to play fair. The very idea that this country would ask for payment on a business deal both parties signed is a horror to outlets like CNN or MSNBC. Is that the case, or is it because their arch enemy is asking for the money? 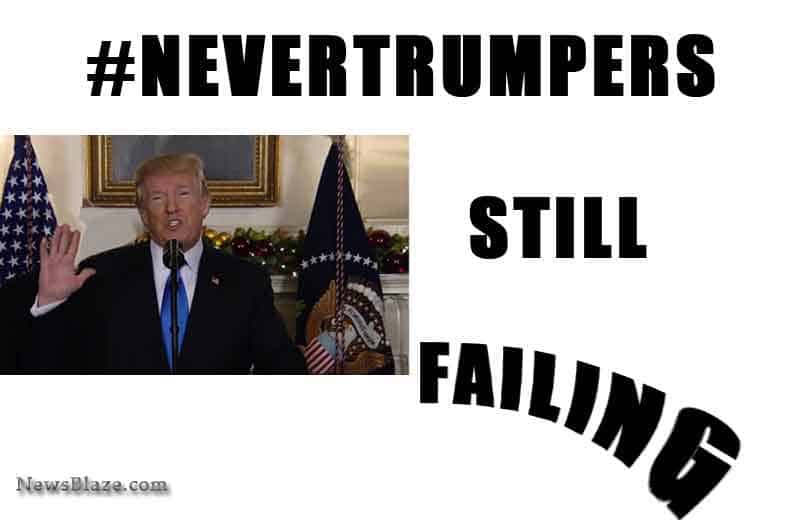 The media was again up in arms concerning Trump’s backing out of Obama’s Iran agreement that was never sent to Congress for approval. Never mind that the “agreement” came with a cash payment (bribe) of $400 billion dollars and no guarantees that the distrusted mullahs in Teheran would keep their word.

CNN framed Trump’s decision as a dangerous “national security” issue. Did they consult with the Israelis who provided the US, along with Great Britain, viable proof that Tehran was playing the US as a total sucker in the paper deal?

By utilizing American power rather than trying to be “buddies” with the tyrannical Iranian regime, Trump has commanded the respect of the world. No more Mr. Nice Guy to curry smiles from the dishonest and disingenuous enemies and allies combined.

Donald Trump is making progress fixing the ruinous status quo he inherited. He is creating a sort of roadmap for America’s future relationships with friend and foe alike.

That will not sit well with dedicated Trump-haters in the supposed “fair media.” It will never matter to The New York Times or Washington Post what this man does. They will take the side against him even at the risk of being on the side of America’s enemies. That is the extent of their hatred they hide under their umbrella as so-called “journalists.”

Trump is risking his own booming economy and approval rating to take on the imbalance of trade with China. Recent reports from China say there is growing criticism there over how President Xi Jinping is handling Trump. Why? Because Trump is a businessman and not a politician. He is aware of the value of a buck because in his experience the government doesn’t give it to you; you earn it.

Trump knows that China with it’s immense population to feed can ill afford a protracted and costly tariff war with the US. Yes, it may seem dark at the beginning of this sort of struggle, but the Chinese are paper tigers when it comes to trade. They need us a lot more than we need them, and Trump knows it all too well after decades of dealing with them

Europe, Russia and Canada are aware of their position in the economic scale of things. Their GNP combined is about what the US is. None of them are prepared for a protracted economic war with super power America. Besides, they have been getting one-sided deals from America’s soft and clueless economic teams for decades.

Then there is Turkey, a so-called NATO ally. Their near-dictator, President Recep Tayyip Erdogan, has silenced nearly all political opposition and cozied up to Putin and the Russians. Again, Turkey is a NATO ally. One would think Trump would come calling with a message of conciliation.

Far from it, Trump has put economic pressure on Turkey and Erdogan’s bluff to favor the Russians is up in smoke. He knows that is not what his people want, and the American president knows it’s a negotiating bluff to get more out of the US. Erodgan urged his people to exchange gold and other valuables for the lira in hopes of stopping the rout. Good luck with that Mr. Desperate Leader.

The world has grown accustomed to America’s generosity. Like a small child they have grown to expect it. The times have changed, WWII is 75-years in our rearview mirror and it is the moment they realize we are not their ATM. Is this not the mark of a strong leader we so desperately need?

From the United Nations to the Iranians, Trump has warned that this is a new day in the United States. Trump pays no attention to the “Blame America Firsters,” much like Ronald Reagan did. And let’s not forget Reagan’s policies are now widely regarded as transformative. Remember the Berlin Wall and the Soviet Union?

The world leaders loved Barack Obama and for good reason. He would gently warn them of unpleasantries and then ignore them. Trump is the exact opposite as a seasoned businessman. Pay up or shut up is his language. His message is bearing fruit despite all the negative media he receives.

It is time to ignore the ‘Trump Derangement Syndrome’ and accept the reality that we will not get straight-forward news coverage now or ever. We must discern the factual from the fiction as a responsible nation.

Weakness does not improve relations. Strength does. Persistence and luck are needed for success. If the Democrats are successful in regaining a House majority in November, all that has been laid in place by Trump to regain American respect will be lost as the entire agenda will be impeachment and gridlock.