Looks like Representative Anthony Weiner has gotten himself into quite a pickle!

Now before I go any further into this delicate topic/situation, I think one ground rule needs to be established, one that will insure that this article maintains the highbrow, genteel tone appropriate to this particular situation. And that ground rule is this – for future reference, any reference to the, umm, particular bodily part involved in this tender situation will be referred to as, umm, a “weinee.” This is a politically neutral term, one that’s not crude or obscene, and one that most everyone will make the proper association with. I fully understand our audience here is made up of all ages, so by golly I’m going with something that gets no one in trouble but drills right into the heart of this particular situation.

Now, with that behind us we can get started. Apparently the word out on the street is that a photographic depiction involving the Weiner weinee was sent, via his Twitter account, to a young female college student. I guess this college student didn’t appreciate such a gesture and got a bit rigid about it, so now it’s out all over the place. And the resultant issues involved are pretty ticklish, amongst them being:

1. If the free mailing of paper documents are termed “congressional franking privileges,” then what term should we use in a situation like this one involving digitized weinee photos being transmitted out to certain citizenry? It would take someone with a real grip on computers, imaging technology, and more to affix the appropriate terminology involved with a terse situation like this one.

2. Representative Weiner says that he’s not certain that the photo involved here is of himself. Ummm, really? I don’t quite know how to say this in a relatively delicate way, but most guys that I know could easily identify their own personal trouser occupants, it would be like 100% complete and instant recognition for most of us. So if we have a congressman who isn’t quite sure of what is or what isn’t, ummm, do we want him involved in decision making regarding the budget, health care, or nuclear weapons? In other words, if he hasn’t got a good grip on his own particulars do we want him grabbing onto anything else of importance?

3. If someone did actually hack into Congressman Weiner’s computer, then there’s a legitimate security issue. More than that, though, shouldn’t we expect more from our hackers than this? I mean, this situation is bad enough, but if they send out a pic of Congressman Weiner’s weinee, well, what’s next? Pics of Al Franken’s dental work? Shots of Henry Waxman’s nostrils? Close ups of Maxine Waters’ lips when she has one of those three bagger haint-like scowls goin’ on? Geez, talk about a national assault on all our eyeballs, those hackers would be goin’ too damned far! 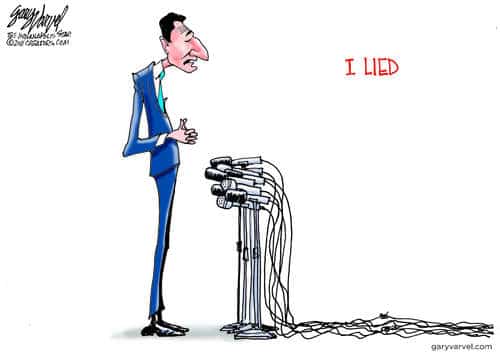 There are even more issues involved, but these three are enough to illustrate what a huge issue the sending and receiving of potential shots of Congressman Weiner’s weinee is becoming. So maybe now it’s appropriate to talk about what might be done to correct this situation. Personally, if I were Congressman Weiner and the pic in question was flattering, I’d step out and take full credit for it. I’d first admit a bit of embarrassment over the picture being sent out, but then I’d say, “Look, it is what it is, isn’t it?” Then, I’d sponsor a bill to shoot some missiles over on Iran or something in order to capitalize on my new found popularity. On the other hand, if the picture weren’t so flattering, then I’d focus on promoting things like the Small Business Administration or increasing production of fuel efficient cars or whatever. My motto would be, take things in hand and maximize whatever the particular situation involved is, it sure would help Representative Weiner given this situation his weinee appears to have thrust him into.

So there you have it folks – up to the minute coverage of an issue that’s piercing through media outlets all over the world. If some new information regarding Representative Weiner’s weinee comes into focus, I’ll be sure to add even more discourse about it here – same NewsBlaze time, same NewsBlaze channel!