In the latest example of political correctness run amok, Stan Lee, creator of the Spiderman superhero series, has been accused of sexual harassment. The story has the potential to create significant stock market price ramifications given the fact that Disney announced its intention to buy the comic book juggernaut (for $4 billion) earlier this month.

But there are some facts in the story that separate the scenario from some of the other cases that have popped up over the last few months. What has been largely missed in the story is the that the 95-year-old former head of Marvel Comics lives in a retirement community (nursing home) and suffers from a severe form of brain dementia that often leads to inappropriate sexual behavior in older men. 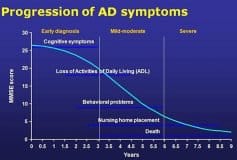 Hypersexual behavior in frontotemporal dementia is actually a fairly well-documented phenomenon, and in many cases will present in the earlier years. Early-onset Alzheimer’s disease is a debilitating illness with no cure, but it would appear as though this is largely being missed in the media of popular culture.

These are important distinctions that must be made in any logical, civilized society. There are also important HR concerns and business culture strategies for companies and that must be addressed in these areas. But when the majority of the media is more focused on ratings and traffic rather than getting the facts right, there are always going to be facts lost in the mix. Is the Stan Lee story just the latest example of political correctness going off the rails?

My personal taste in movies has never really veered toward the superhero genre. It’s lack of realism leaves an unsatisfying sense that those two hours watching should have been spent doing something more productive. But that does not mean people like Stan Lee should go without some sort of explanation for why his inappropriate behavior may have occurred.

Alzheimer’s disease is a real thing, and there is no cure. It is a terminal illness that kills 83,000 people in the US alone, each year. That is far more than previously thought, and a figure that should be alarming to most people. We are still a ways off having a realistic cure for these illnesses, and the chart below shows some of the progress that has been made over the last few decades.

In liberal academia, there are those with a socio-political perspective that attempts to justify and rationalize inappropriate or criminal. Concepts like historical racism, poverty, and a lack of family structure are all cited whenever an offender from the “correct” racial/gender demographic is in question. But if you fall into the left’s version of the “wrong” demographic, none of this seems to be very important. This is true even in cases where there is legitimate science to explain the extreme changes in behavior.

Whether or not someone like Stan Lee can be held accountable is up to medical science to decide – not a hashtag activist (slacktivist). It would do society well to avoid rushing to judgment in all cases. But in an era where instantaneous is somehow not fast enough, it seems unlikely these trends will be changing any time soon.