Midterm elections traditionally favor the party out of power. The operative word is “traditionally.” This year’s contests may be shaping up for some shocking surprises for both the Democrats and the far left.

For more than a year, Americans have been subjected to a so-called “investigation” into Russian collusion by Donald Trump, his former campaign staff and others. As of this column, not a single shred of evidence has been produced to substantiate that serious charge. The outrageous nature of the partisan probe has not been ignored by the voting electorate.

The country is tired of the bickering between the disgruntled left wing of the Democratic Party and the president. It appears that as time goes by, the country is turning to the president and conservatives to lead the nation forward.

In a new Politico/Morning Consult poll, 39 percent of voters would now back the Republican candidate for Congress in their district, compared to 38 percent who would support the Democratic candidate. The numbers are more than worrisome for Democrats who have been banking on the daily attacks against the president to put doubt in voter’s minds. 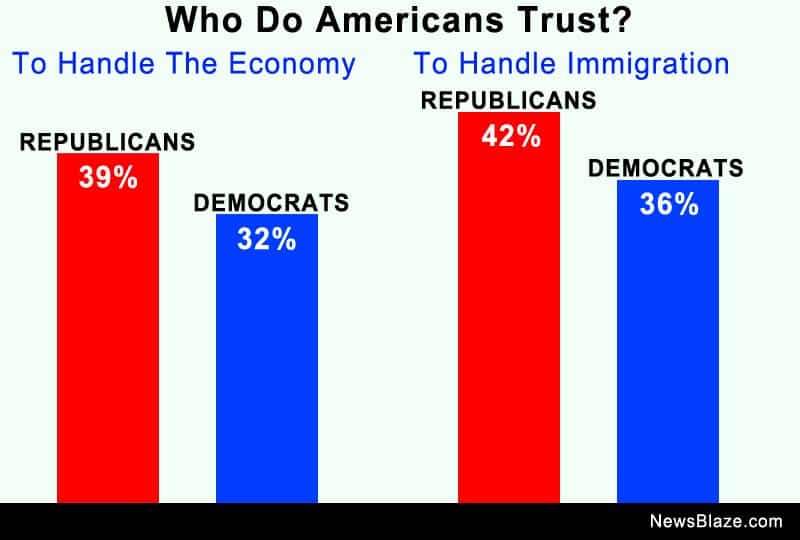 Additionally, the poll found President Donald Trump’s approval going up with 47 percent now backing his job performance, compared to 47 percent who disapprove of it. That is a big indicator of the country’s mood towards the biased mainstream media and the hysterical left – bound and determined at all costs to bring down the president after losing the election.

For the first time in his presidency, against all odds, Trump’s approval rating in the poll equals the percentage of those who disapprove on the way he’s doing his job. Forty-four percent approved of Trump’s job performance, compared to 51 percent who disapproved.

The survey included some interesting numbers that will not bode well for Democratic victories in November:

The trust factor is the key to the survey results. The unprecedented onslaught of the media on Donald Trump’s presidency has been stifling. The reality that he has persevered through the storm virtually unscathed is remarkable and very telling of things to come.