NewsBlaze News
Home USA Politics Philadelphia Is the Key to the Democrats’ Hold On Congress!

Wait a minute, and hear my take on the midterm elections as they CHANGE. An iota of consolidation in presumption is taking place this morning. I now see Philadelphia, the cradle of our democracy, as an Alamo for the Democrats. Philadelphia controls 40 % of the votes for Pennsylvania. If the Democrats can get out the vote in Philadelphia, they will give the gift to Joe Sestak of the senate seat. Now here’s the crux of my argument.

If Pennsylvania goes with the Democrats, other states with very close races will follow suit, and Democrats will win nation-wide by a very narrow margin. I predict that Colorado, West Virginia, Illinois, Nevada and Kentucky will elect the Democratic candidate for their next senator. I have no solid cause and effect argument for this theory, but rather it reaches me in a flash of instinctual intuition. A telling harbinger would have to be when Obama stumps for Sestak in Philadelphia, just before the election.

I’m watching the Pennsylvania polls with an eagle-eye right at this very moment. Quinnipiac shows Sestak narrowing the gap to 2 %, 48-46. Rasmussen (which leans Republican) has Pat Toomey at 48, while Joe Sestak is at 44. Morning call Tracking has it at dead even, 43-43. Public Policy Polling stats from October 19th actually have Joe Sestak ahead by 1 point, 46 to 45. The Real Clear Politics’ average has Toomey ahead by only 1.2. An important statistic to keep in mind here is the large percent of undecided voters, which at times runs as high as 10%.

I would venture to guess that a larger percent of these undecided voters are registered Democrats, who just need to be closed on the message being promulgated by Sestak. And even stalwarts, such as Bill Clinton and Barack Obama, could accomplish a great deal in the way of bolstering minority turnout in Philadelphia. This could have the profound effect of winning the election for Sestak, which, as a result, could run the table in other pivotal states. This is my Domino Theory of midterm politics.

Another theory of mine, is that if African-Americans and Hispanics (from Colorado, Nevada, Illinois and Kentucky) see Sestak surging in the polls the moment before the election, their apathy will suddenly vanish and they’ll galvanize their friends, neighbors and relatives to race to the polls, and save the necks of Bennet, Reid and Conway. All eyes are zeroed in on Pennsylvania, and specifically on Philadelphia.

But why has Joe Sestak been gaining good ground on Pat Toomey over the past few weeks? One major reason for this ‘bluing phenomenon’ is what I call the ‘Palin/O’Donnell effect.’ Sarah Palin recently endorsed Pat Toomey, and this was around the time when his numbers took a nasty tumble. I should think an endorsement from Palin would be the KISS OF DEATH! I gather that Toomey saw it that way as well, with his response, laced with guarded vagaries, to the question of whether Sarah Palin would make a good president.

Meg Whitman and Carly Fiorina in California were running like the West wind from the former Alaska Governor, when she wailed with awkward stumps for her cohort Republican victims. All that ‘Lock and Load’ talk was a complete miss-match for the liberal-leaning Cali-mellow constituency; these former business CEOs took a statistical hit themselves when the Bad Mama Bear hit town. Even crazy Sharron Angle avoided Barracuda like Legionnaires Disease when she invaded Las Vegas!

And Christine O’Donnell is a no brainer in terms of seeing a negative-effect-spill-over on poor Pat Toomey. Overlapping media markets exist between Delaware and Pennsylvania. This means that every time Christine says something stupid, like the Constitution negates the separation of Church and State, this bleeds into Pennsylvania, and it makes people question whether Pat Toomey might hold similar wacky views. O’Donnell is receiving a lot more national press coverage than Toomey, and it’s his misfortune to be upwind from this Bad Juju Voodoo, that blows cruddy fog on his political windshield.

Sestak’s strongest issue is Social Security; and his ad is the most urgent one running now for the Pennsylvania race. I will link it for you below, because it shows senior citizens in a straight and most fearful if they should lose their Social Security benefits. The cleverest aspect of the ad is that it recalls the stock market crash of 2008. Therefore, the ad ties in the stupidity of an unregulated market in 2008, that directly led us to the edge of a precipice, and to a dangerous evaporation of security for vulnerable seniors.

IE, if senior citizens had their entitlements invested in the market at this time, they would have lost it all. Toomey favors a limited privatization of Social Security, but Pennsylvania has the second largest population of seniors in the country (Florida is first), and this maverick scheme, favored also by Ken Buck and Rand Paul, does not translate well in the Keystone State. Thus, it would behoove Sestak to hammer hard on this issue, and I feel assured that he’ll do just that.

Another thing is I don’t think Sestak should distance himself from Barack Obama, especially on the health care bill. Obama’s popularity #s have been on the rise this week, and I’m certain of the fact that Obama can get out the vote in the Quaker State, especially in the City of Brotherly Love. Once again, Sestak can emphasize that the health care bill preserves Medicare prescription benefits and mandates that the greedy insurance companies will have to cover fundamentals, such as mammograms and cholesterol screenings.

If Sestak is going to win, he will have to win in the western part of the state. Pittsburgh use to be more of a stronghold of blue-collar Democrats. The once thriving steel industry is all but a memory now in Pittsburgh. In 2008 the 12th congressional district went for John McCain. This is paradoxical for an area that is heavily union. Lots of jobs have been lost here, outsourced to China. But Sestak has a program for clean energy initiatives that will help us to break the grip of foreign oil dependency.

This is a measure to help in reversing the flip-flop voting trends of Pittsburgh, and bring it back into the fold of the Democrats. Yes, all eyes should focus in on the race in Pennsylvania. And if the turnout is bigger-than-life in Philadelphia, this will have the net kinetic effect of galvanizing the entire country in the Court of the Blue. If more people vote, minorities are better represented, and this benefits our democracy.

Every vote matters. Let the Liberty Bell ring once again, let the Declaration of Independence be read out loud from the steps of Independence Hall! The spirits of Benjamin Franklin and Thomas Jefferson appear before me as angels this morning. Lay down a line of defense in our Capital of The Thirteen Colonies, a firewall that repels the Tea Party crazies (Sharron Angle, CO, SP, Rand Paul, John Raese, Ken Buck, Jim DeMint, Joe Miller & Marco Rubio) who will trash our Constitution and destroy our country. 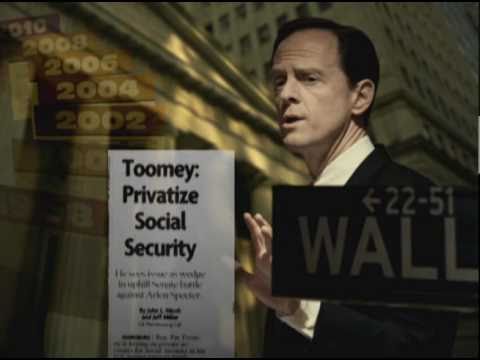