Former President Barack Hussein Obama has been out of office now for one year and two months. He hasn’t quite been sitting around the pickle barrel reflecting on days gone by. His post-presidency is a more shadowy world of intrigue and political manipulation.

Barack and Michele Obama left the White House and moved into a rented mansion just two miles from the White House. They continue to advance his post-presidency obstructionist agenda against Donald Trump and the American people.

But this is not the type of protest where one hands out leaflets on the street corner. Obama is a professional community organizer. His brand of political interference is more in the fashion of professional agitator, leftist Saul Alinsky; Obama’s hero.

This disruptive shadow government involves the cooperation of former allies in the intelligence community and the media to overrule the people’s common interests. Liberals have never accepted the presidential election results and its proscribed doom of the world they know. 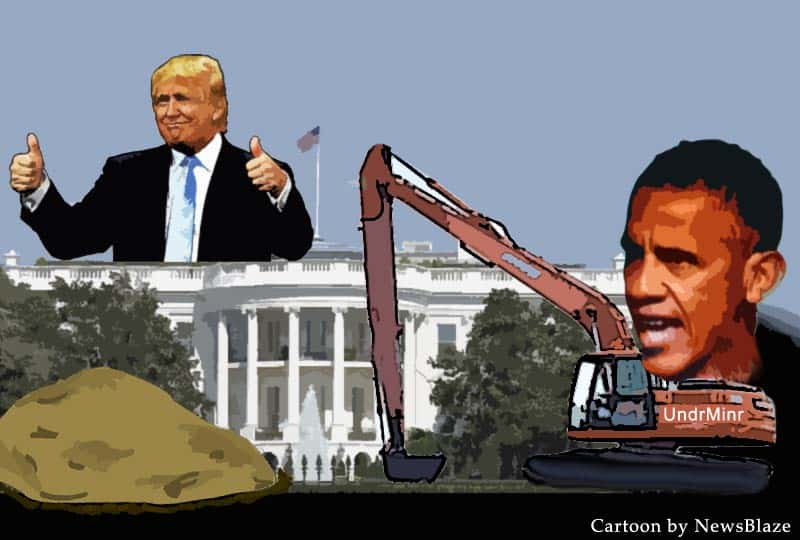 It is too easy to throw around wild conspiracy theories. The facts are Obama’s organization is called Liberty Alliance and it is run by a man named Onan Coca. Their mission is to infiltrate and obstruct the new president in every way possible. From day one of his post-presidency, Obama sent an email to his supporters encouraging them to “stay engaged” and promised “I’ll be right there with you every step of the way.”

What does that exactly mean, “stay engaged?” He is the man who said he would “fundamentally change America.” He does not adhere to the peaceful transition of power as this country has enjoyed for 240-years. For those who are skeptical of this assertion, I direct them to Saul Alinsky’s doctrine for taking power.

Anarchy was the founding principle of Alinsky’s doctrine. Obama will undermine the fundamental values of the American people for his own political gain. He is dedicated to what he perceives as his “legacy.” His new shadow government is in full operation. He will not go gently into that good night as his arch enemy, Donald Trump, dismantles his extremist left wing policies.

Then there is Organizing for Action. It is a political group first set up after Obama’s initial presidential campaign. Now 14 field organizers have been hired in key states. They are part of more than 250 offices nationwide and in excess of 32,000 volunteers. They’ve amassed over $40 million in contributions to date.