Donald Trump has been promising the American people for three years that Mexico would eventually build the wall along our southern border. It has been satirized, belittled and scoffed at constantly by the left.

But a virtually unnoticed event occurred last Monday that the left chose to ignore purposely. It was the announcement of a new “trade deal” with Mexico by President Trump.

This “new deal” will replace the unfair NAFTA agreement signed 20-years-ago by then President Bill Clinton. The new trade deal with Mexico will save this country tens of billions of dollars over the next several years, if not hundreds of billions. 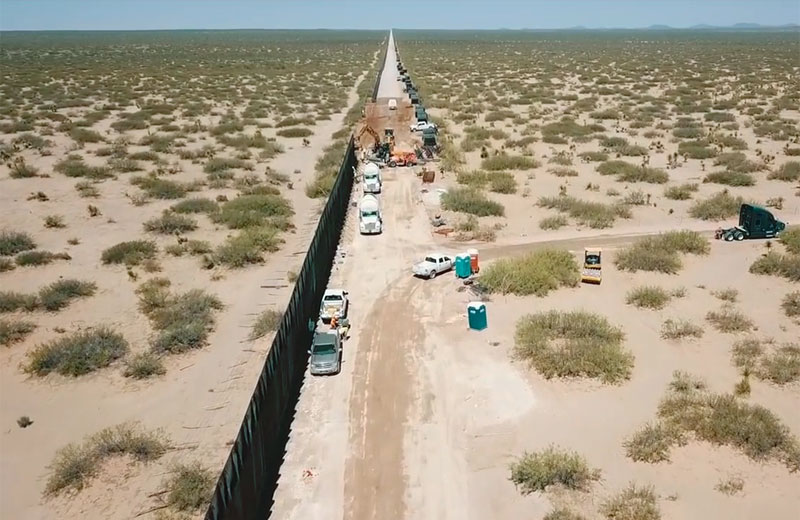 Paying For The Wall

That money will be more than enough to, you guessed it, pay for the wall. Does anyone doubt that businessman Trump had this in mind all along?

Mexico is paying for the wall. The president has fulfilled his promise while the Democrats and their allies in the media ignore it. They will spin the entire deal as something else like “racism” or “ethnic cleansing;” whatever. But the truth is Trump found a way for the Mexicans to pay for a wall they have forced the U.S. to erect.

The new agreement not only will pay for the wall, but benefit US workers, carmakers and manufacturers. That doesn’t even begin to tell the full story of the many benefits it provides US taxpayers.

NAFTA, the “worst trade deal ever” according to Trump, is officially terminated. In its place rises an agreement both countries can now live with and US companies and taxpayers can be gleeful for.

The border is estimated to be a $25 billion project. Whether the Mexican government is aware of it or not, Trump just forced them to pay for the wall. The president has accomplished what establishment politicians of both parties couldn’t do for decades.