The Iran Nuclear Agreement is up for discussion again, more than three months after the Obama administration passed into history. According to Politico, Republican leaders of the House Oversight Committee said Friday they launched a sweeping investigation.

The intention is to ascertain whether the Obama administration undermined an ambitious U.S. counter-proliferation effort to thwart Iranian weapons trafficking networks. The suspicion is that may have been a case of Obama negotiators trying to win approval from the Iranian government.

A total of 13 Republican senators have demanded answers about whether the Obama administration jeopardized U.S. national security, according to the Politico report. Did they have protracted and top-secret negotiations with Tehran while deceiving the American people about their intentions? Were the terms of the two deals reached – above board?

In the original April 24th report, the Obama administration significantly hampered a federal law enforcement effort known as the National Counter-proliferation Initiative as it was making remarkable strides in thwarting Iran’s illicit weapons proliferation activities. During the public discussion of the two deals reached, key administration officials downplayed the threat posed by the Iranian traffickers they were freeing as part of the swap that also freed five Americans held by Iran.

The discussion was based only on seven Iranian-born men in the U.S. whose convictions or prosecutions were being dropped as part of the swap. They were described as “civilians” involved in mere sanctions-related offenses. That did not include terrorism or any violent offenses.

The truth is that many of the men and 14 other Iranian fugitives not named publicly by the top Obama officials were accused or convicted of bigger crimes. Those crimes stemmed from alleged involvement in clandestine networks supplying Iran with parts and technology for its weapons, ballistic missile and nuclear programs.

The Justice Department had characterized many of them as threats to national security, the investigation found. On May 5th, Republican Reps. Jason Chaffetz and Ron DeSantis asked Attorney General Jeff Sessions to produce an exhaustive volume of Justice Department documents that they said would “help the Committee in better understanding these issues.”

Chaffetz and DeSantis want all documents relating to the January 16, 2016, prisoner exchange agreement with Iran, including the negotiations that preceded it. That also means information about the 21 Iranian-born men for whom the U.S. dropped convictions or charges and international arrest warrants.

Did Obama’s State and Justice Department delay or block efforts to lure Iranian suspects to U.S.-friendly countries so they could be arrested? That is what the Politico report reveals.

The two congressmen want to know about “any Iranian national or entity investigated for, charged with, or convicted of engaging in violations of export controls, terrorism, arms sales, nonproliferation, money laundering, or other financial crimes, from January 1, 2013, to the present.” 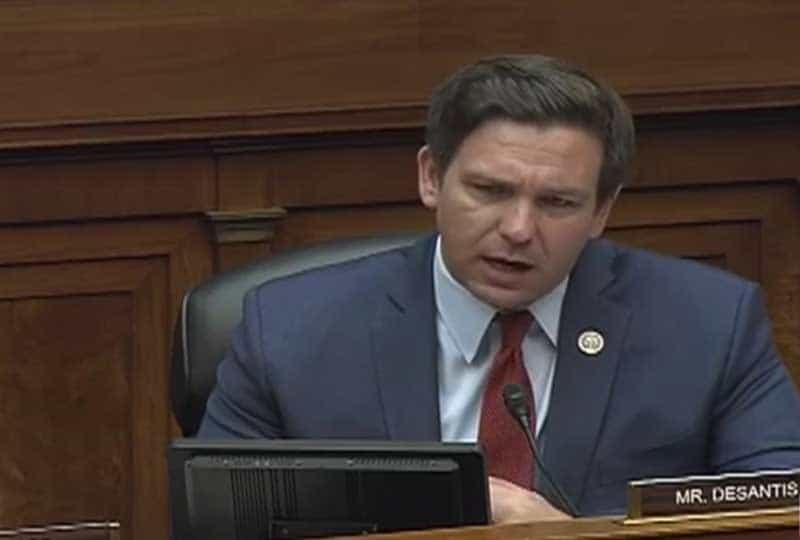