The Mueller investigation into so-called Russian collusion with the Trump presidential campaign has been going on for over a year. It has long been speculated on when the rank and file members of the FBI would speak up about this ongoing inquiry into an instigation without end.

It appears that is about to end. There have been ongoing rumors and innuendo about the dirty deeds of Obama’s FBI, but little proof to this point. The American people do know that former FBI Director James Comey used a secret warrant process to obtain information about the Trump campaign without a judge’s approval.

It is also well known that the FBI had an undercover spy on the campaign. That person was feeding the Bureau information from the inside. There are rumors that the FBI may have had two spies on the political campaign of a private citizen. The image of that should be as frightening to Democrats as it is to Republicans. This is an infringement on all Americans’ constitutional rights.

But now comes word that a number of Republican lawmakers are demanding a second special counsel. It would specifically be utilized to investigate exactly what the FBI did during the 2016 campaign. It is more than a bit apparent that Comey willfully demonstrated extreme incompetence.

Furthermore, the stark fact that Mueller’s investigation has not provided one shred of evidence to substantiate its original mission should be proof enough that something is very wrong with this entire picture. It has indeed become an investigation without end or purpose.

It is also a dark shadow over the entire FBI. Republican lawmakers are pushing for another investigation especially for the rank and file members of the FBI. The rank and file are not politically motivated like the top brass they serve. They need the opportunity to present their story in a manner where they are without fear of recriminations.

What exactly happened during 2016? The best way to find out is from the people assigned to carry out the orders from the top.

There are more than a few field agents that hope Congress does indeed subpoena them. They are anxious to reveal the problems they had with Comey and former Deputy FBI Director Andrew McCabe. That is the narrative circulating around Washington these days as the investigation drags on with no final result in sight.

More than ever, it appears this trumped-up investigation is politically-motivated. It has been staged to frame the president and force his impeachment.

If this can be proved, it would be far bigger than the Watergate scandal. It would include some of the highest ranking members of the Washington elite. It would also provide the possibility that many of the nation’s biggest political names could face severe punishment and possible imprisonment.

Where this investigation goes from here rests on the testimony of FBI field agents sworn to tell the truth. They are reported to be anxious and ready to remove the damage higher-ups have done to the Bureau’s reputation.

Former federal prosecutor Joe DiGenova told The Daily Caller that FBI field agents welcome the opportunity to have their day in court. As he put it, “They are just waiting for a chance to come forward and testify.” 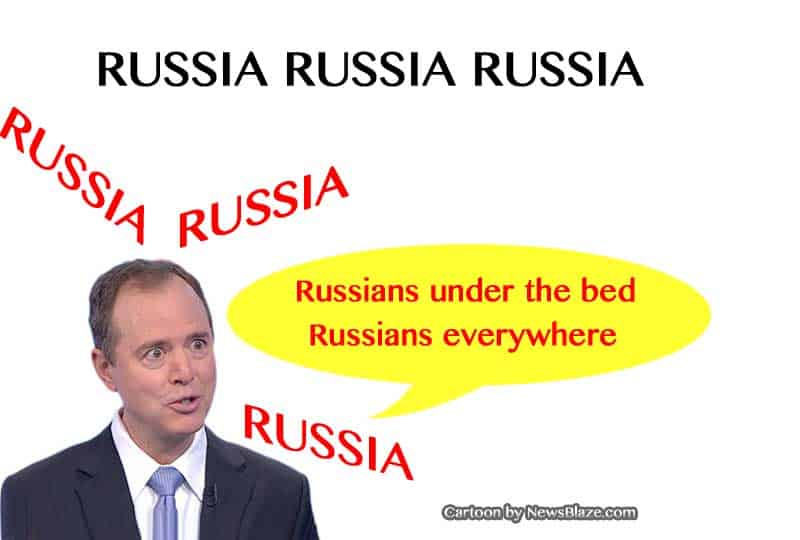