The cry for Donald Trump’s impeachment fills the airwaves of America. Every day brings new and “damning” evidence that it is time to remove this man from office.

MSNBC and CNN (among others) reporters, anchors and guests cry the word “impeach” in the same breath as “Good morning” or “Pass the salt.” Last Wednesday alone, the word impeachment was uttered an amazing 222 times between 6 am and midnight on the two “news” networks mentioned above.

Speculation rages through the liberal media like a feeding frenzy among wolves. The liberal fourth estate wants revenge for their loss in the presidential election and they are acting upon this blood lust 24/7. They say American voters are idiots and they as the protectors of all that is right will set the record straight.

Ironically, most responsible Democrats in Congress remain mum on the use of that word. They shy away from discussing it on camera and play coy with reporters who insist on the topic. 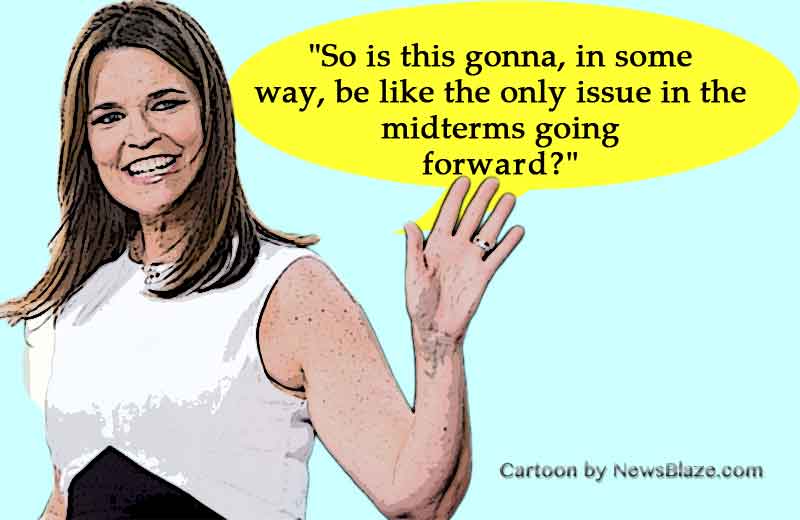 While the media radiates the vision of Richard Nixon’s resignation in 1974, the party they manipulate and speak for remains silent, aside from loose cannons like Rep. Maxine Waters who couldn’t lose an election in her district if she was wanted for mass murder.

So-called “journalists” on the left, are merely puppets of their bosses’ dictums who relish in the speculation of Trump’s demise. They are so desperate for this false narrative they will create their own facts for the “newscasts” they conduct all day and all night.

Facts are of no value at MSNBC or CNN (among other news outlets). The operative word that builds their reactionary audience is “impeachment.” It sells advertising and steadies their ratings, which are at record lows. The ironic part of all this is those very ratings would be far lower without their whipping dog, Donald Trump. What would they fill their days and nights with, without him?

But the very Democratic politicians they prop up want no part of this carnival of hysteria. They understand impeaching a president is more than mere words. They remember how Republicans fared in the 1998 midterms when they successfully impeached President Clinton.

It is more than wishful thinking for left-wing talking head network commentators to expect 60 senators could convict the president instead of the required 67. Maybe professional opinion mouthpieces such as NBC’s Chuck Todd and Savannah Guthrie think its reality, but their livelihood isn’t on the line as they act like cheerleaders at a public hanging.

They ask “intelligent” questions that are well researched like Guthrie’s brilliant, “So is this gonna, in some way, be like the only issue in the midterms going forward?” That was four years of journalism school put to good use. But Todd’s answer is even better with, “I think it’s possible.” That had to mean grad school for the brilliant retort.

The harsh reality for Democrats being goaded by their media handlers is this: Rational Americans don’t want to impeach a president for something he might have done before he was elected. And there is a growing anger among many potential voters that this is more about revenge than it is about any sort of justice.

The Democratic Party justifiably is fearful that such impeachment actions concerning what Trump did before taking office will explode in their faces. The country has been in standstill motion for two years for this?

The leader of this impeachment frenzy is none other than billionaire Tom Steyer. Tom has nothing to lose. He’s putting up $120 million of his money to get the job done, but are the Democrats holding the torches and the rope for him? No way.

Frightened Democrats fearful of their careers need look no further than Tom’s past judgment. His talent for picking winning candidates is horrible at best.

He’s already built a list of 5.5 million impeachment-crazed Americans, but they are not in jeopardy of incurring the wrath of the American electorate.

The media is having a field day with talk of impeachment that they mostly contrived. They are doing the grunt work for scared Democrats in Washington. But if this goes forward, it won’t be Todd and Savannah having their votes scrutinized by an infuriated country.